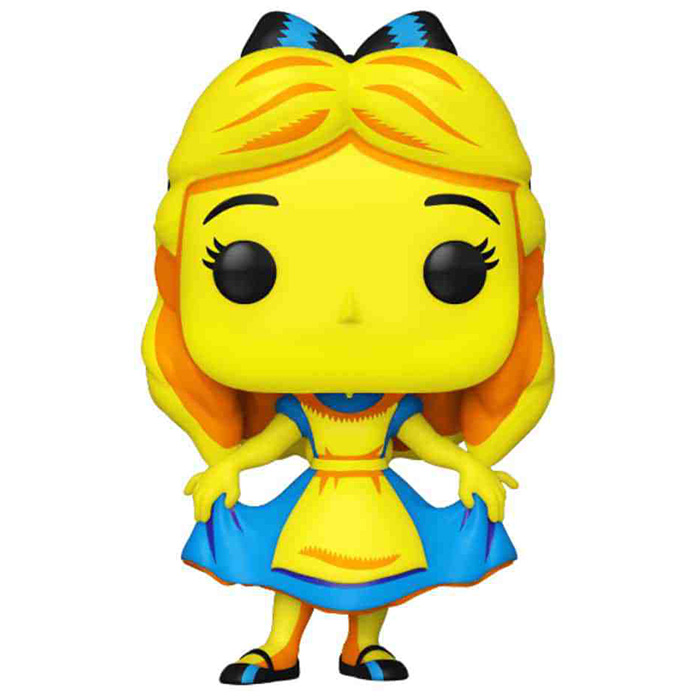 Alice is the heroine of the famous Disney cartoon adapted from Lewis Carroll’s delirious novel Alice In Wonderland. She is a little English girl living at the end of the 19th century. At the beginning of the film, she is in her garden and is bored listening to her sister reading a book without a picture. She falls asleep and it is then that she sees a white rabbit with a watch that he repeats that he is late. Intrigued, she follows him down the rabbit hole and begins to fall for many minutes. When she gets down there, she finds herself in a strange world where nothing seems to make sense and each character seems crazier than the last. She tries to ask for help to find her way back but no one seems willing to help her. That’s when she finds herself in the castle of the Queen of Hearts and everything gets even crazier for the young girl. 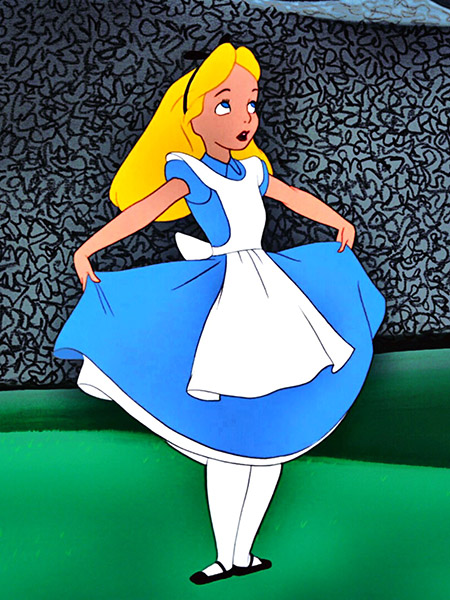 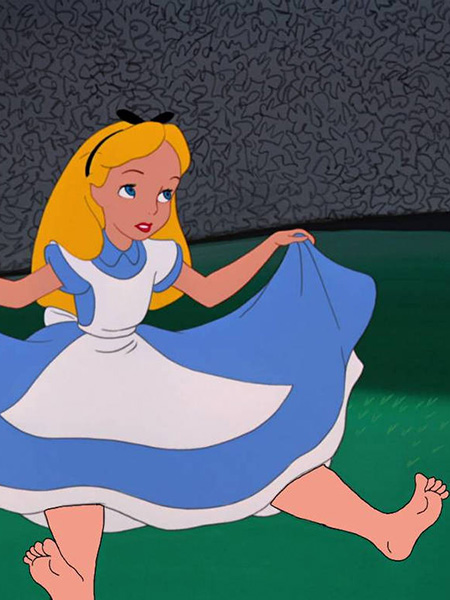 An Alice in a crazy world

For this special version of Alice, Funko depicted her with colors made to be seen in black light. She is standing bowing to the queen. Her skin is all neon yellow and her long blonde hair is the same color with orange shading. Her dress is blue with dark blue shadows, her apron and tights are the same yellow as her skin and her hair and shoes are black with a touch of light blue to create light. The same goes for the bow in her hair. 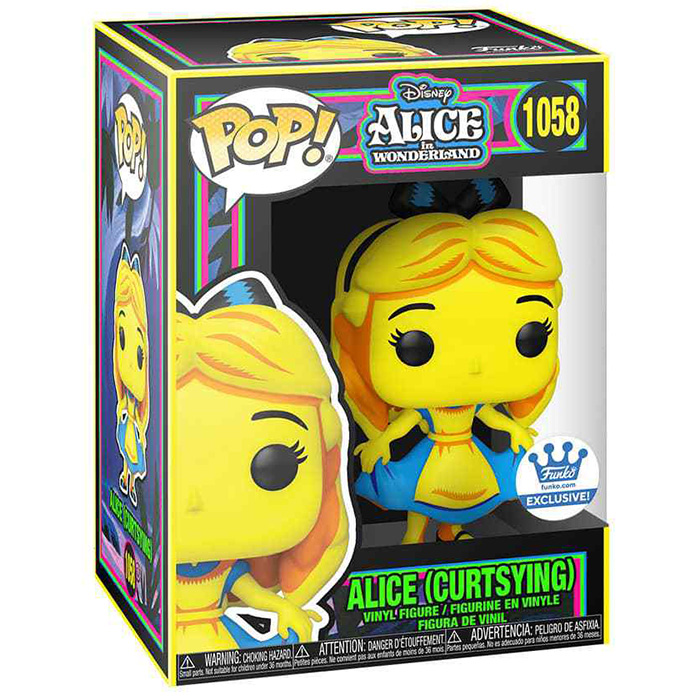