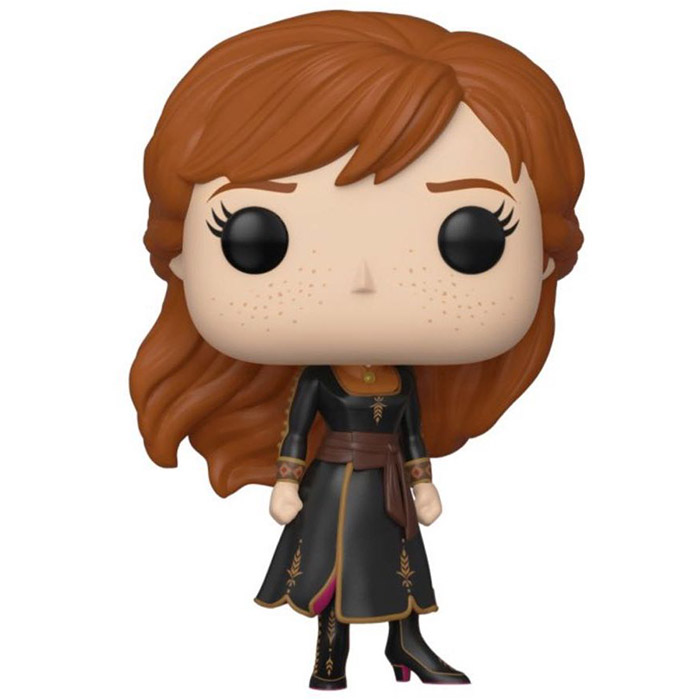 Anna is one of the main characters in Disney Studios’ animated Frozen 2, a sequel to the first installment loosely based on Andersen’s fairy tale, The Snow Queen. In this second opus, Elsa has become queen, Anna assists her and all is well in the kingdom of Arendelle. But Elsa has dreams that disturb her and make her wonder where her powers come from. When she unwillingly awakens forest spirits, Anna, Kristoff and Olaf accompany her to try to appease them and at the same time learn more about the family history of the two sisters. Once again, Anna will prove that she is determined and always there for her sister. In the end, when Elsa decides to stay in the forest when she learns that she herself is part of the spirits, Anna becomes Queen of Arendelle and proves that she is a worthy queen. 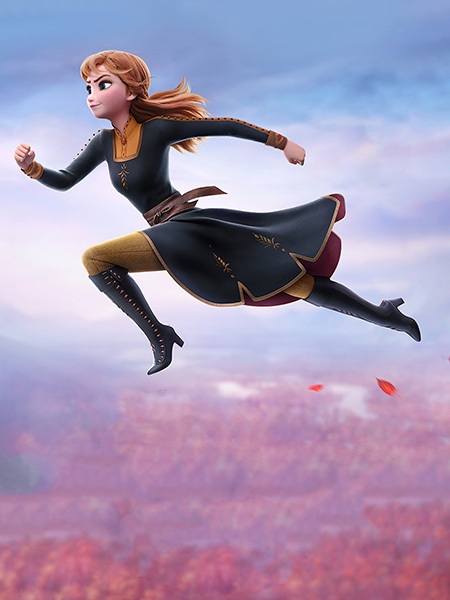 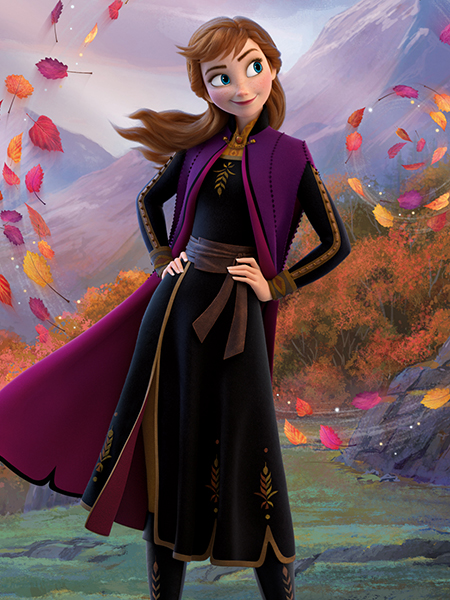 Back to the adventure

Anna is shown here wearing the black dress she wears for the majority of the film. This dress is in fact a sort of long tunic and where it is slightly lifted by the wind, we can see that she is wearing pants and boots underneath. There are golden patterns representing some kind of ears of wheat and she wears it with a wide brown belt. On her head, we can see her long red hair falling in bangs on her forehead, as well as her freckles. 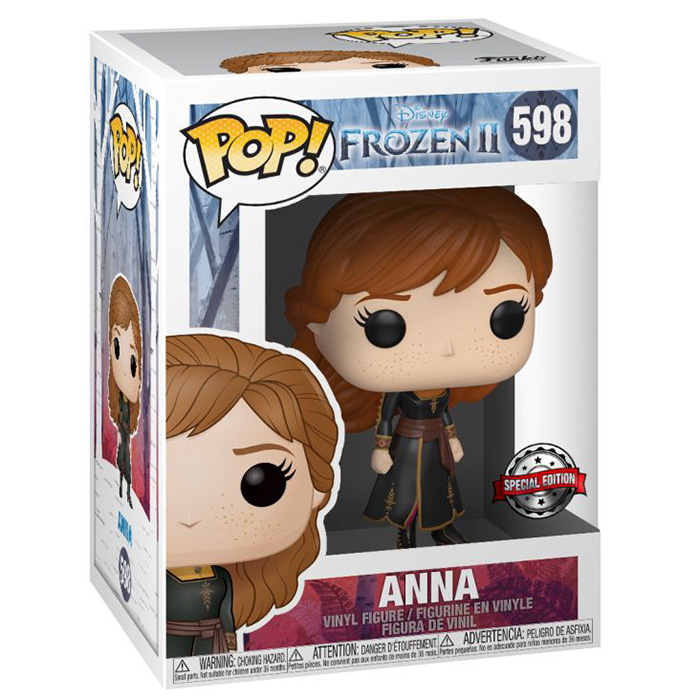