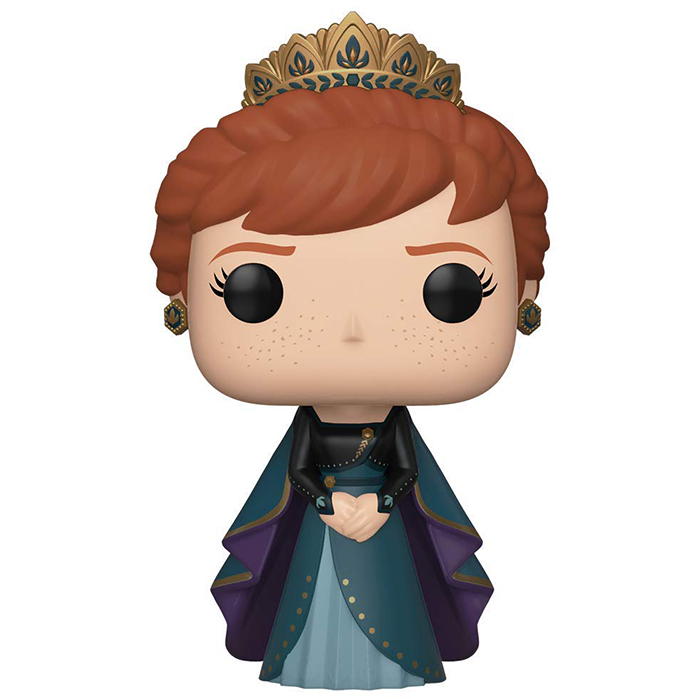 Anna is one of the main characters in the film Frozen 2 following the first installment of the popular Disney Studios cartoon based on the Andersen fairy tale. At the beginning of the film, Elsa has gotten used to her role as queen, but she is still troubled by dreams and memories. Unwittingly, she awakens the spirits of the nearby forest. Anna, Kristoff and their friends will have to go with her to try and solve the mystery surrounding this and stop the threat to Arendelle. But while Elsa will have to go on alone, Anna will also have to face physical and mental hardships to join her people. Eventually Elsa will discover that she herself is part of the spirits and will decide to stay and live with her people, leaving Anna with the crown of the kingdom of Arendelle. 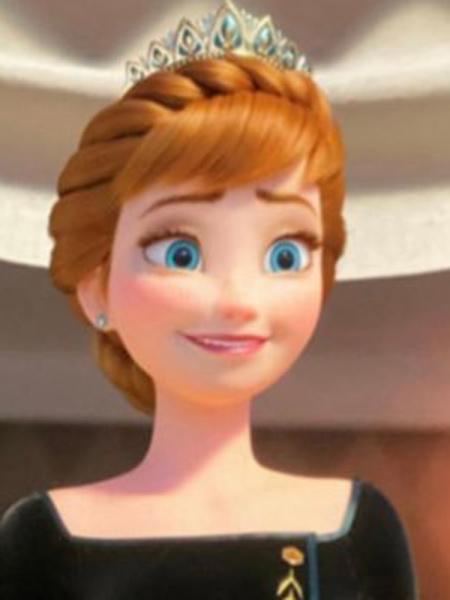 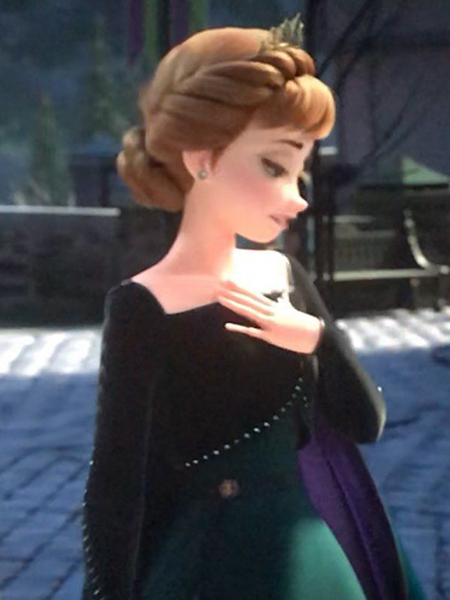 A Queen Fit for Arendelle

Anna is shown here in the outfit she wears at her coronation at the end of the film. She wears a darker colored dress that emphasizes the importance of her role. It is a dark green dress, partly open over a lighter, pleated petticoat. Over it, she wears a kind of short black jacket with long sleeves and still some vegetal details. Finally, she wears a long green cape with golden edges and purple interior. On her head, her hair is pulled back into a strict bun with the golden crown with green plant details on her head. She also wears earrings that match her crown and freckles on her cheeks. 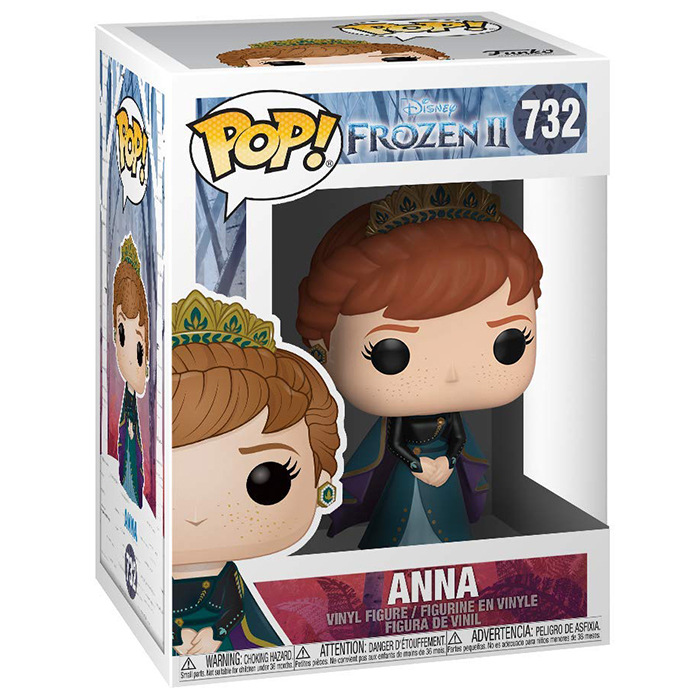