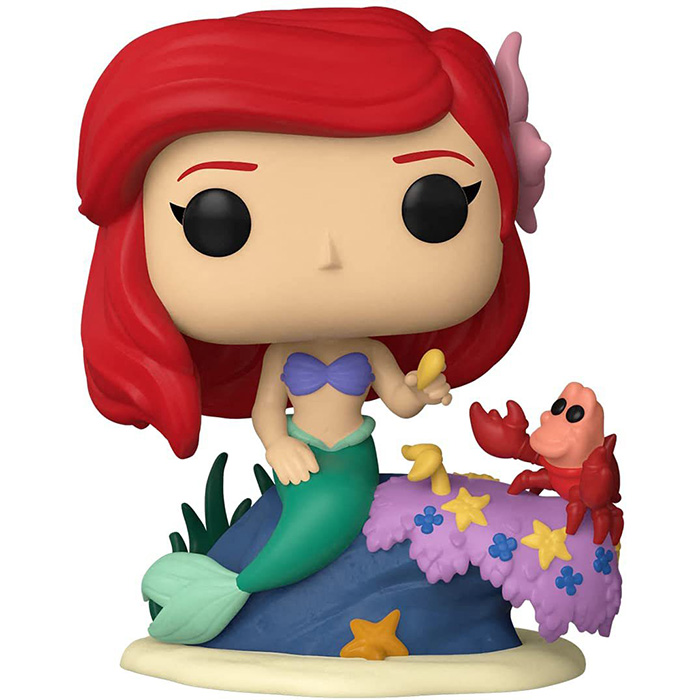 The Princess of the Sea

Ariel is the main character in the Disney Studios cartoon The Little Mermaid, based on the famous tale by Danish author Andersen. She is the seventh daughter of Triton, king under the sea. She has always been fascinated by everything that comes from the human world, collecting all the objects that fall into the boats at the bottom of the sea. One day, she saves a handsome prince who falls into the water during a storm and falls in love with him. Her father forbids her to see him again or simply to go and spy on him, so she goes to see the witch Medusa who offers to give her legs instead of her mermaid tail in exchange for her beautiful voice. She can have it back if the prince falls in love and kisses her within three days. Otherwise she will become Medusa’s slave. Ariel accepts and it seems that the prince is indeed falling in love with her but Medusa has not said her last word. 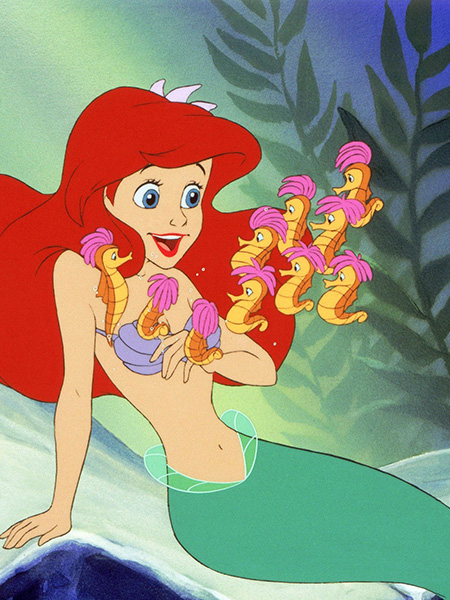 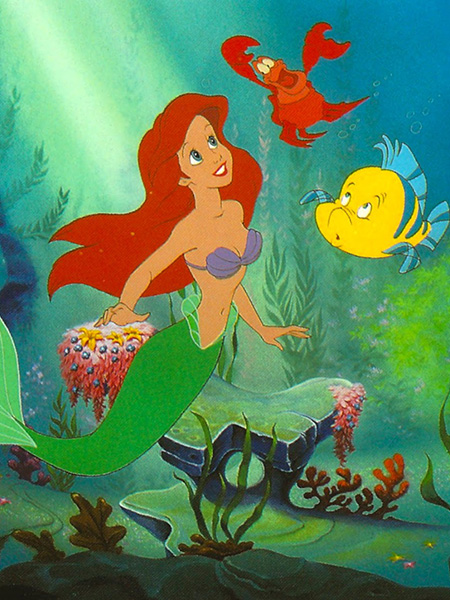 Ariel on her rock

For this ultimate version of this princess, Funko has depicted Ariel on her rock on the sand. There are pieces of seaweed, starfish, flowers and the lobster Sebastian. Ariel is sitting in a mermaid version with her green tail on the side and her purple shell bra. At the head, we find her long red hair decorated with a large pink starfish. 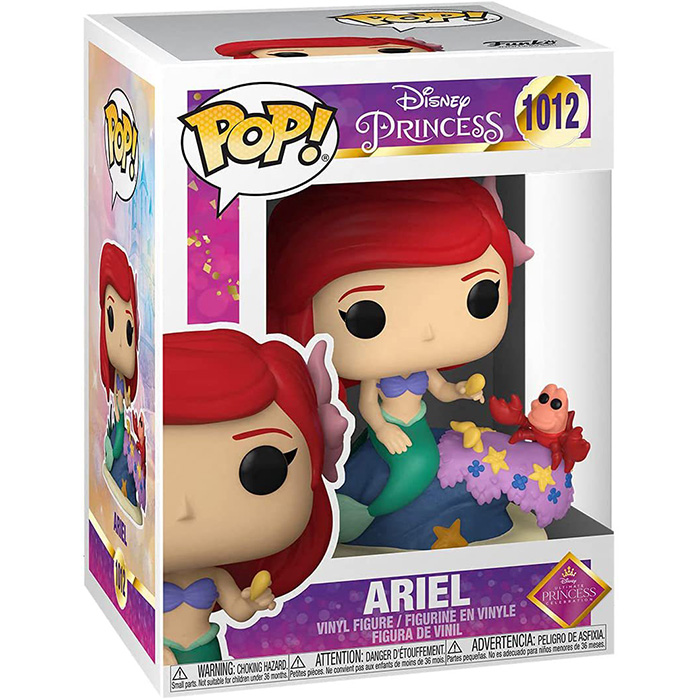