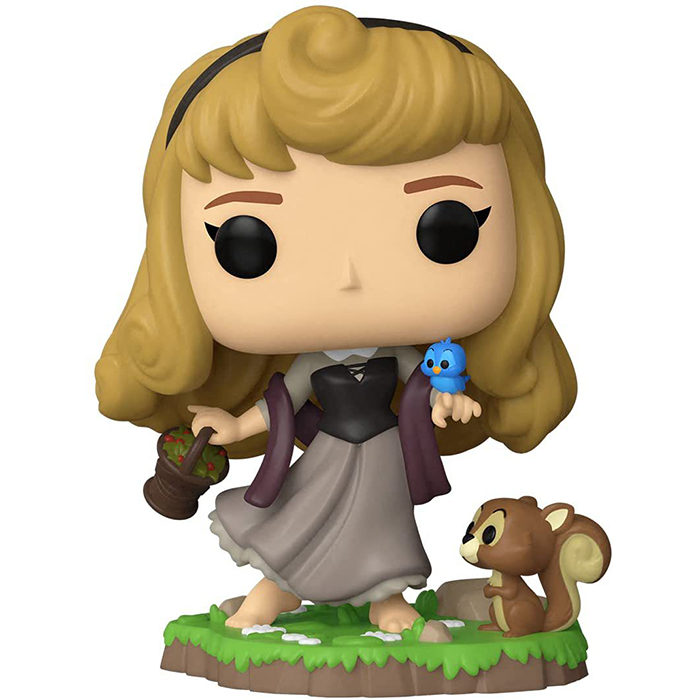 Aurora (Aurora in VO) is the heroine of Disney’s Sleeping Beauty cartoon based on the famous Grimm brothers’ tale. Aurora is the daughter of the rulers of a medieval kingdom. As the queen has had trouble having a child, Aurora’s birth is particularly celebrated. But the evil fairy is very angry that she was not invited to the christening and casts a spell on the little girl saying that she will prick her finger with the tip of a cattail on her sixteenth birthday and die. One of her godmothers, the good fairy, softens the spell but the king decides to entrust his daughter to her so that she can hide her in the forest in safety until she is sixteen. Thus, Aurora grows up without knowing who she is with the three women she thinks are her aunts while Maleficent continues to search for her. 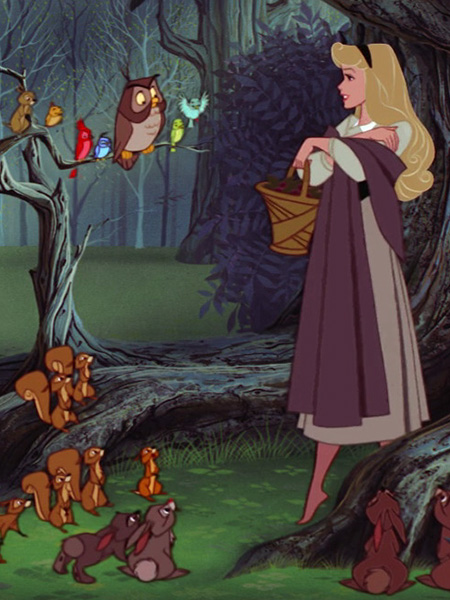 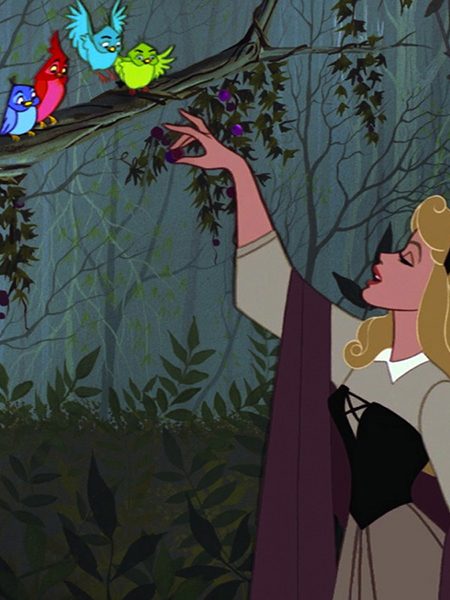 For this ultimate version of this princess, Funko represented Aurora during this scene where she reenacts one of her dreams with the animals of the forest. She is represented on a base with grass and flowers. She is barefoot and wears a grey dress with a black corset and a small white collar and shawl over her shoulders. Her blond hair is nicely represented with small curls and this particular movement at the level of the bangs. She is holding a basket full of berries. A small blue bird is on her hand while a squirrel is sitting at her feet and looking at her. 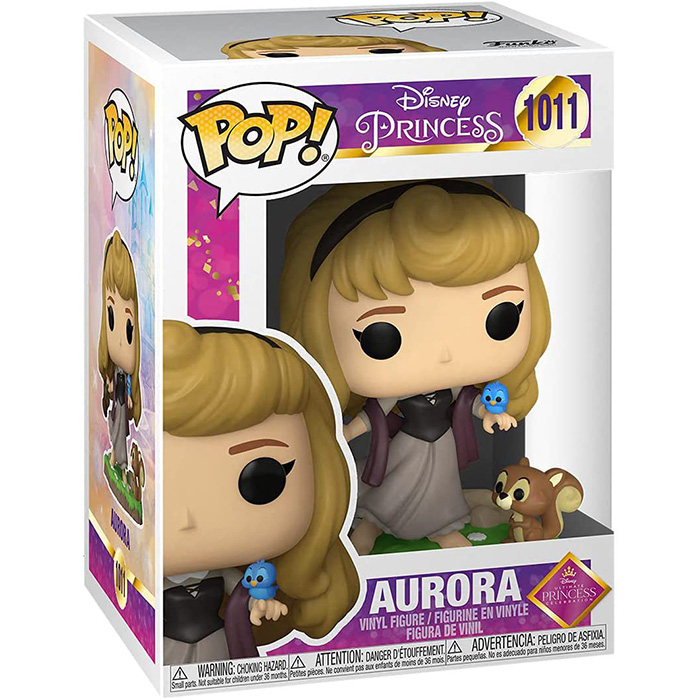