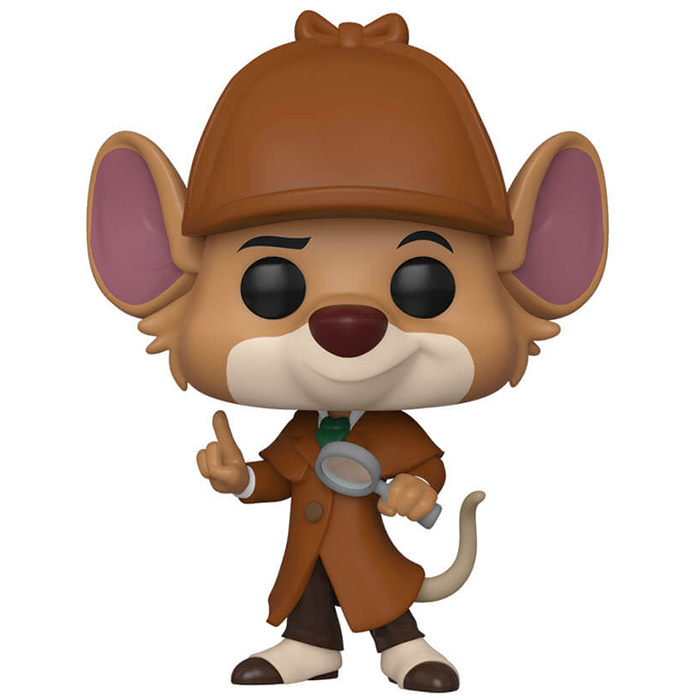 Basil Private Detective (The Great Mouse Detective in VO) is a Disney Studios animated feature film released in the 1980s. It is based on the series of novels by Eve Titus and Paul Galdon, Basil of Baker Street, themselves of course based on the Sherlock Holmes novels by Conan Doyle. In this cartoon set in 1897, Basil, the famous mouse private detective, is asked by Olivia Flaversham whose father, a famous inventor, is kidnapped on his birthday by a bat. Initially uninterested in the investigation, Basil realizes that the bat is an underling of Professor Ratigan, a cruel but highly intelligent rat who rules the underworld and wants to overthrow the mouse queen. Like his human counterpart, Basil is a smart mouse who can see evidence where others cannot and can sometimes behave a little coldly. 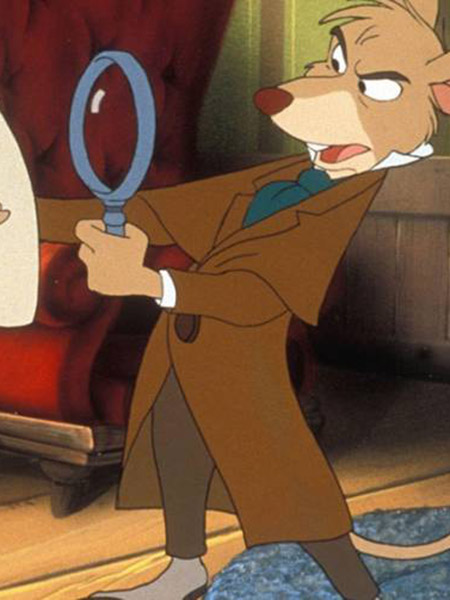 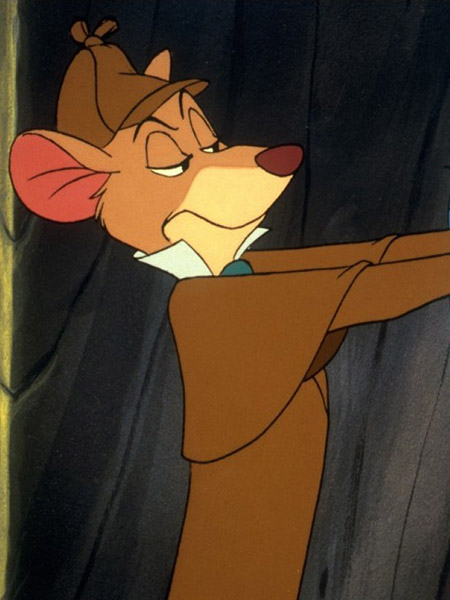 Funko has of course represented Basil with all his typical Sherlock Holmes paraphernalia. He wears elegant trousers with small beige shoes and above all a long brown raincoat with a cuff on the shoulders and his tail sticking out underneath. In one paw, he holds his famous magnifying glass and the other one points a finger forward. On his head, we find his little mouse face with a black nose and two big ears sticking out of his famous Sherlock Holmes hat. 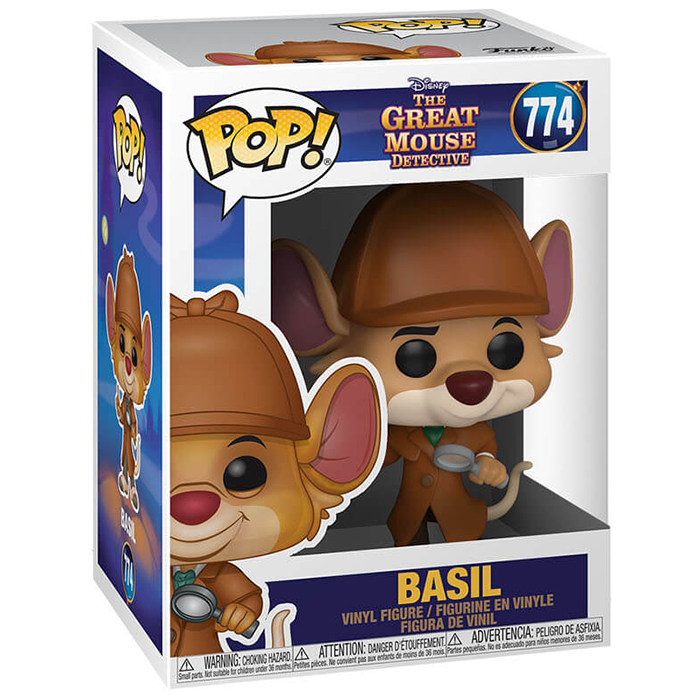