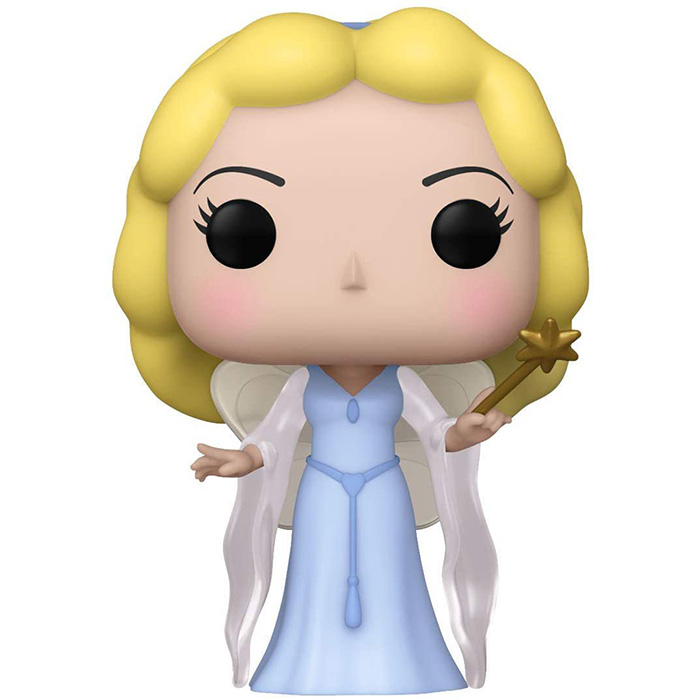 The Blue Fairy is an important character in the Pinocchio cartoon, based on the famous Italian tale of the same name. She tells the story of Geppetto, a modest carpenter who is sad that he never had a child. One day he makes a wooden puppet that he names Pinocchio and for whom he becomes particularly fond. The blue fairy visits him and brings Pinocchio back to life. She promises the old man that if Pinocchio proves worthy, she will return and make him a real boy. With Jiminy Cricket as his conscience, Pinocchio saves his father from the whale and earns the right to become a real boy as the blue fairy promised. 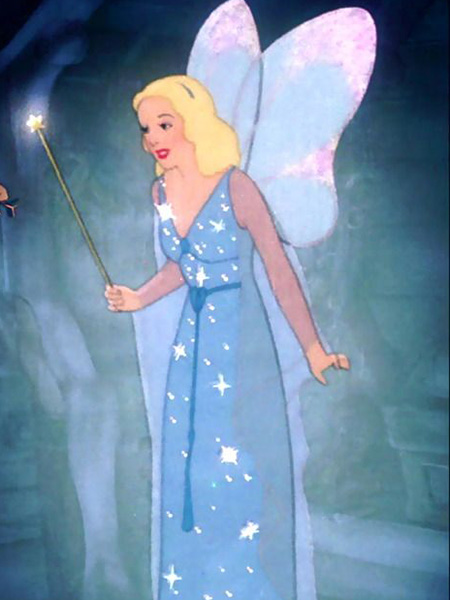 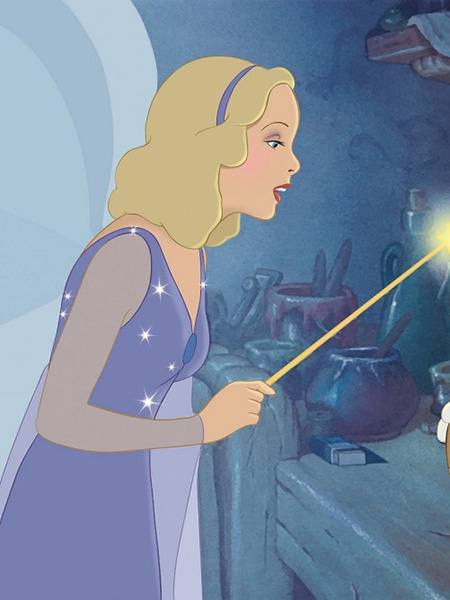 The blue fairy is shown here as she is when she first appears in the film. She is wearing a long blue dress with a small darker belt and a matching jewel at the neckline. The sleeves are white, very long and slightly transparent. Her transparent wings are in the shape of butterfly wings and she holds a golden wand with a star at the end. On her head, she has blond/yellow hair and a blue headband holding it back. 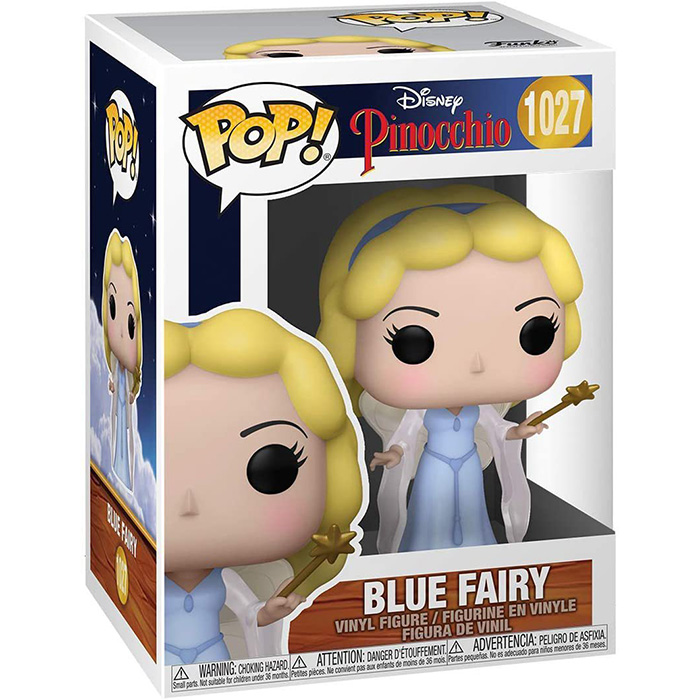