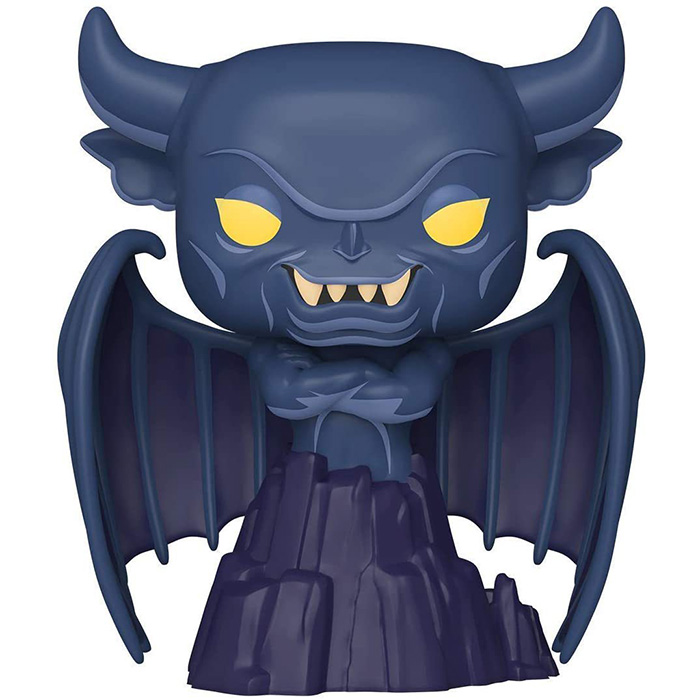 Chernabog is one of the important characters in Disney’s animated masterpiece, Fantasia. Released in 1940, it differs from other feature films released up to that point in time by being much more abstract. Instead of telling a classic tale or story, it was inspired by seven great pieces of classical music. We find Chernabog in the sequence A Night on Bald Mountain. He is a sort of demonic god who wakes up at nightfall and we realize that part of the mountain was actually his wings that spread out. He casts his shadow which flies over the village and awakens the spirits of the dead. He also creates other demons with the green flames of the volcano. But when the dawn comes, he is forced to go back to hide inside the mountain. 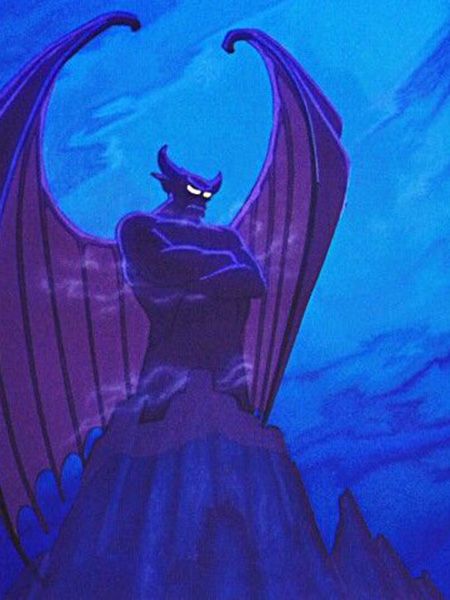 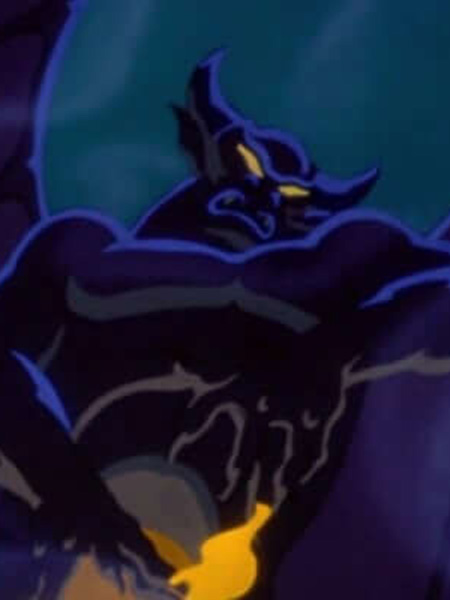 Chernabog is shown here sitting on top of the mountain with his lower body hidden by the dark blue mountain. His body is also blue but a little lighter and he is standing with his arms crossed. His large bat wings are spread out on his back. His head is definitely that of a demon. It has two large horns and two animal-like ears. He has two yellow eyes and prominent eyebrows. Finally, his mouth is open with a devilish grin on four long and sharp teeth. 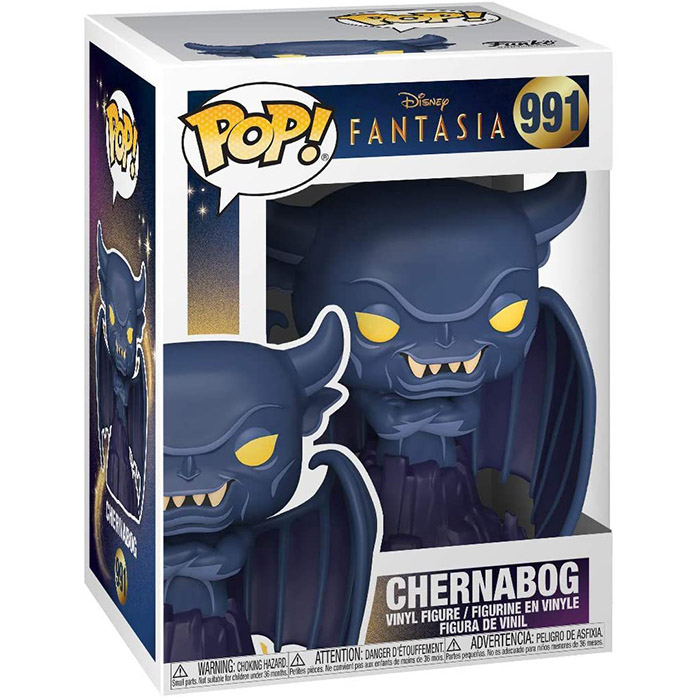