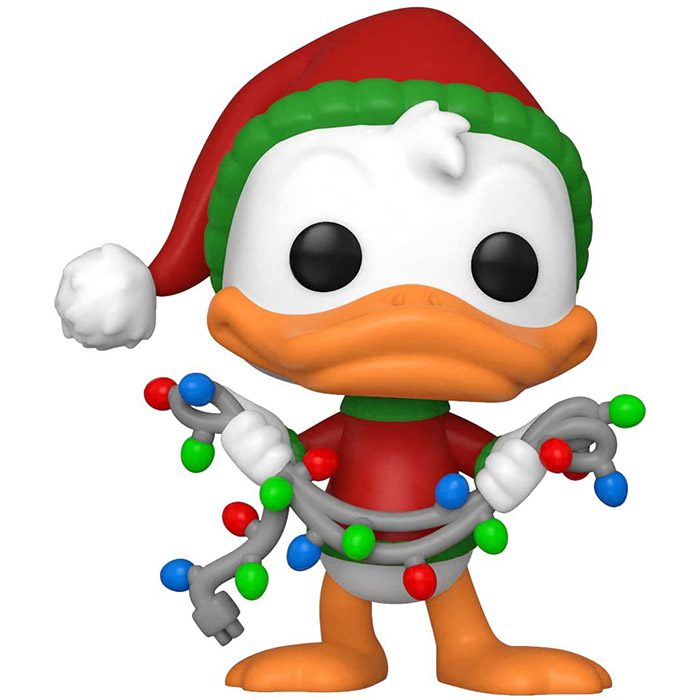 The most famous little duck

Donald Duck is a character from the Disney universe created in 1934. He first appeared in the short film A Wise Little Hen where a mother hen finds a lazy little duck and pushes him to get to work. This little duck is Donald and he soon joins Mickey’s group of friends. This grumpy, angry little duck makes a fun contrast to Mickey’s cheerful personality. With the addition of Riri, Fifi and Loulou and especially Scrooge, Donald will quickly become less popular and almost disappear from the cinematic universe. On the other hand, he will keep a certain place in the paper versions of Mickey’s adventures, notably thanks to Carl Barks. And he is particularly popular, still today, in the Nordic countries. We also find him in an important role in the popular video games Kingdom Hearts. 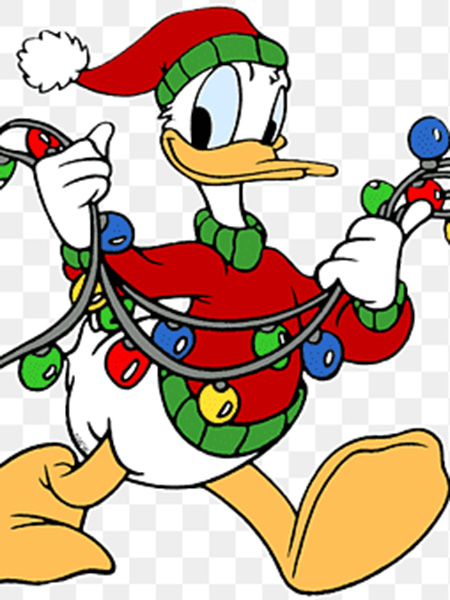 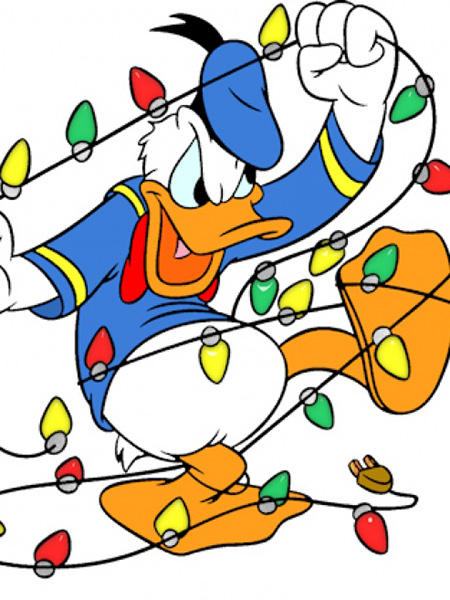 Funko has depicted Donald here with a festive outfit on the occasion of Christmas. He is wearing a red and green sweater instead of his usual sailor outfit. He stands as always on his two webbed hind legs and with the two hands he has instead of wings, he holds a string of lights. Finally, at the level of his head, we find his big orange beak and a red and green cap matching his sweater. 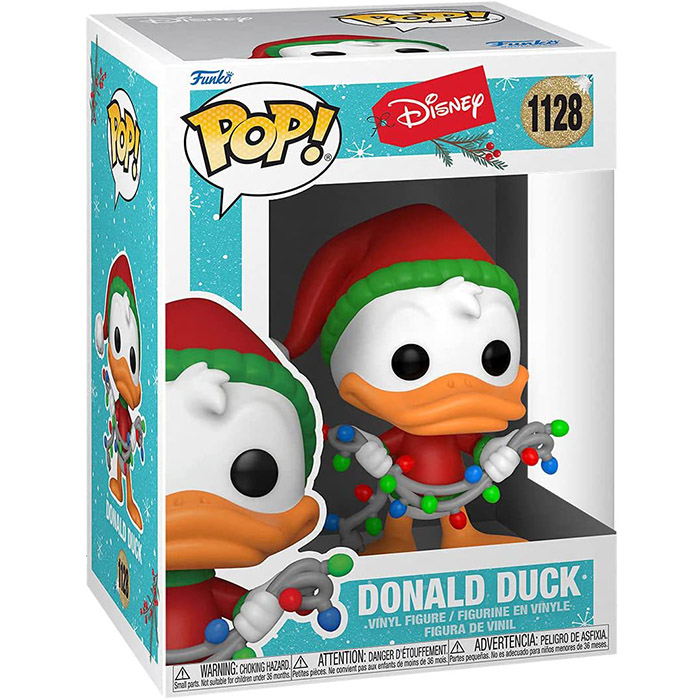