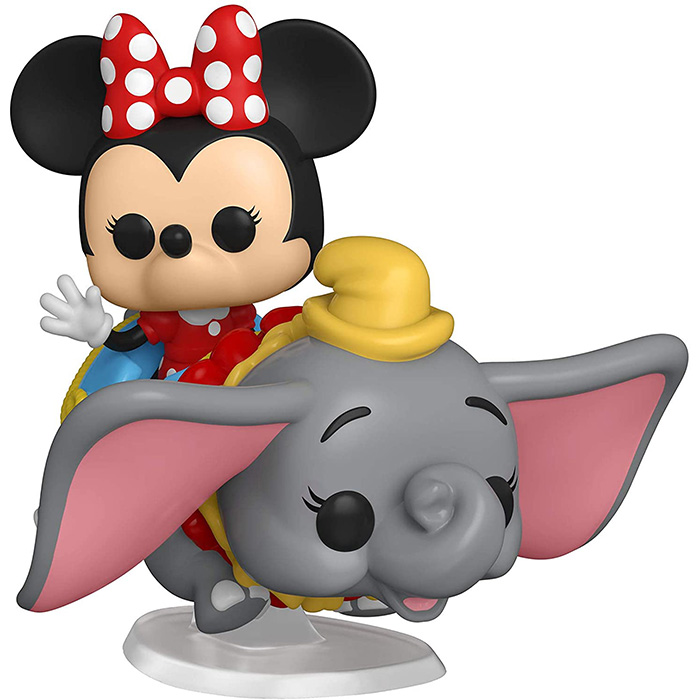 Dumbo the flying elephant is one of the oldest attractions in the first Disneyland park and the only one to be present in all Disney parks with a castle. It should have been running when the first park opened in July 1955 but finally opened only one month later due to technical problems. It is of course based on the famous cartoon of 1941 telling the story of a young circus elephant who will manage to escape and fly away thanks to his oversized ears. The attraction is a kind of carousel with sixteen cars that turn in a circle and that the passengers can operate themselves so that they go up or down. Originally, the sixteen cars were not all supposed to represent Dumbo but the elephants from the flying elephant scene in the same movie. Minnie is Mickey’s girlfriend and one of the oldest characters in the Disney world. It is therefore logical that she is represented on this figurine celebrating the 65 years of the park. 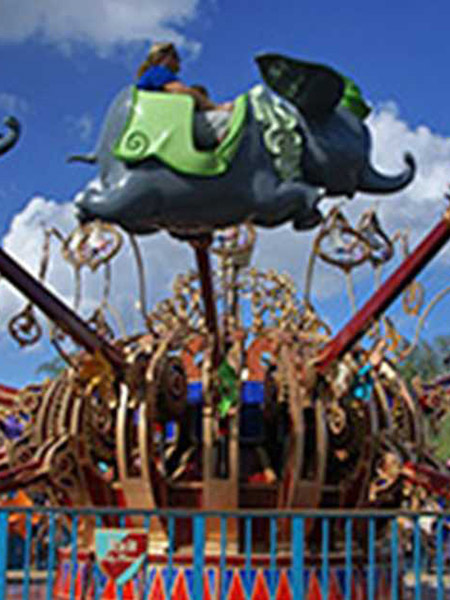 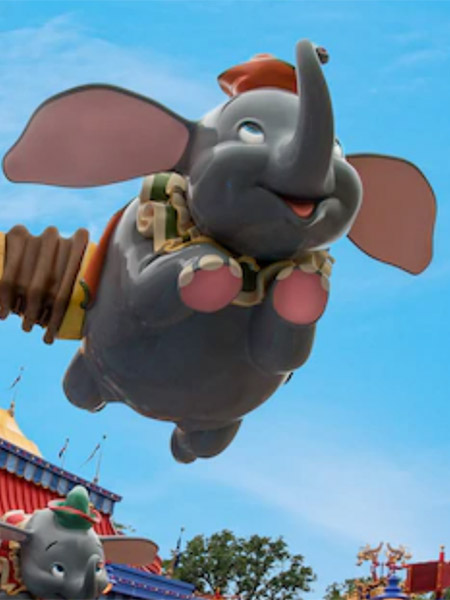 On the occasion of the 65th anniversary of the first Disneyland park, Funko has represented one of the cars of the Dumbo attraction. It represents Dumbo with his big ears giving the impression that he is flying on a transparent base. He is wearing his red and yellow circus outfit and the matching hat on his head. His mouth is wide open and his trunk is curling. Minnie is on Dumbo’s back and is wearing her usual red dress with white polka dots and a small white collar. She is also wearing a big matching bow between her ears. 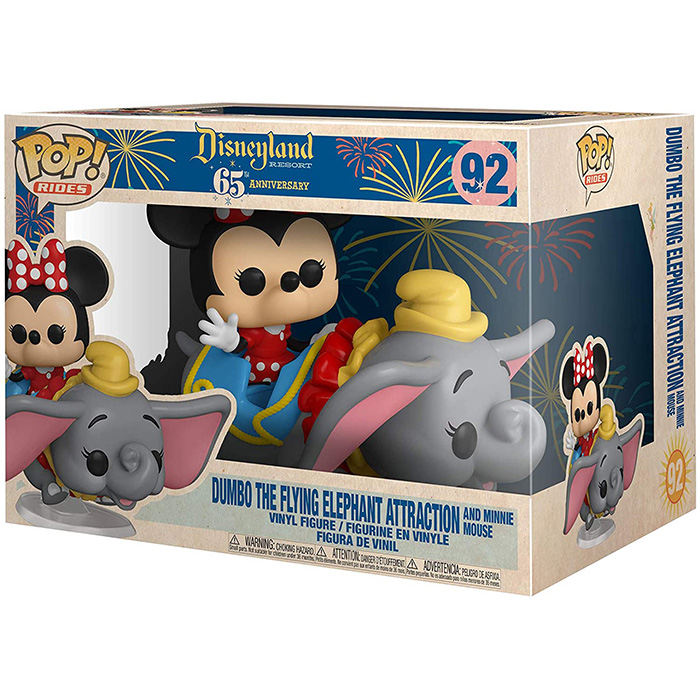