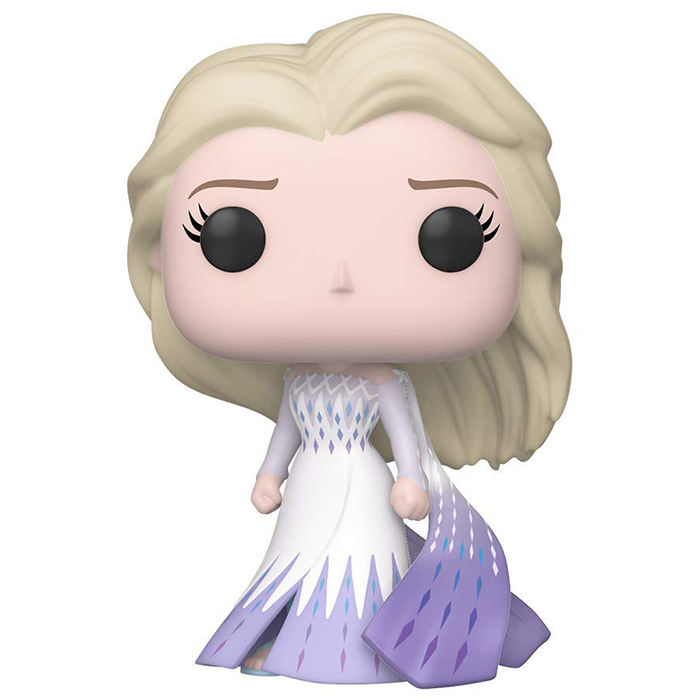 The sources of power

Elsa is back for more adventures in Frozen 2, the sequel to Disney’s hugely popular first cartoon. Now Queen of Arendelle, she has become quite comfortable in her new position and her people are happy. But she is troubled by dreams and memories related to a battle that took place when her grandfather was king and which is the reason for the strange mist that has covered the nearby forest ever since. One night, she unwillingly awakens the spirits of this forest that now threaten the safety of the kingdom’s inhabitants. She will therefore go in search of answers concerning these events but also the source of her magic, a mystery that her parents died before solving. She will then discover that her mother being native of this famous forest, she is in fact the fifth spirit who will allow to appease all the others after having restored the truth. She will then leave the crown of Arendelle to Anna and go to live with her people and the other spirits in the forest. 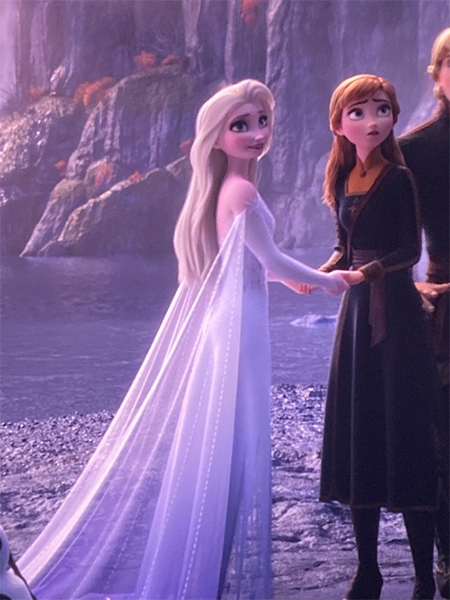 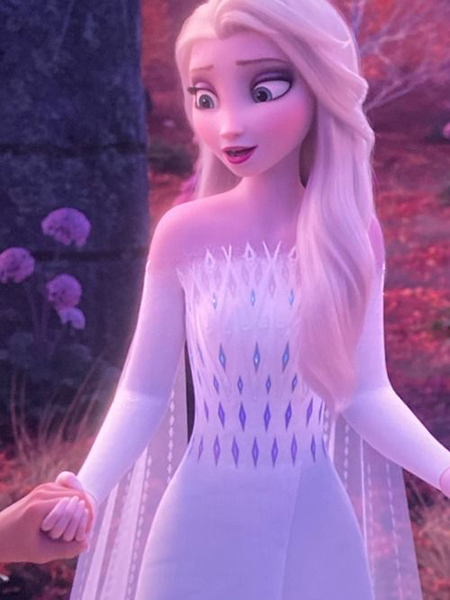 Elsa is shown here with the dress she wears at the end of the film when she has joined her people in the forest. It is a long white dress with a purple bottom and a lighter purple top with geometric patterns still reminiscent of ice. She also wears a kind of cape with the same patterns but as cut in two and almost giving the impression of wings. Finally, her long blond hair is completely loose and flying freely behind her. 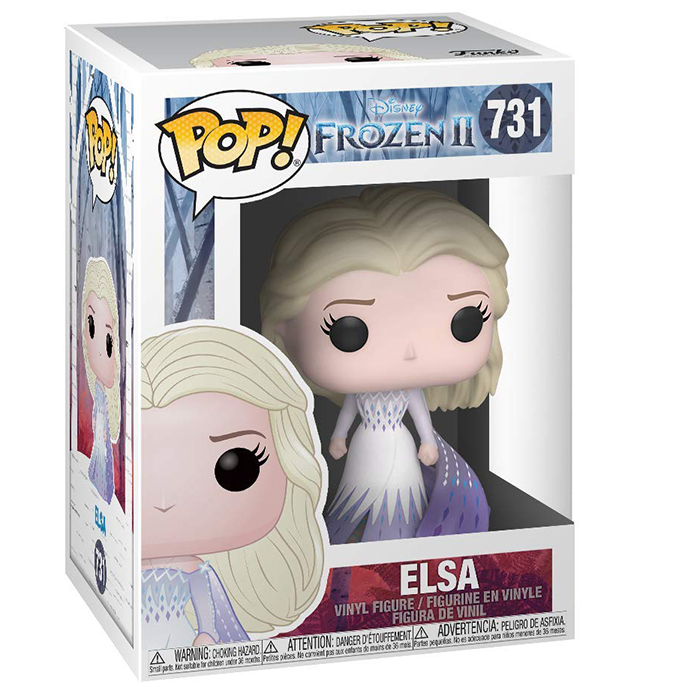