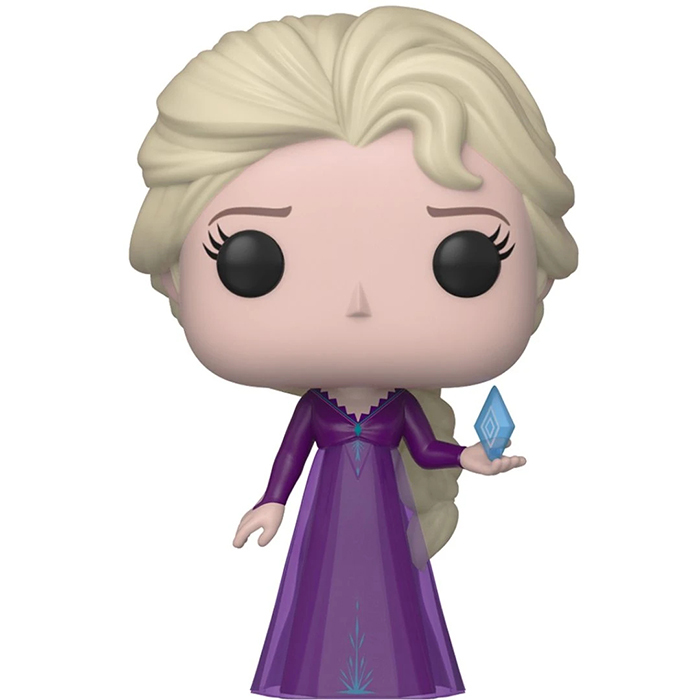 In Disney Studios’ Frozen 2, we find Elsa, newly crowned queen and adored by her people since she manages to perfectly master her powers. But as the people celebrate the harvest, Elsa is not as confident as she seems. She hears a strange song and a voice calling her. She tries to resist but is drawn in and unwillingly awakens the magical spirits of the nearby forest, which has been asleep and stuck in the mist since a battle broke out between the people living there and Elsa’s grandfather’s army. The spirits are causing chaos in Arendelle and Elsa, along with Olaf, Kristoff and her sister Anna, will have to go to the forest to understand what has happened, to right the wrongs and to save Arendelle. It will also be an opportunity for her to learn more about the origin of her magic. 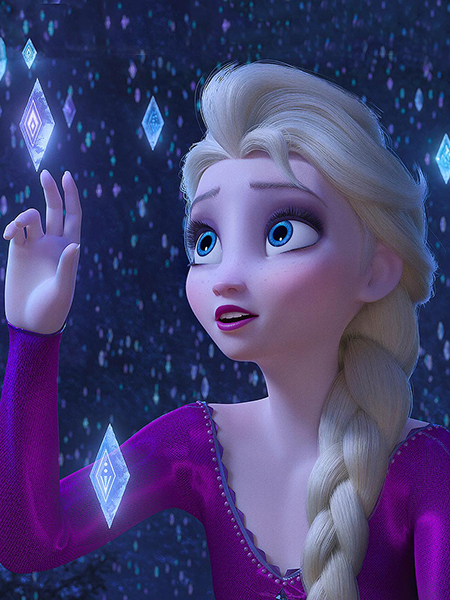 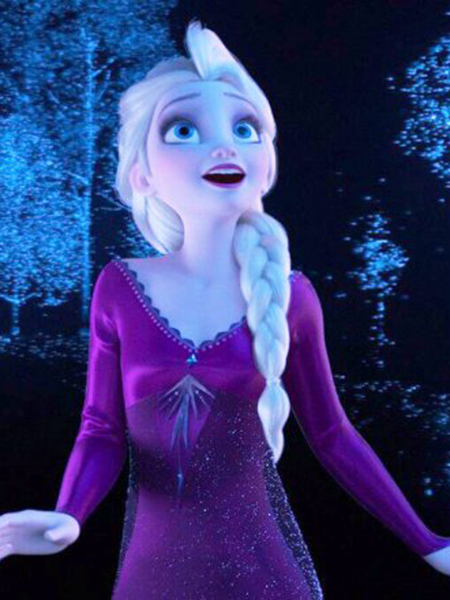 A Voice in the Night

Elsa is shown here with the nightgown she is wearing when she hears the voice that wakes her up. It is a long purple nightgown with a high waist, V-neckline and long sleeves. There are discreet blue patterns representing the ice and a thickness of veil nicely represented in transparent plastic. At the head level, we find her long blond hair tied in a braid in her back. Finally, she holds in her hand a diamond representing the earth element. 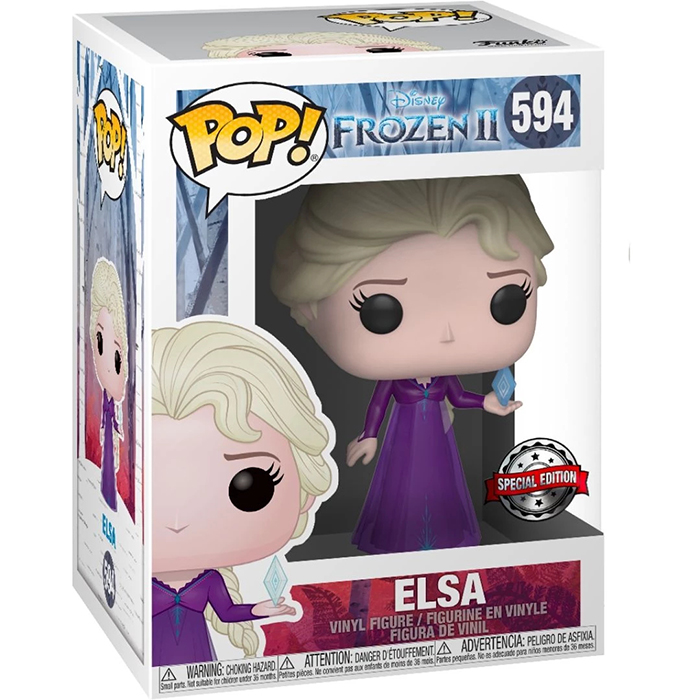