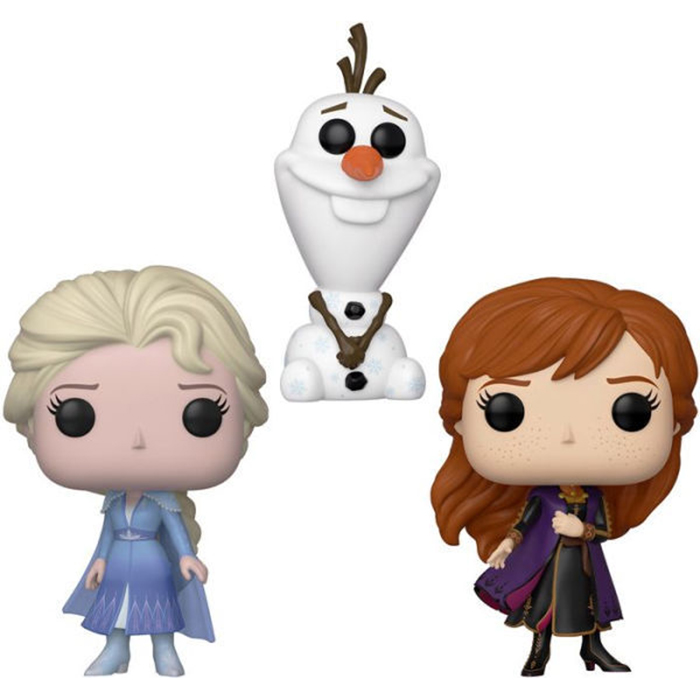 Elsa and Anna are the two sister heroines of Frozen 2, the sequel to the famous Disney cartoon loosely based on the Andersen fairy tale. Since their parents died and Elsa came of age, she has been queen of the Norse kingdom of Arendelle. Since she has learned to master her magic, they live happily in their kingdom with Kristoff, Anna’s boyfriend, and Olaf, the magical snowman created by Elsa in the previous installment. But then, attracted by a strange voice, Elsa awakens the elemental spirits of the nearby forest, which has been trapped under the mist since a battle between their grandfather’s army and the people who lived there. In order to save Arendelle and understand what happened years ago, the three friends, along with Kristoff and Sven, set out on an adventure into this mysterious forest. 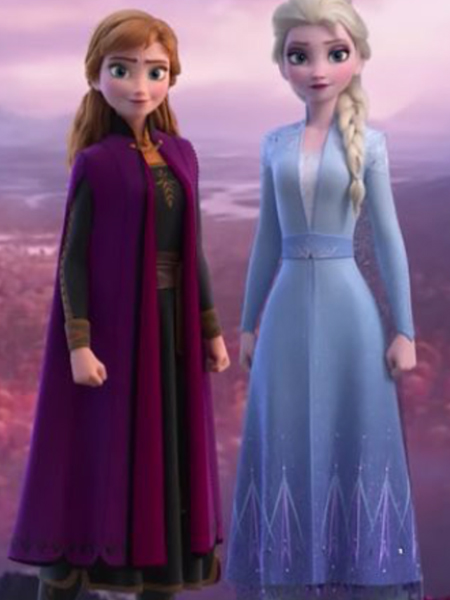 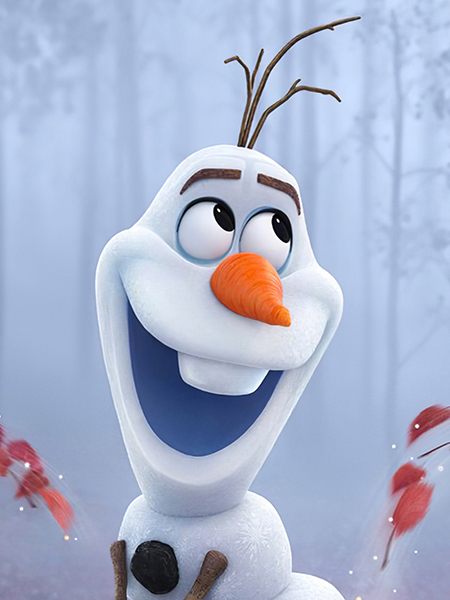 For this exclusive 3-pack, Funko has represented the three friends with their appearance from the movie posters. We find the two young women with their travel clothes. Elsa wears a long blue dress with a purple belt and a cape, all decorated with a subtle ice pattern. As always, her long blond hair is plaited at the back of her head. Anna is wearing a long black dress with a brown belt and matching black boots. She is also wearing a purple sleeveless coat with plant and floral motifs. Finally, on the head, her red hair is loose and we find the freckles on her face. Finally, Olaf is made of several snowballs of different sizes, his arms are made of branches, his nose of a carrot and only his eyes seem human. He wears a delighted expression as always. 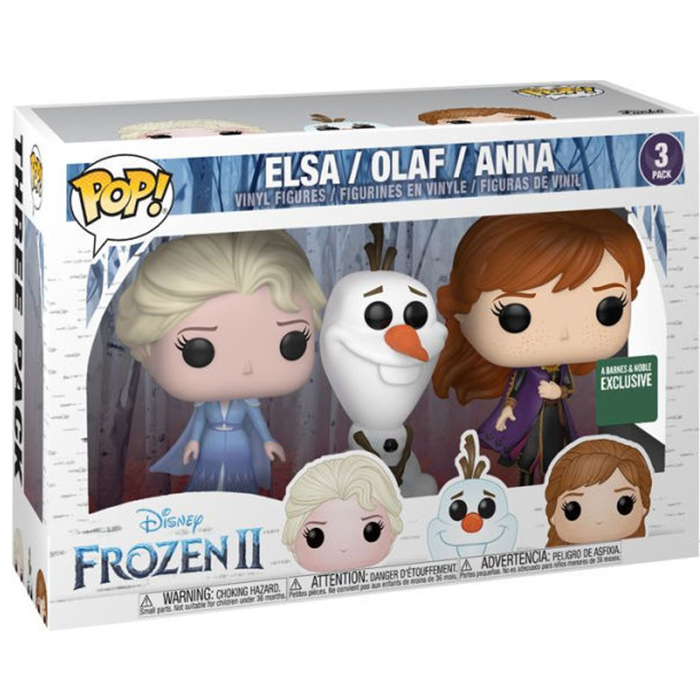