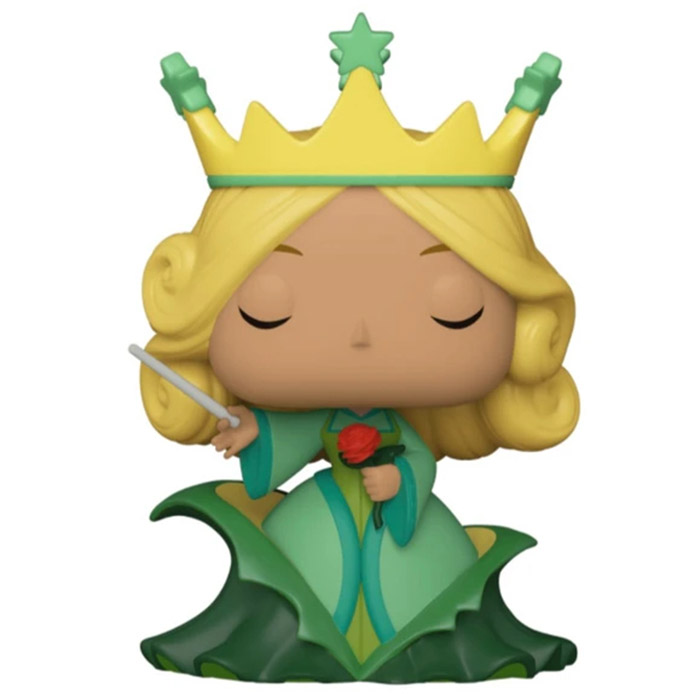 The origin of a whole story

The enchantress is the character at the origin of the curse and thus of the whole story in the animated film Beauty and the Beast inspired by the French novel of the same name. One stormy night, an ugly old lady shows up at the door of a young prince’s castle. She asks him for shelter for the night but the prince, a handsome but vain and cruel young man refuses her this because the old lady seems poor and ugly. She then turns into a beautiful enchantress and casts a spell on him. She turns him into a hideous beast and all the inhabitants of the castle into objects. He will be able to defeat the curse if he manages to make himself loved under this hideous appearance. But the beast doesn’t make much of an effort and hides in his castle. As the enchantress’ time is about to run out, Belle arrives at the castle. She is an intelligent and compassionate young woman and, like the beast, she has a passion for books. The inhabitants of the castle see this as an opportunity to break the curse. 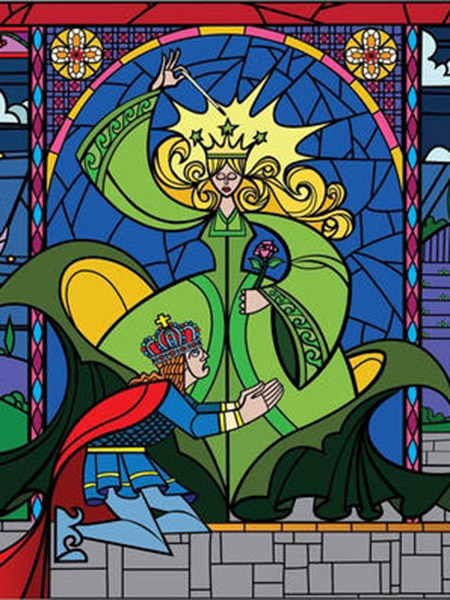 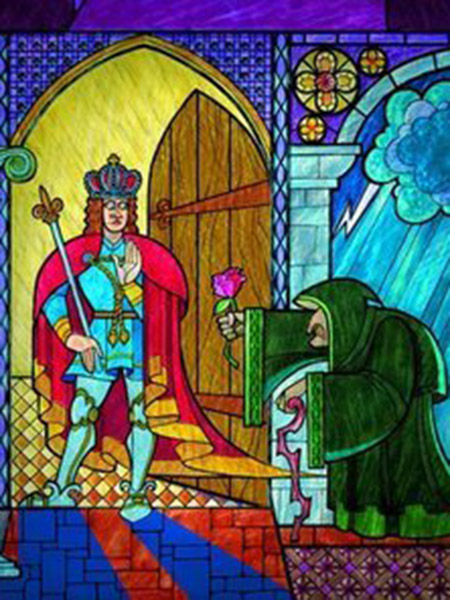 The enchantress is shown here as seen in the prologue of the cartoon told through illustrations in stained glass. She is wearing a pretty green dress with different shades and wide sleeves. Around her, her big old lady’s coat is falling off to reveal her true appearance. Her eyes are closed and her long curly blonde hair falls around her face. She also wears a golden crown with little green stars on each tip. She is also holding her wand of enchantment as well as the rose that represents the time the beast has to find love. 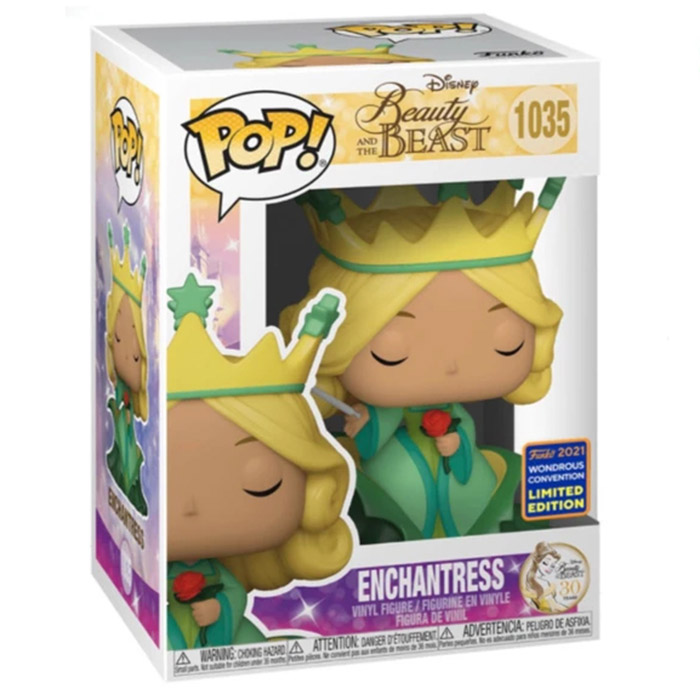