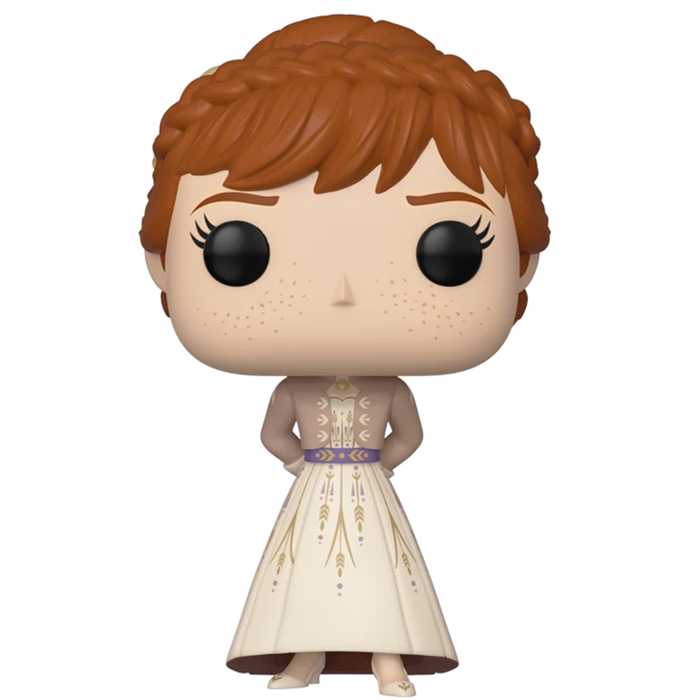 A Perfect Life in Arendelle

Anna is one of the heroines in the animated film The Snow Queen 2, a sequel to the first Disney Studios film of the same name. The film picks up shortly after the end of the first film. All is well in Arendelle and Anna is happy to have her sister back with her in addition to her friend Olaf and her boyfriend Kristoff who is having trouble finding an opportunity to propose. But trouble starts again when Elsa unwittingly awakens the primordial spirits of the nearby forest. Indeed, the forest was covered with mist since a fight broke out between their grandfather’s army and the people living in the forest, which angered the spirits. Elsa will have no choice but to travel there to try to repair what was done before Arendelle was destroyed. Anna will accompany her, but she too will have her own trials to face and will emerge stronger. 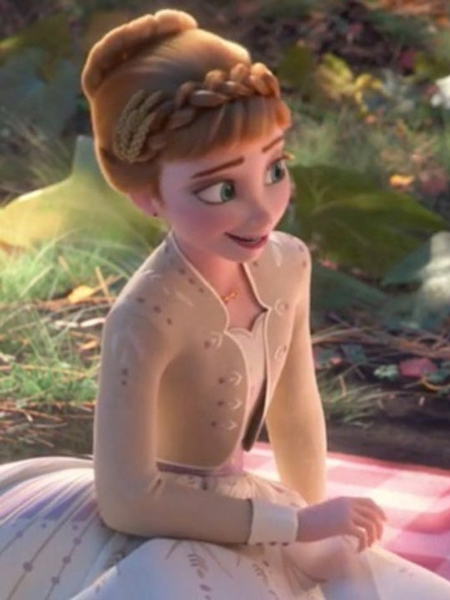 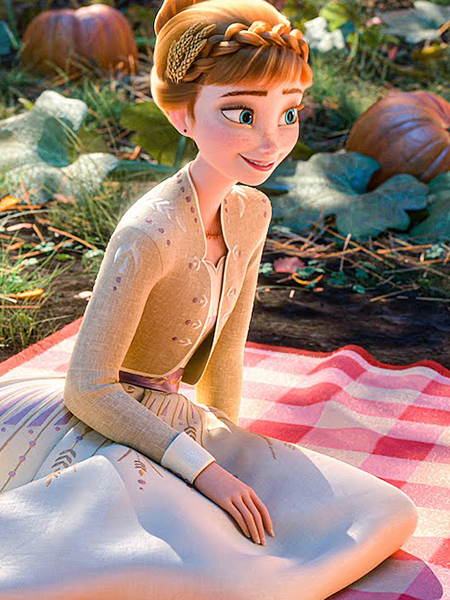 The Calm Before the Storm

Anna is shown here wearing the dress she wears at the beginning of the film when the kingdom celebrates the autumn festival. It is a long beige dress with golden patterns of flowers and ears of wheat. It is worn with a purple belt, a small short jacket of a darker brown and small shoes with matching heels. On the head, we find her red hair styled in an elegant bun with a braid around her head and freckles on her cheeks. 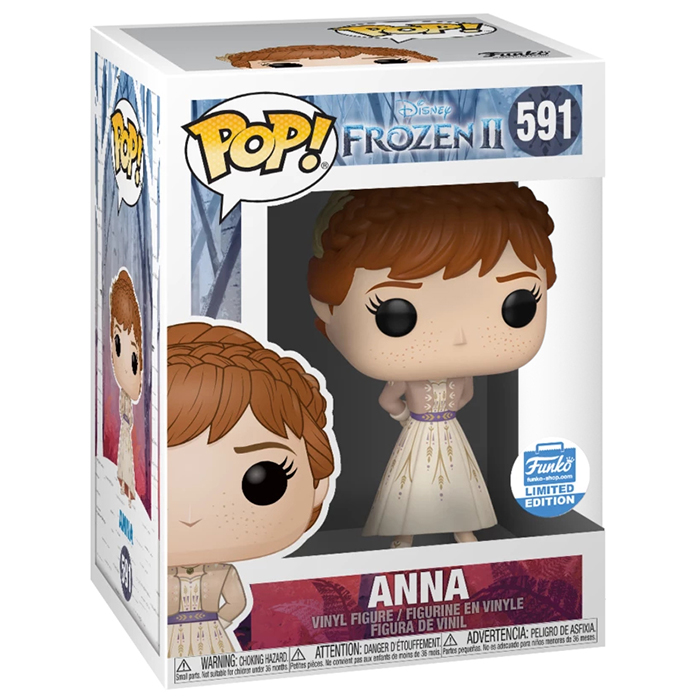