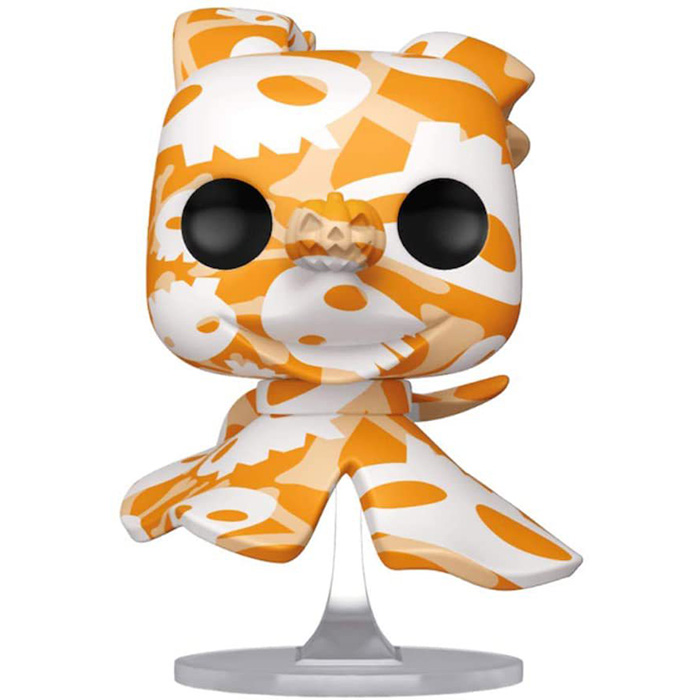 The most adorable ghost dog

Zero is Jack Skellington’s faithful companion in the stop motion cartoon The Nightmare Before Christmas. This cartoon is set in the town of Halloween where Jack, a living skeleton, is the master of the festivities of this great holiday that all the residents look forward to all year. Jack is known for having the scariest ideas, but after a while he starts to feel that he is missing something to be perfectly happy. Zero is the adorable little ghost dog who follows him around and who Jack throws bones to bring back to him like a stick. But even the good humor of his little canine companion won’t be enough to bring back Jack’s enthusiasm. 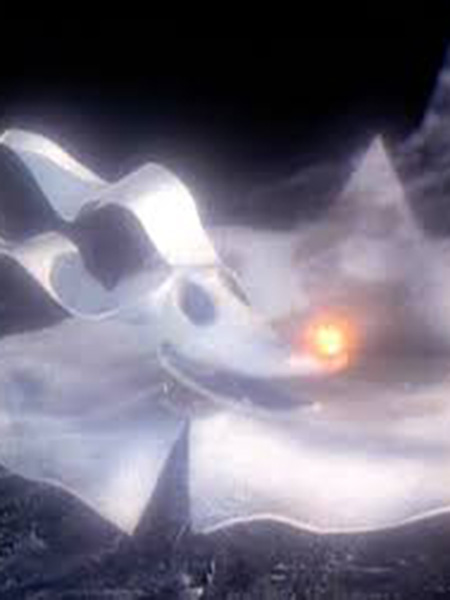 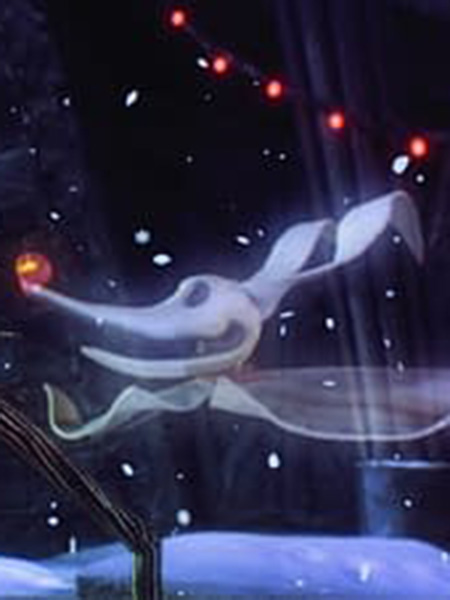 This Zero figure is part of the Art Series collection where Funko has used molds of existing figures and painted them with artistic designs that are not inspired by a moment in the movie but give the figures an art toy feel. Zero is represented here on a transparent base that gives the impression that he is flying. Like in the movie, his body is made of a kind of flying sheet but with the head of a dog with long hanging ears and a pumpkin nose. And to decorate it, it has been covered with a pattern of skulls and bones intertwined in shades of orange and white. 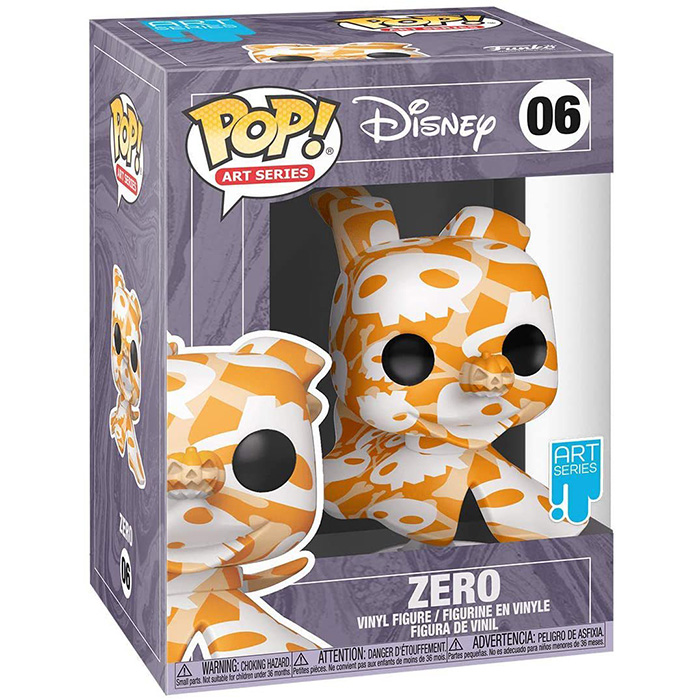