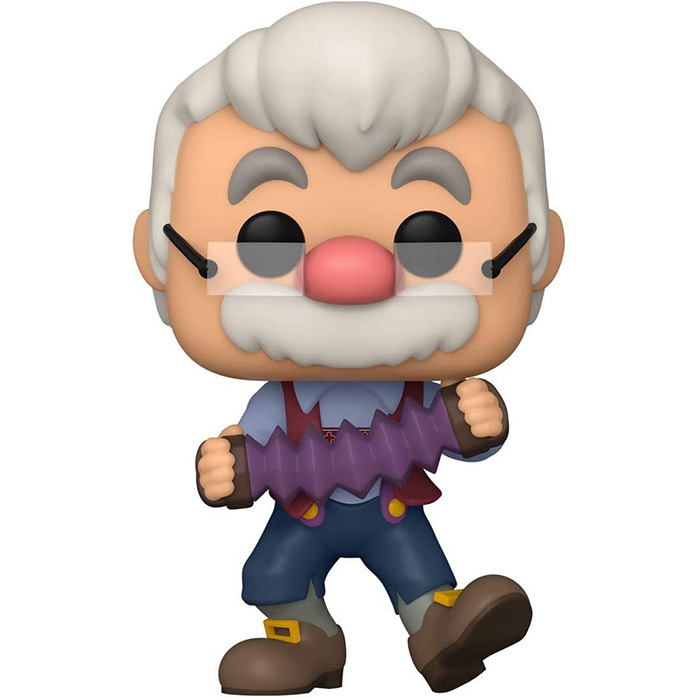 Geppetto is one of the important characters in the famous Disney animated feature Pinocchio based on an Italian tale. He is a modest carpenter who makes wooden toys and has always dreamed of having children. One day he makes a wooden puppet named Pinocchio and the blue fairy visits him and fulfills his dream, giving life to Pinocchio. She will turn him into a real boy if he behaves like a real boy. So Geppetto sends him to school and tries to give him the best education possible, but Pinocchio gets caught up in some terrible stories by the village boys. Geppetto goes looking for him when he disappears but is swallowed by a huge whale. Pinocchio goes looking for him but dies trying to save him. Geppetto is upset but the blue fairy, recognizing Pinocchio’s sacrifice, finally brings him back to life and makes him a real little boy. 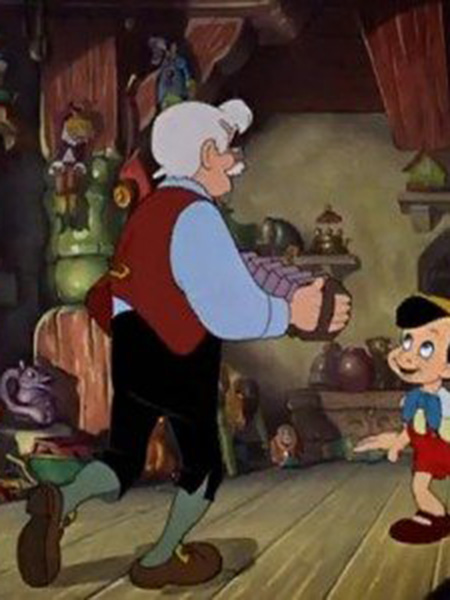 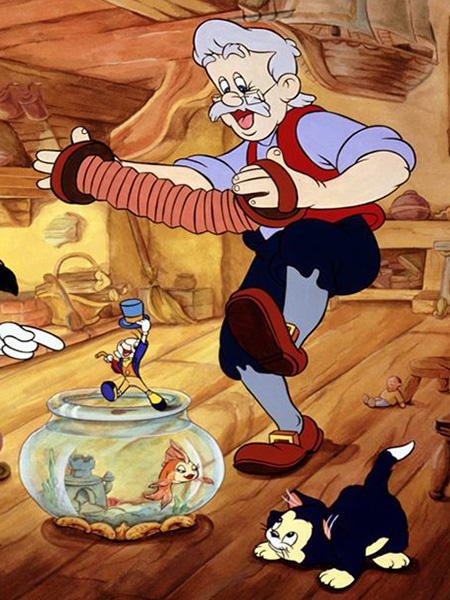 Gepetto is shown here playing the accordion as he celebrates with Pinocchio and his friends. He is wearing short blue pants with brown shoes with gold buckles and is dancing. He is also wearing a nicely decorated blue shirt and a red sleeveless vest. On the head, we find his small rectangular glasses as well as his white hair and his matching moustache. Finally he is holding a purple accordion which he is playing between his hands. 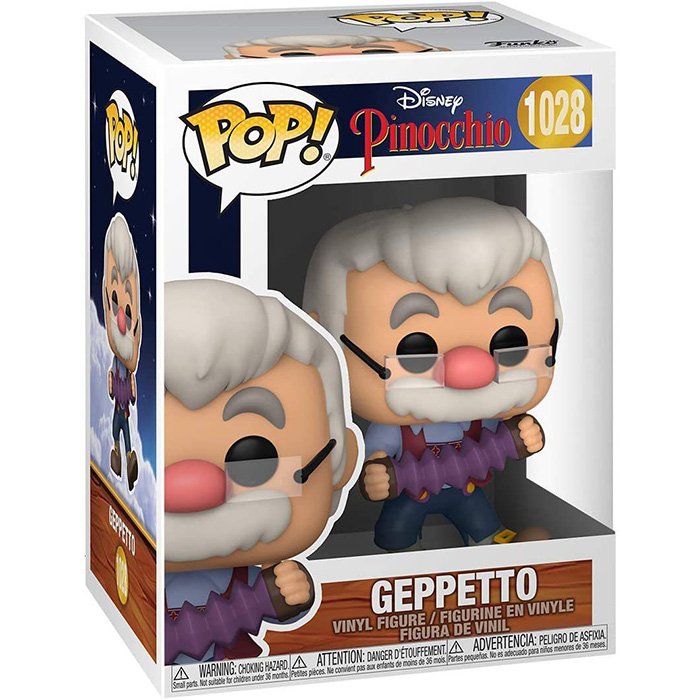