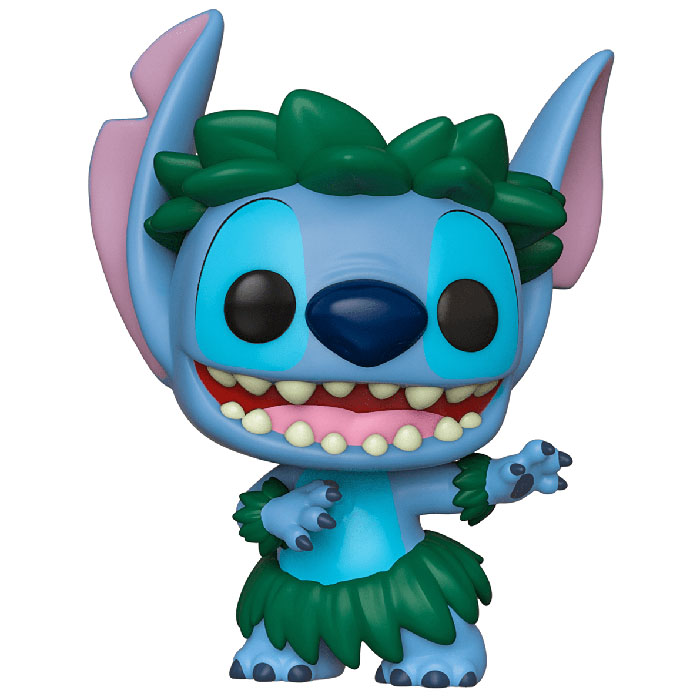 Stitch is one of the main characters in the famous Disney cartoon Lilo and Stitch set on the island of Hawaii. Stitch is the result of an alien genetic experiment making him very strong, very smart and very mean despite his harmless appearance. He is sentenced to exile on another planet but escapes during his transfer and ends up in Hawaii. He is taken to a kennel and that’s where Lilo and her older sister Nani arrive, living alone since the death of their parents. Lilo decides to adopt Stitch, taking him for a dog, and he sees in the little girl the opportunity to be safe from those sent to get him. If Stitch is at first aggressive and mean, he will end up getting attached to his new family and will finally do everything to stay with them. 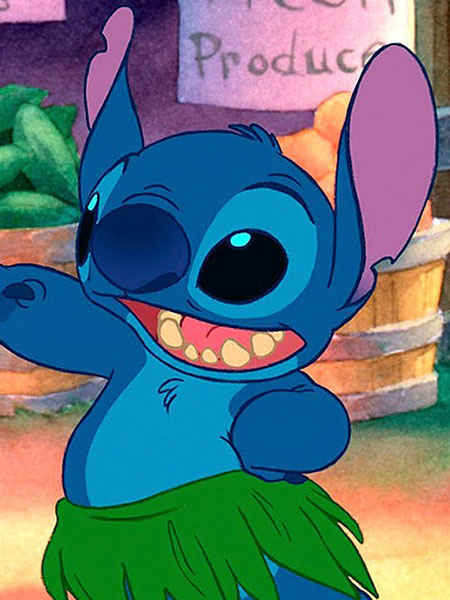 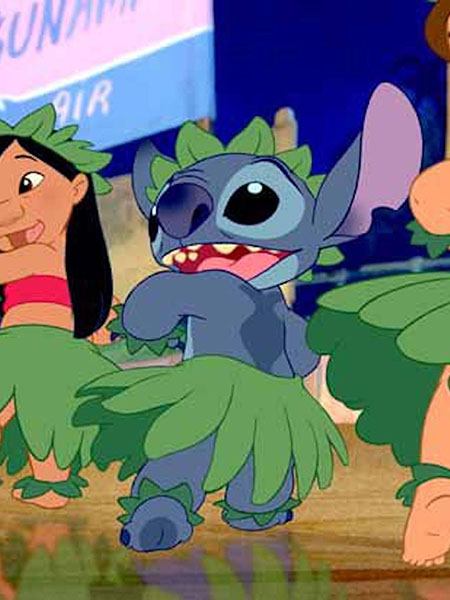 For this exclusive figure, Funko has represented Stitch in one of the end scenes when we show Stitch in his new life accompanying Lilo to her dance class. We can see his blue body with his little clawed legs and his very big ears. He also has his big koala nose and his mouth open in a wide smile. He is dancing and wears a skirt of leaves as well as a crown on his head and small bracelets. 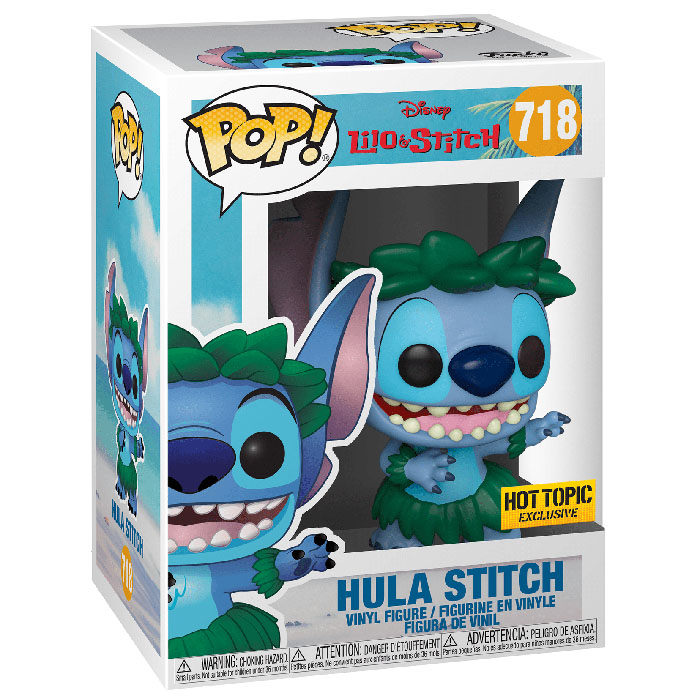