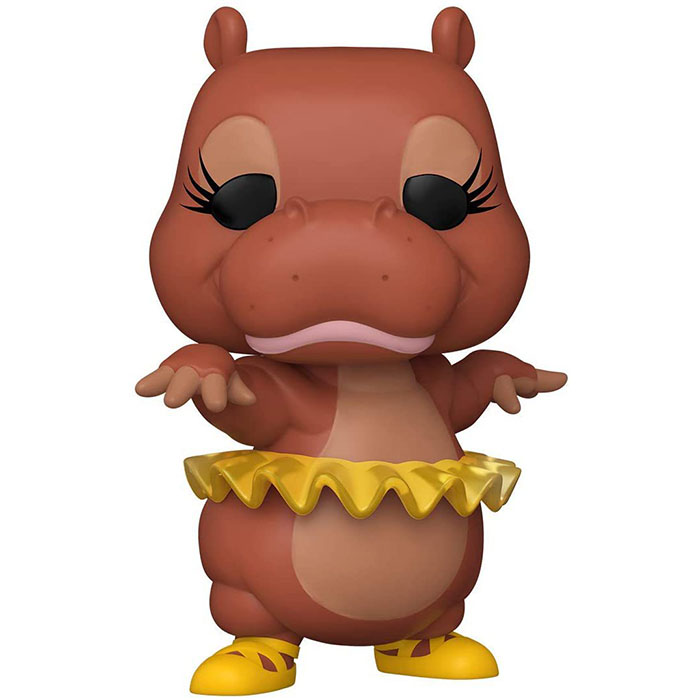 A moment of poetry

Hyacinth hippo is one of the many characters in the 1940 Disney animated film Fantasia. For this ambitious cartoon, Walt Disney had decided to illustrate great pieces of classical music for an almost abstract film. During a piece of the opera La Gioconda, several animals do the Dance of the Hours representing different moments of the day. This female hippopotamus represents the afternoon and we see her enter the stage to do a dance in tutu surrounded by other hippos before going to rest for a well deserved rest after a job well done. 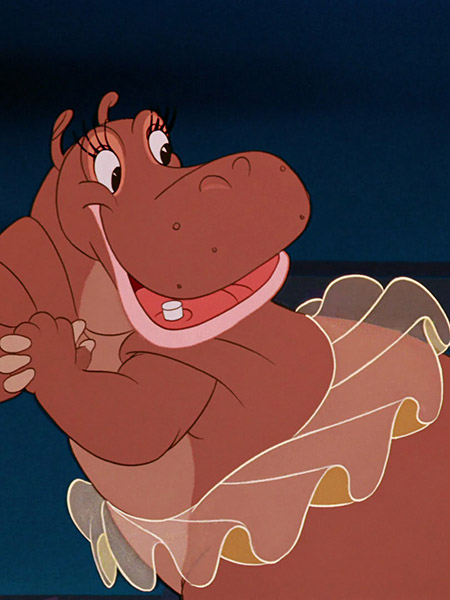 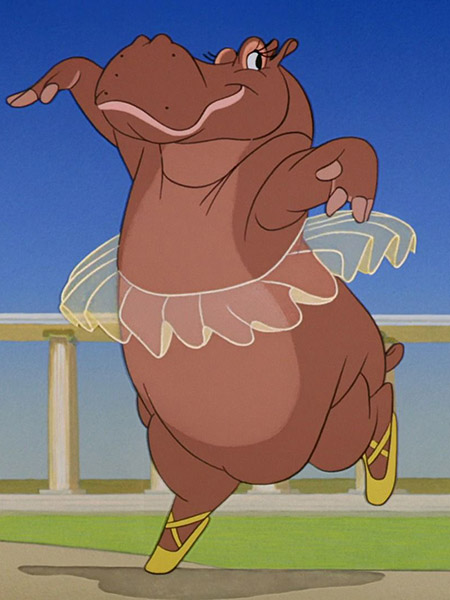 This hippo is one of the cult characters in this cartoon. She is shown standing on her hind legs and her skin is in shades of brown. She wears yellow ballet slippers and a matching tutu around her waist. Her two anthropomorphized front legs are raised in a graceful posture. On the head, we find a normal hippopotamus head but she has very long eyelashes which gives an elegant side to her look. 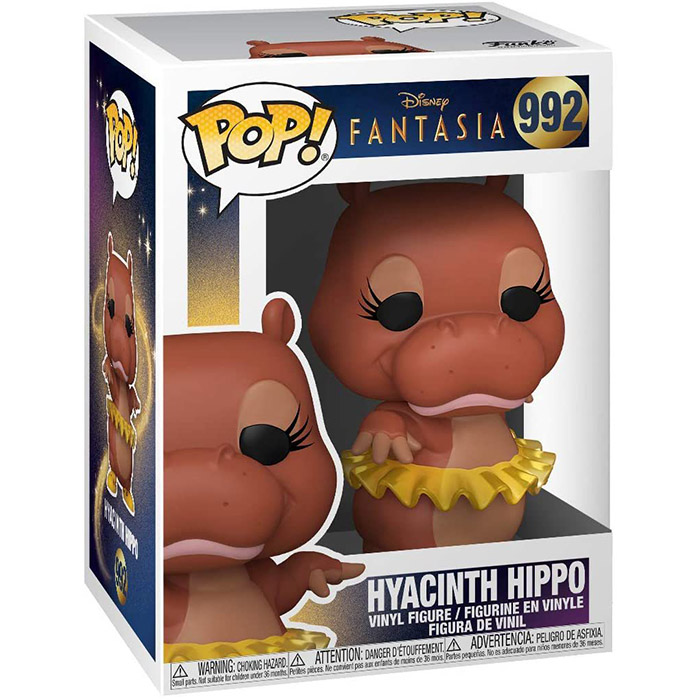