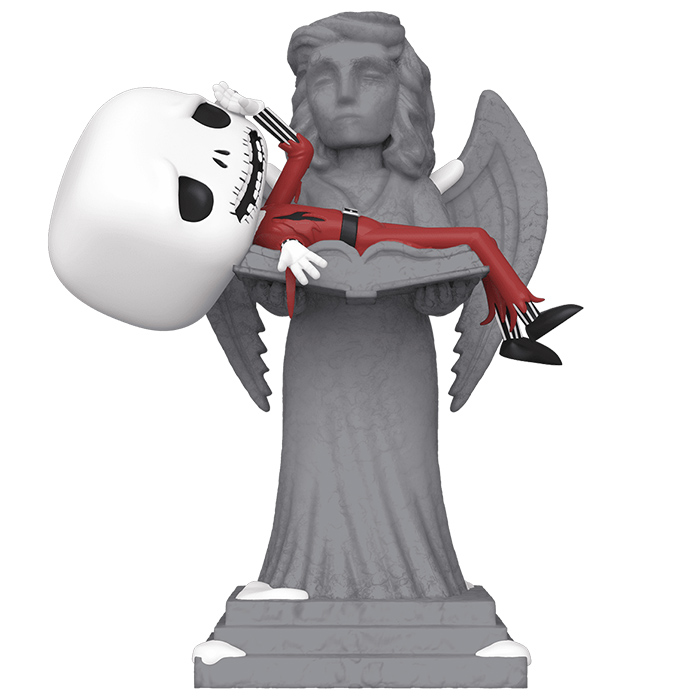 Jack Skellington is the hero of the famous stop motion cartoon The Strange Christmas of Mr. Jack. He is the most famous skeleton in Halloween town and the leader of the festivities. But one year, Jack is feeling sad and melancholic. While walking around, he stumbles upon Christmas town where everyone seems to be happy. He decides to celebrate Christmas this year and puts everyone to work, unfortunately the strange monsters and creatures that populate the town have a bit of trouble understanding how Christmas works and terrify the children. Jack realizes that this is not really what will make him happier and that it is in fact just love that is missing from his life. 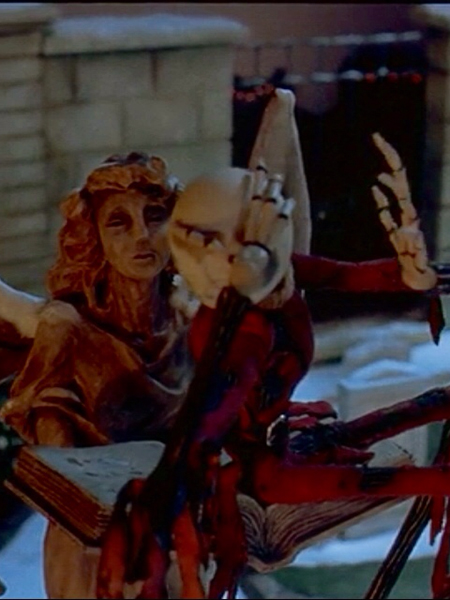 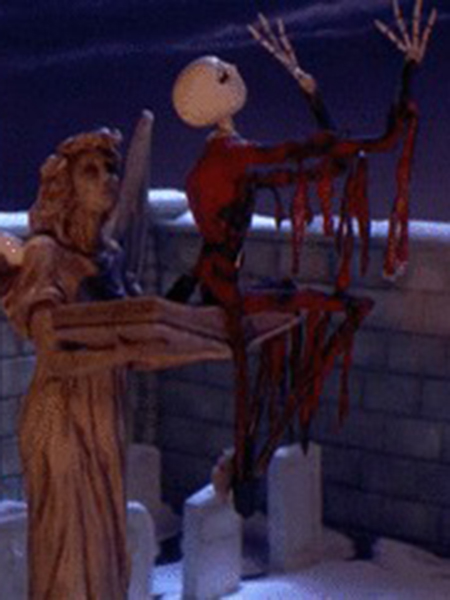 For this movie moments The Nightmare Before Christmas, Funko depicted Jack lying on the book of the graveyard angel statue while he sings to himself and laments the fact that Christmas didn’t turn out the way he imagined. It is a female angel statue made of stone with a long robe and wings folded down at the back. The angel holds a large book that Jack is lying on. He is wearing the remnants of his red Santa suit and you can see his black and white striped suit appearing underneath. He stands with his hand on his forehead in a particularly dramatic posture. 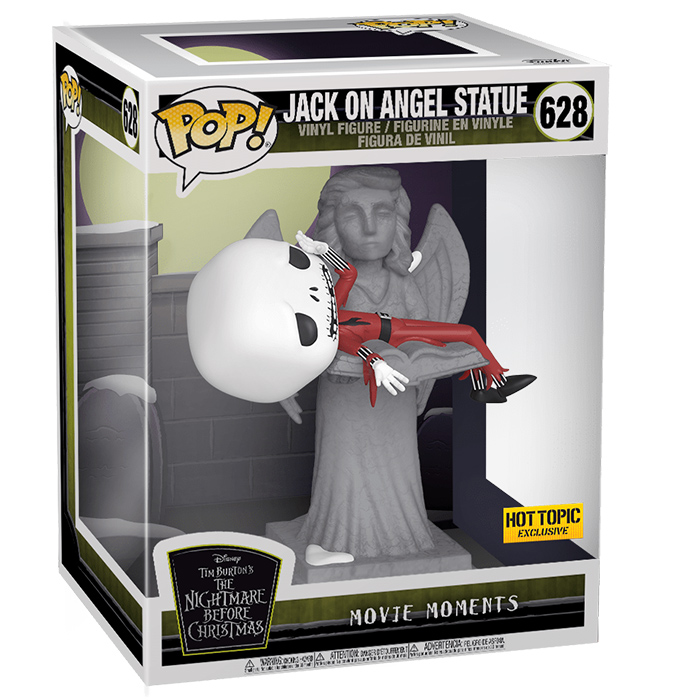