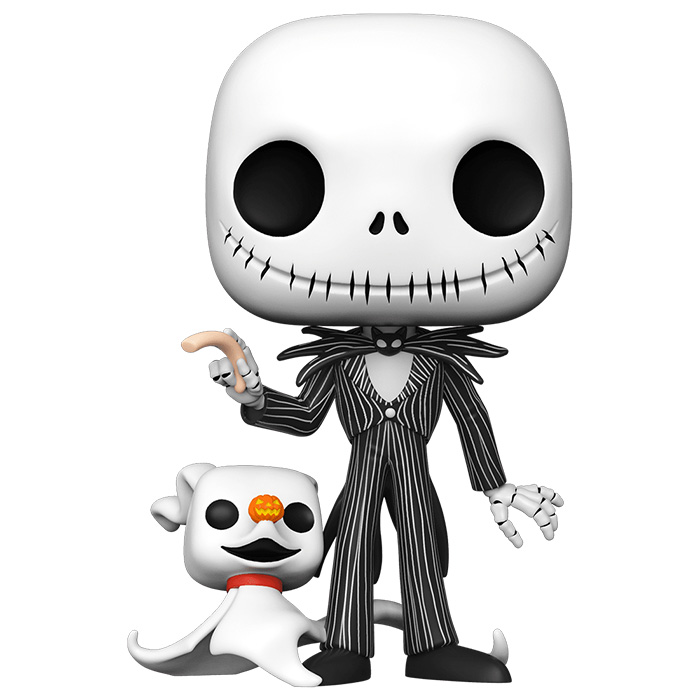 The most famous skeleton

Jack Skellington is the hero of Mr. Jack’s Strange Christmas, the famous stop motion cartoon created by Tim Burton. Jack is a living skeleton and the big star of Halloween town. He is the master of the festivities because he is the best at dreaming up terrifying scenarios and decorations. But one year, Jack gets tired of always scaring people so he goes for a walk in the woods looking for inspiration with his little ghost dog Zero. Then he comes across the Christmas village where everyone seems to be happy. He then thinks that this is the solution and that he should organize Christmas instead of Halloween. But the source of the melancholy lies elsewhere and he will need help to understand it. 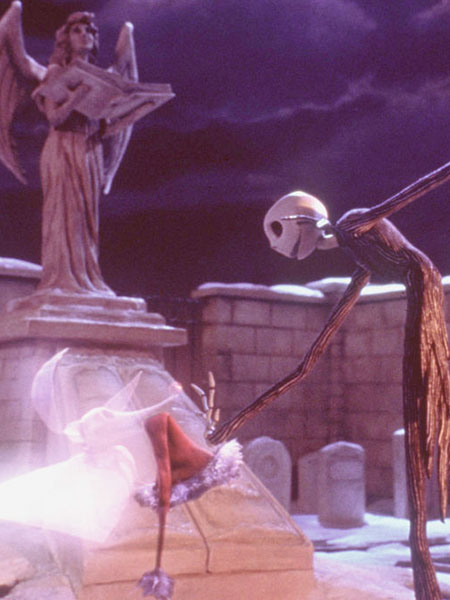 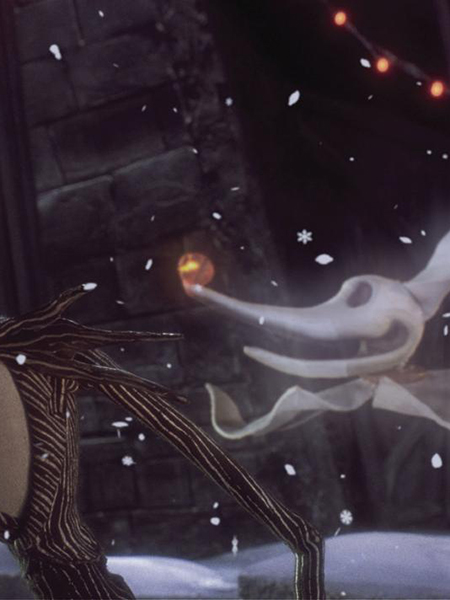 For this new version of this cult character, Funko has represented him here with his little dog Zero sneaking between his legs in a supersized version. Jack is shown standing with his famous black suit with white stripes. His skeletal hands and his bow tie in the shape of a bat can be seen. On the head, we find his skeleton head with a big smile. Finally, he is holding a sausage above Zero. Zero is represented with his body seeming to be a simple white sheet taking the shape of a dog with a small red collar and a pumpkin nose. 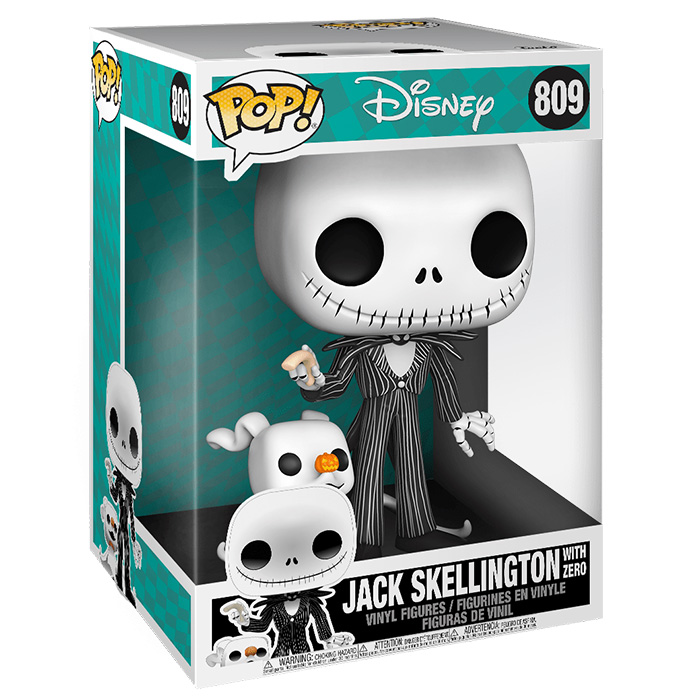