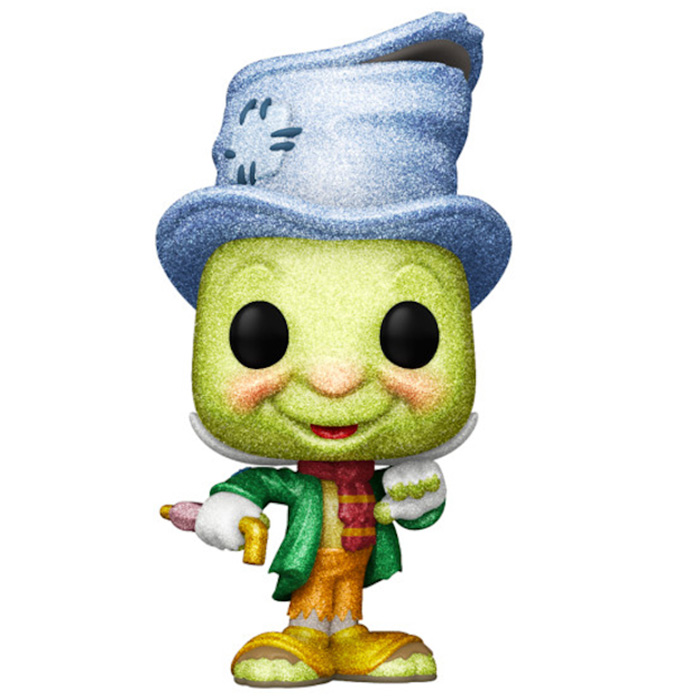 Jiminy Cricket is one of the important characters in the Disney cartoon Pinocchio based on the Italian tale of the same name. It tells the story of Gepetto, an Italian carpenter and toymaker who was never able to have a child. One day he makes a puppet that he loves so much that he names him Pinocchio. In the evening, he wishes that the puppet will come to life. The blue fairy visits them and grants his wish by making the puppet alive. He promises her that the puppet can become a real boy if he behaves well. That’s when she meets Jiminy the cricket who had come home to protect himself from the cold. She entrusts him with the mission of being the conscience of the little puppet in order to help him learn to recognize good and evil and to act as such. 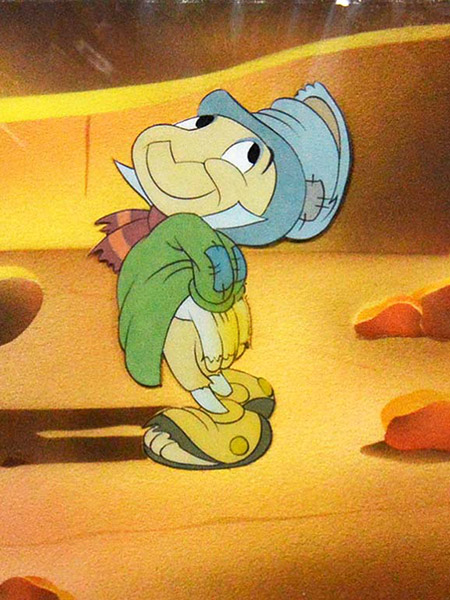 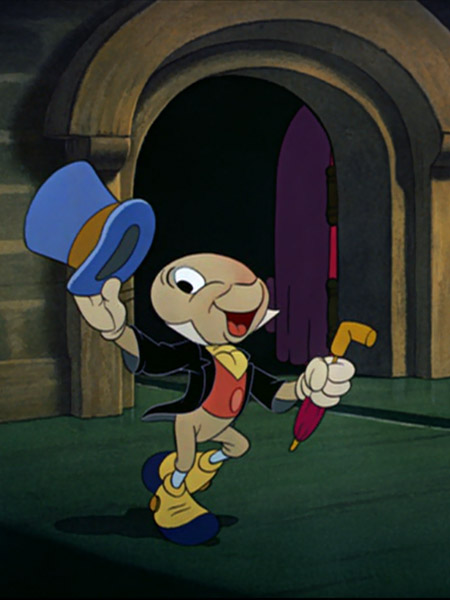 Jiminy Cricket is shown here in Diamond version i.e. covered in glitter to make him shiny. He is represented here with the clothes a little worn at the beginning of the film. He wears orange pants that are too short and torn and big shoes that have seen better days. He also wears a green jacket with a red and gold scarf and holds an umbrella in his right hand. Finally, we find his little green head and his pink cheeks as well as the blue top hat, half-discarded and patched. 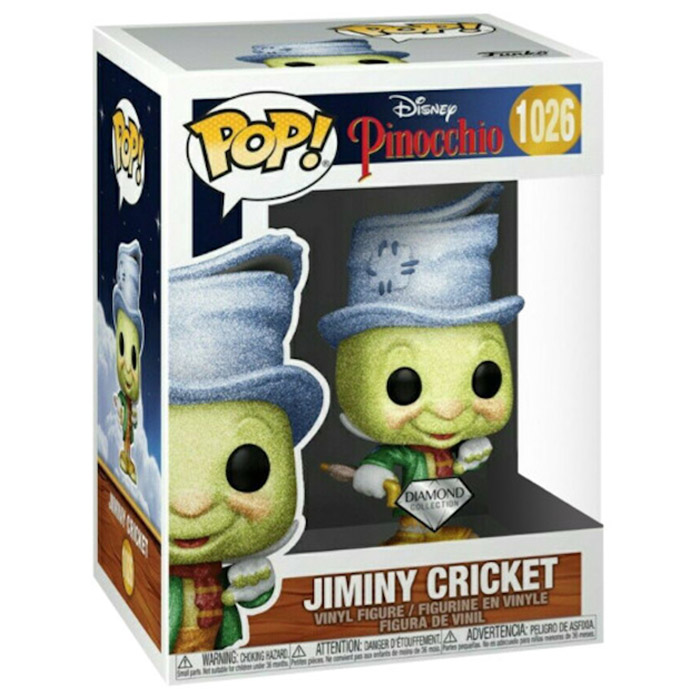