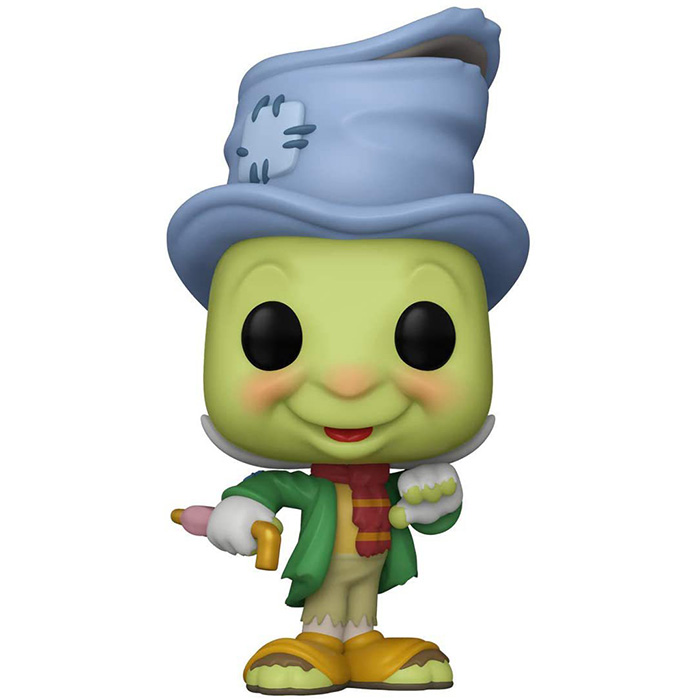 Jiminy Cricket is an important character in Disney’s animated Pinocchio, based on the 19th-century Italian tale by Carlo Collodi. It tells the story of a carpenter who made a wooden puppet that he loved so much that the Blue Fairy visited him and made the puppet, named Pinocchio, alive. She promised that if Pinocchio proved worthy, he would be turned into a real little boy. Jiminy the cricket had taken refuge inside to protect himself from the bad weather so the blue fairy appointed him as Pinocchio’s conscience to prevent him from misbehaving. But it was a difficult task because Pinocchio, knowing nothing about life, was easily taken in by the older boys in the school who took advantage of his naivety. Finally, Pinocchio proved himself worthy of a real boy and Geppetto’s wish was granted. Jiminy, on the other hand, got his medal for a job well done. 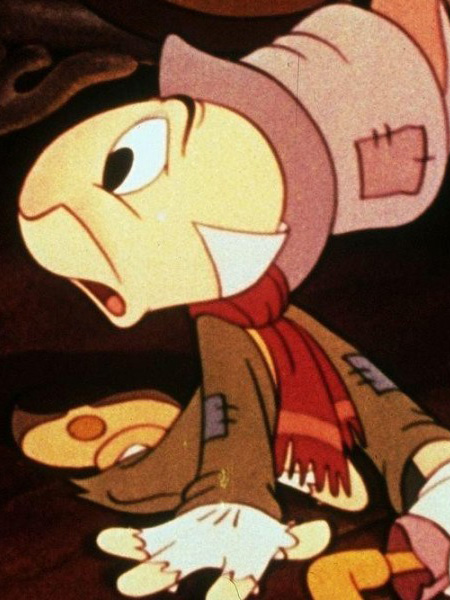 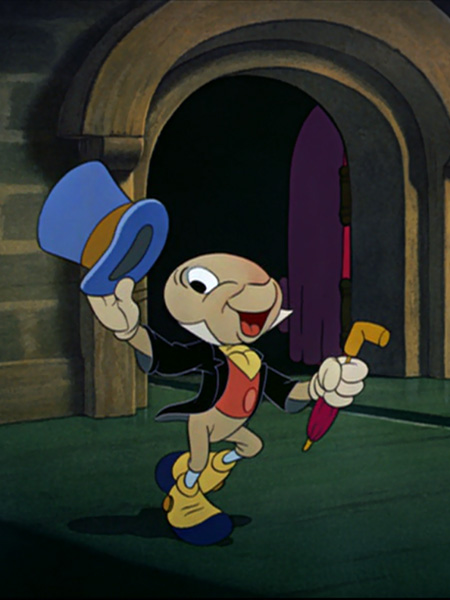 Jiminy Cricket is shown here as seen at the beginning of the film with rather shabby clothes. He is an anthropomorphic cricket only recognizable by his green skin and not quite human face. He wears green trousers torn at the bottom and yellow shoes that have seen better days. He also wears a green jacket, white gloves with holes in them and a red scarf that is also in bad shape. Finally, on his head, he wears a blue top hat torn on the top and patched on the front. 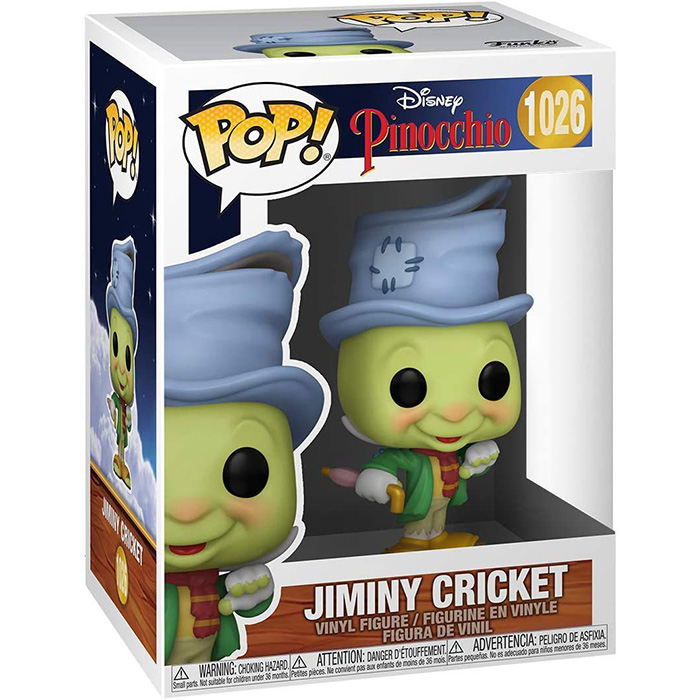