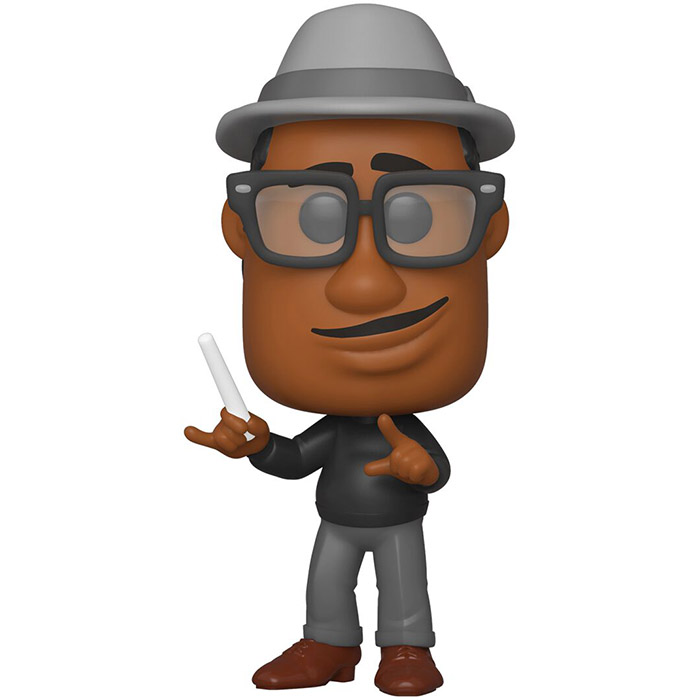 An opportunity in disguise

Joe Gardner is the hero of Pixar Studios’ Soul cartoon. He is a jazz enthusiast who, unable to make a career as a musician, has become a high school music teacher. He is rather disillusioned and sad and keeps dreaming of having the opportunity to be a real musician. Then a former student offers him to come and play in his band with one of his idols. He gives it a try and is hired to play that night, but on the way back, he falls into a hole and dies. He finds himself in the afterlife and, refusing to enter the white light, tries to escape and ends up in the area where new souls are born and trained before being sent to Earth. Joe is assigned to one of them to help him find his “spark”. But this one has been there for a long time and has no desire to go to Earth. Joe sees an opportunity to return to Earth in her place to finally live his dream of being a musician. But things don’t turn out the way the two souls planned. 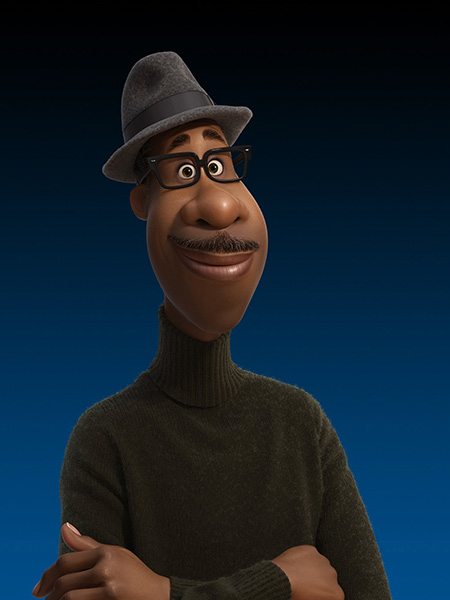 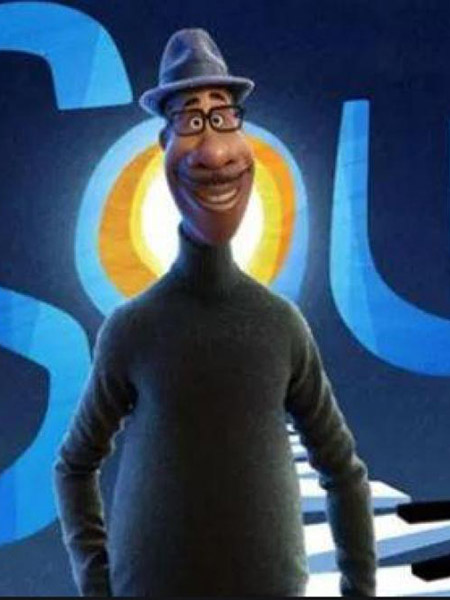 Joe Gardner is shown here as he is seen on Earth in his body. He wears grey pants with a simple but elegant black sweater and brown shoes. His head is very elongated as in the movie and we find his brown skin. He has large black-rimmed glasses and a thin little moustache and a slightly crooked smile. He also wears an elegant brown hat on top of his head and holds a conductor’s baton in his right hand. 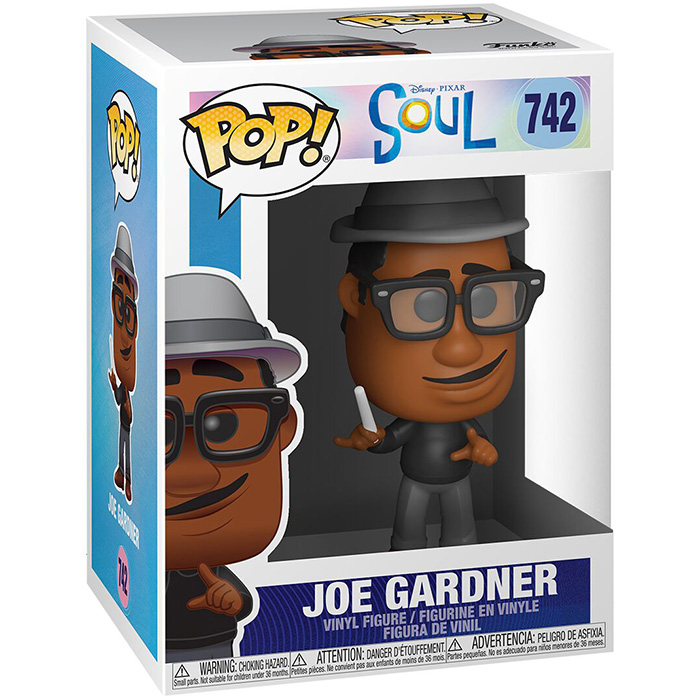