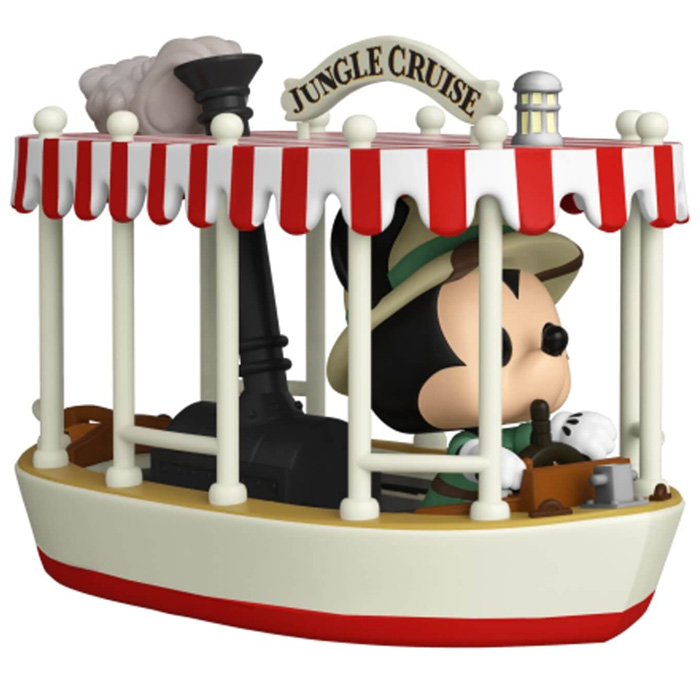 Jungle Cruise is one of the most famous and popular attractions at Disneyland theme park. It was present from the opening of the first park in California in 1955 and is present in four of the six major theme parks in the world. It consists of a cruise on a man-made river on small boats. There are jungle scenes with many animals in animatronics with music and also some scenes with human characters. The attraction was redesigned several times. If the idea of including real animals was abandoned, the animatronics were clearly improved and more humor was included. This attraction can also be found in Florida, Tokyo and Hong Kong. It was not created in France for climate reasons and probably for moral reasons, some of the animatronics of the original attraction reflecting too many racist clichés of the 50s. 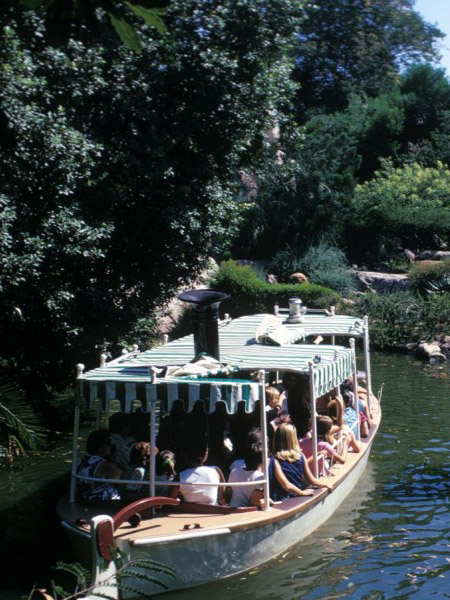 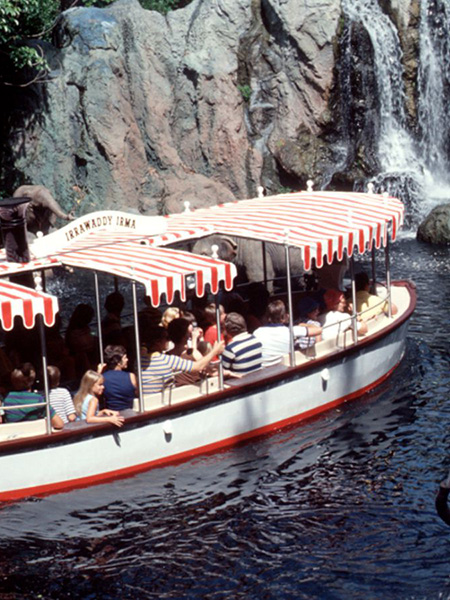 A cult character in the attraction

For this Pop Rides figure, Funko depicted Mickey at the controls of one of the boats in the attraction. It’s a small traditional tourist boat that could be found at the beginning of the twentieth century and seems to be steam powered. The hull is white and red and all around, there are columns supporting a red and white canvas protecting the passengers. In the middle, we find the black pipe evacuating the steam. On the top, we find the small panel on which is written “jungle cruise”. Finally, we find Mickey at the controls with his explorer outfit and his beige and green hat. He holds the helm and looks forward. 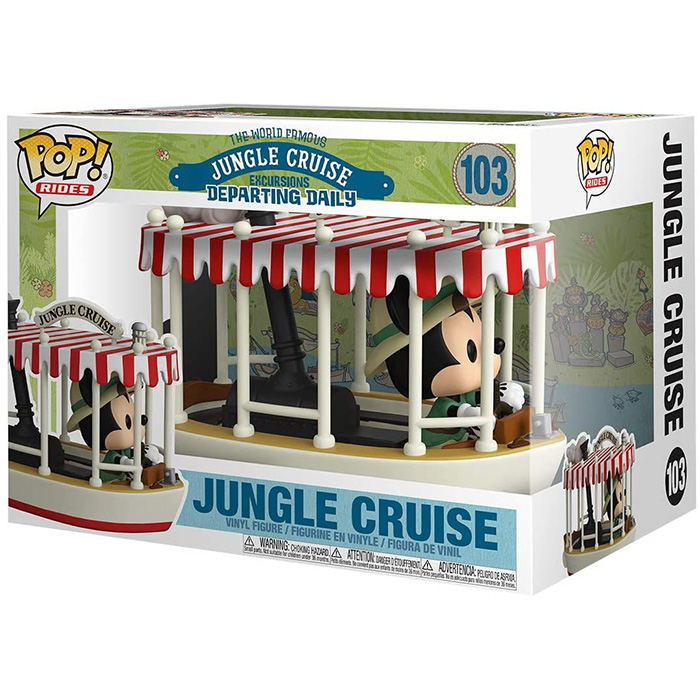