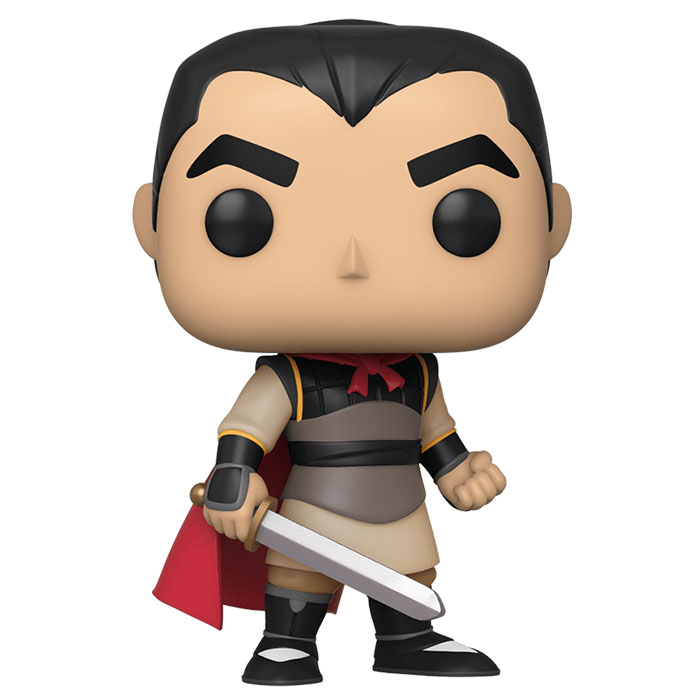 Li Shang is one of the main characters in the Disney Studios cartoon Mulan. When the Imperial Army recruits one man per family to fight the Hun army, young Mulan is worried about her elderly, disabled father going off to war. She decides to pretend to be a man and take his place. She finds herself in the company of the young captain Li Shang. Just promoted, he is strict but fair and will do his best to train his group. If it seems hopeless at first, the other men in the company having as little experience as Mulan, thanks to everyone’s perseverance, they will become true warriors. After Li Shang’s father’s company is decimated, his company is the last one left standing to stop the Huns from reaching the imperial city. But when Li Shang discovers that Mulan is a woman, will he be able to get past that and trust her? 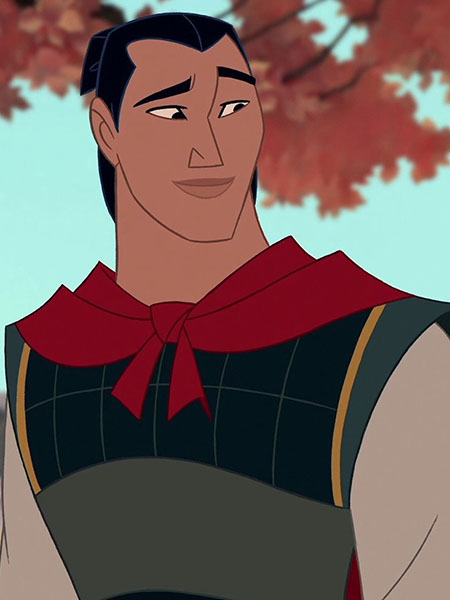 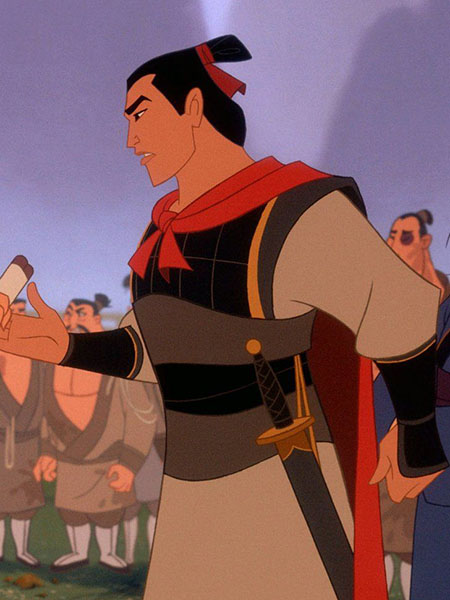 Li Shang is shown here in his warrior outfit. He is wearing brown pants with black boots. Over his beige tunic, he wears a black quilted armor with golden borders that can also be found on the sleeves. Around his neck is tied his red cape, symbol of his rank. Finally, he holds his sword in his hand, the hilt and guard of which are gilded. Finally, on the head, we can see that his black hair is held back in a strict bun. 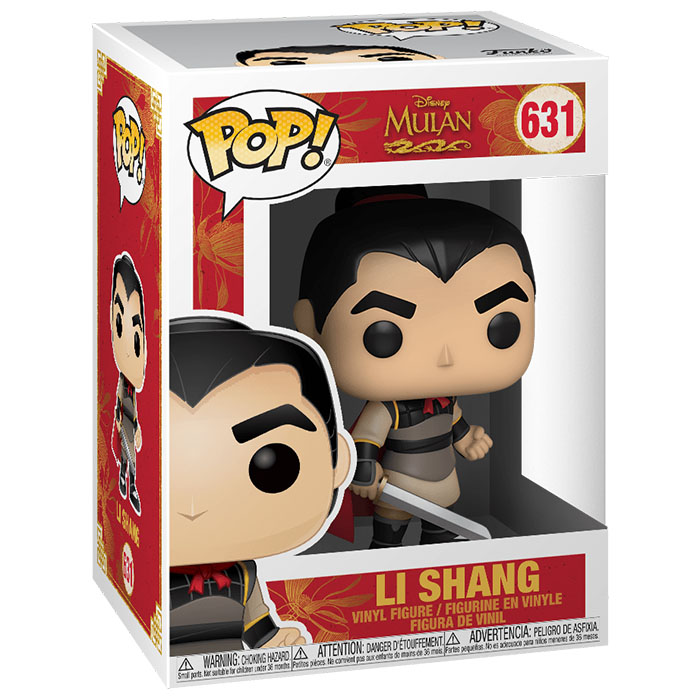