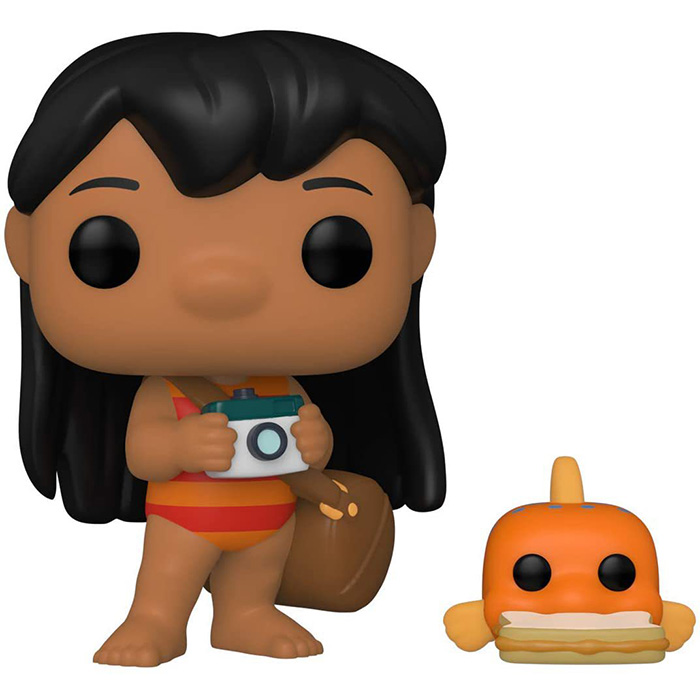 Lilo is the young heroine of the cartoon Lilo and Stitch from Disney Studios. She is a little girl living in Hawaii with her older sister Nani since the death of their parents. But between Lilo’s financial problems and her relationship problems with others, things are not always easy. But Lilo is an endearing little girl whose passion is taking pictures of tourists on the beach and feeding Pudge the fish with peanut butter sandwiches. Then Stitch, an alien they adopted thinking he was a dog, shows up. And if the destructive creature will at first make their life even more complicated, he will gradually learn to be really part of the family. 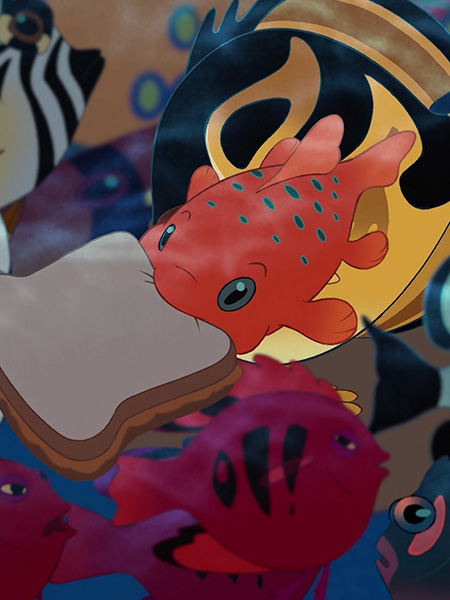 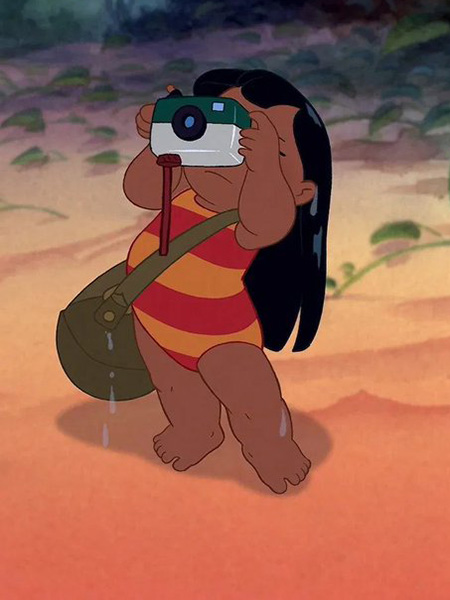 Lilo is shown here at the beginning of the film when she goes to feed her fish friend on the beach. She is wearing her orange and red striped one-piece swimsuit and holds her camera in her hands. She carries across her chest her big brown bag with her dance stuff. On the head, we can see her brown skin and her small round nose as well as her long black hair. Finally, she is accompanied by Doudou (Pudge) the fish, a small orange fish with blue patterns and which holds in its mouth a very large peanut butter sandwich. 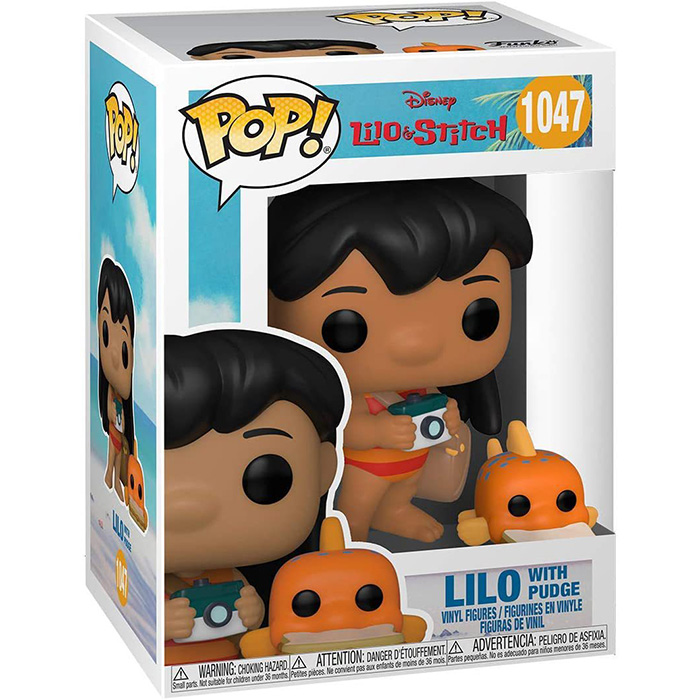