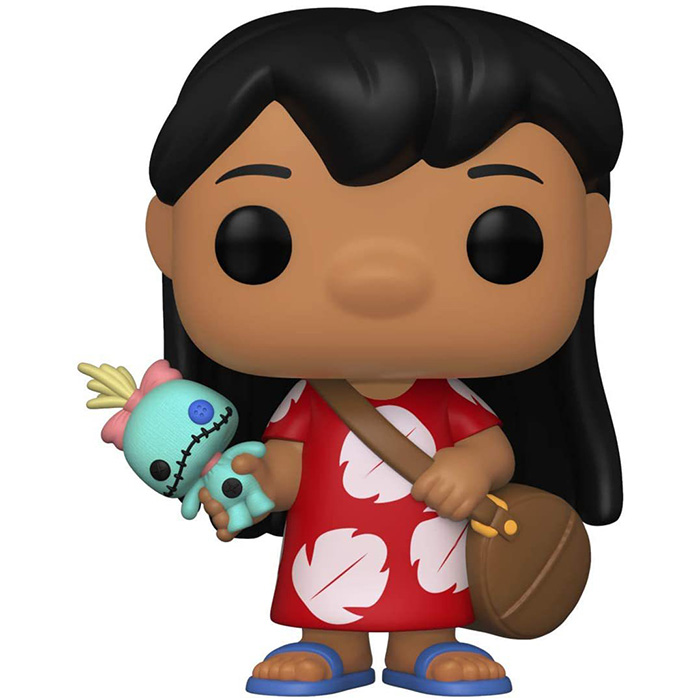 Lilo is one of the heroines of the cartoon Lilo and Stitch from Disney Studios. This one takes place mainly on the island of Hawaii. Lilo lives with her older sister Nani since the death of their parents and both try to get by as best they can. Lilo is an endearing little girl, but she has a hard time making friends because of her temper. She is often found playing with her voodoo doll Scrump. One day, she and her sister decide to adopt a dog. Then they meet Stitch and of course Lilo chooses him. But Stitch is in fact an alien creature who crashed on Earth while running away. To escape his pursuers, he decides to play along and pretend to be a dog. 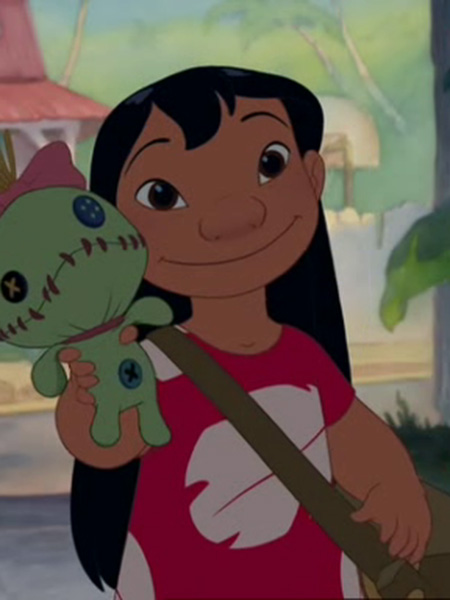 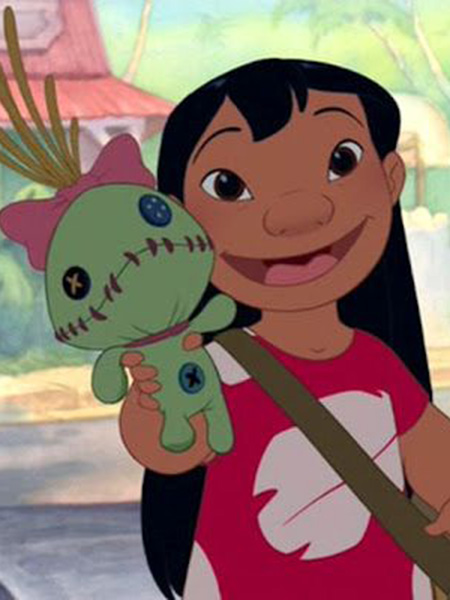 Lilo is shown here wearing the red dress with white flowers that she wears at the beginning of the film. She is also wearing blue sandals and a big brown bag slung over her shoulder. We find her brown skin and her long black hair with a slightly dishevelled fringe on the front. In her other hand, she holds her little green Scrump doll with buttons for eyes and her mouth all sewn up. She also has a pink bow on top of her head with a tuft of straw sticking out. 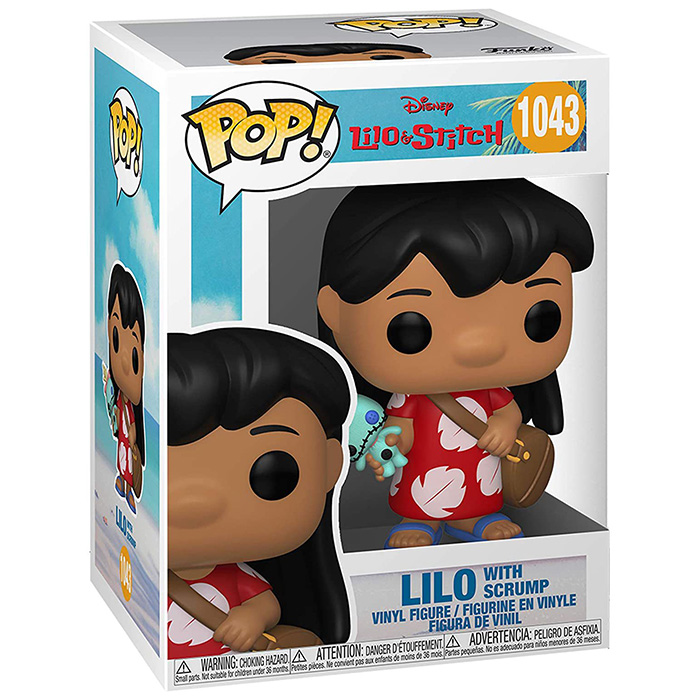