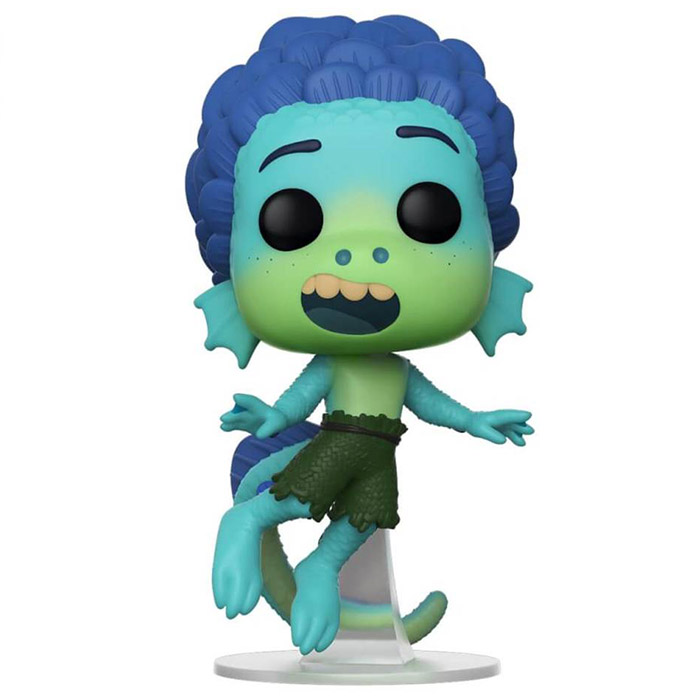 Luca is the main character in the Disney cartoon of the same name. He is a sort of small sea monster living under the sea off the Italian village of Portorosso. Luca is fascinated by the human world but his mother forbids him to go there because it is too dangerous. One day, he meets a boy named Alberto who lives alone in the human world. Luca is tempted and follows him, transforming into a human for the first time. Alberto will make him discover the human world and together they will go to the village of Portorosso in their human version with a precise goal, to find money to buy a Vespa and to leave to visit the world. 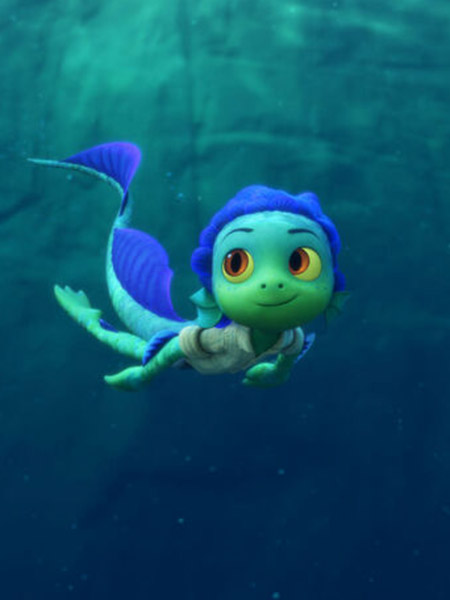 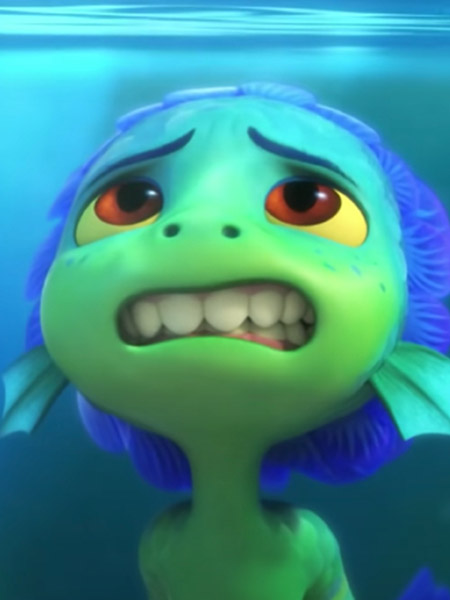 Luca is represented here in his “sea monster” version. He is placed on a transparent plastic base. We can see his bluish and scaly body. He has arms and legs like a human but also a long tail and spines on his back. On the head, we find his little nose and fins on the sides of the face. We also find his blue hair and his little green shorts. 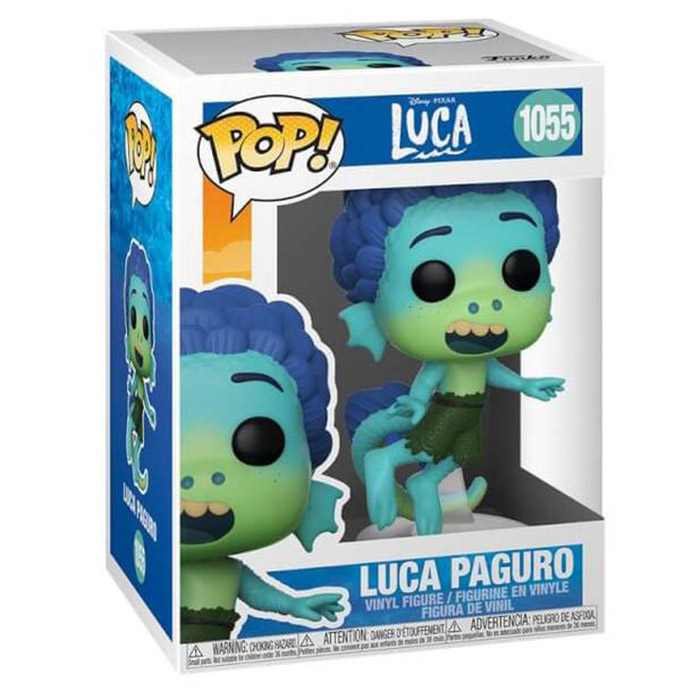 Walrus and the Carpenter Pop Figure (Alice in Wonderland)