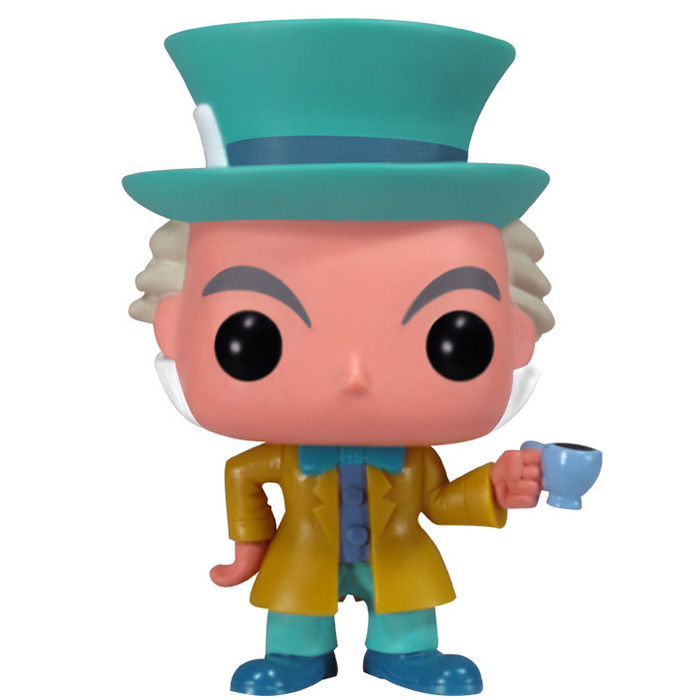 The Mad Hatter is one of the important characters in Walt Disney Studios’ famous Alice in Wonderland cartoon, based on the famous novel of the same name by Lewis Carroll. When Alice follows the little white rabbit down the rabbit hole, she falls and falls and finds herself in a very strange world in which it will be very complicated to find her way home. While following this famous white rabbit, Alice finds herself at a strange birthday party, or rather a non-birthday party, as the mad hatter explains to her. Indeed, he and his friends, including the Mars Hare, celebrate their non-birthday every day with tea and cakes. Like many characters in this world and as his name suggests, the mad hatter is completely crazy and is not much help to Alice who is looking for her way. 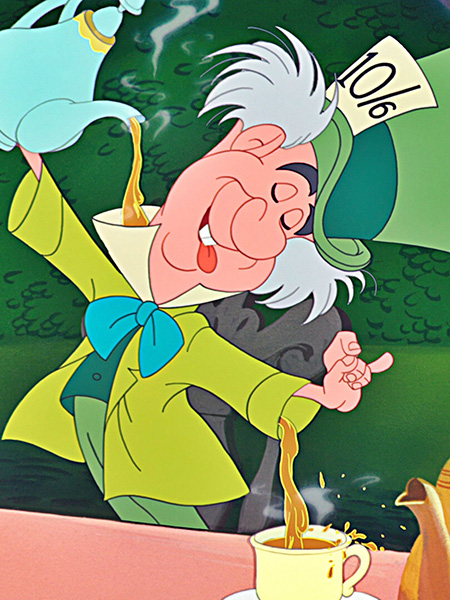 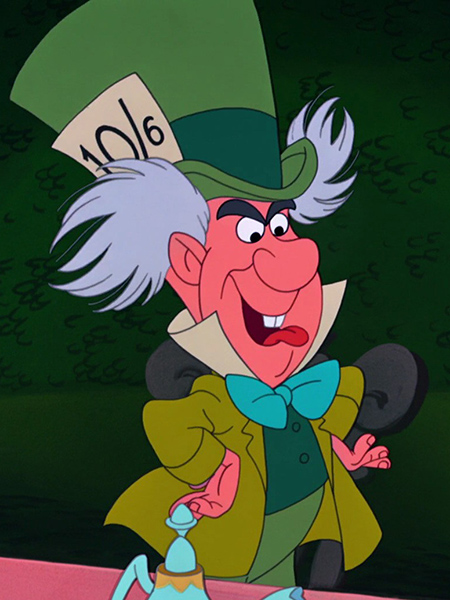 The Mad Hatter is shown here as seen in the cartoon in the scene where he is celebrating his non-birthday. He is wearing a brightly coloured suit with turquoise trousers that match his bow tie and blue shoes. He is also wearing a yellow frock coat with the collar of his white shirt going up high around his neck. On his head, he wears a turquoise hat with a blue ribbon and a map attached to it. Finally he is holding a blue cup in his hand. 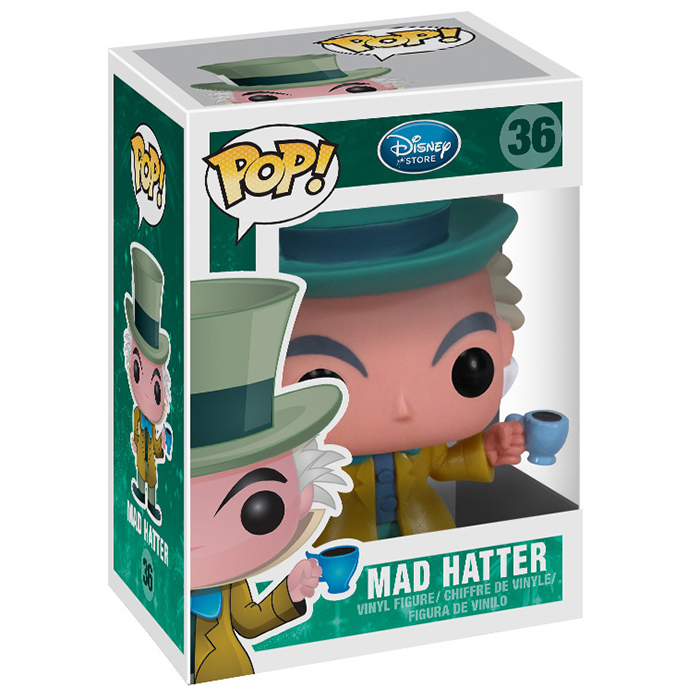