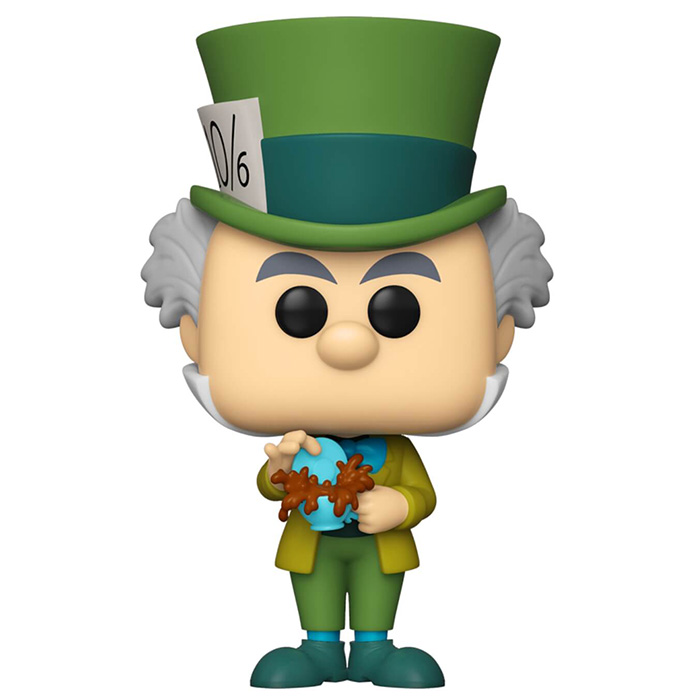 Mad as a Hatter

The mad hatter is one of the many totally crazy characters that Alice meets in the famous cartoon Alice in Wonderland by Disney Studios, inspired by the novel by Lewis Carrol. Indeed, when she finds herself in Wonderland after following the White Rabbit down the rabbit hole, she tries to find her way back at all costs. But the inhabitants of this country are not very helpful. She meets the Mad Hatter while he is celebrating his unbirthday with his equally mad friend, the March Hare. They invite Alice to their totally crazy tea party where they eat both the cups and the cakes. 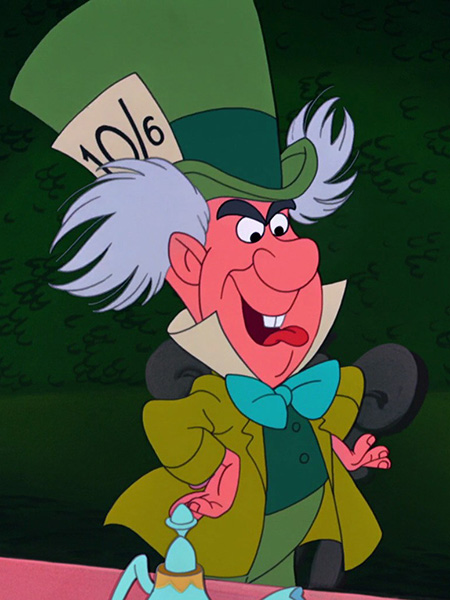 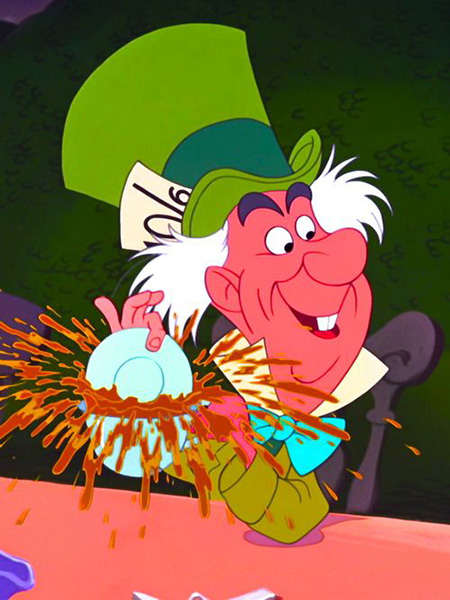 The Hatter is shown here as he is seen in the cartoon, all dressed in green. He wears an elegant, if too short, suit consisting of trousers, a jacket, a vest and a big blue bow tie, as well as a shirt with a white collar going up very high. His grey hair is slicked back in clumps on the sides of his face and he is wearing a large top hat. Finally, he is holding a cup of tea in his hand, in which he is dipping his cup. 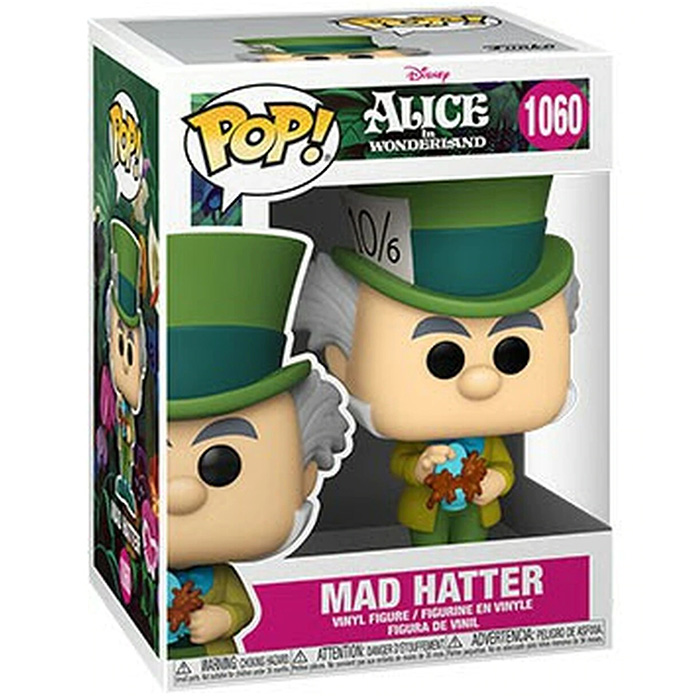