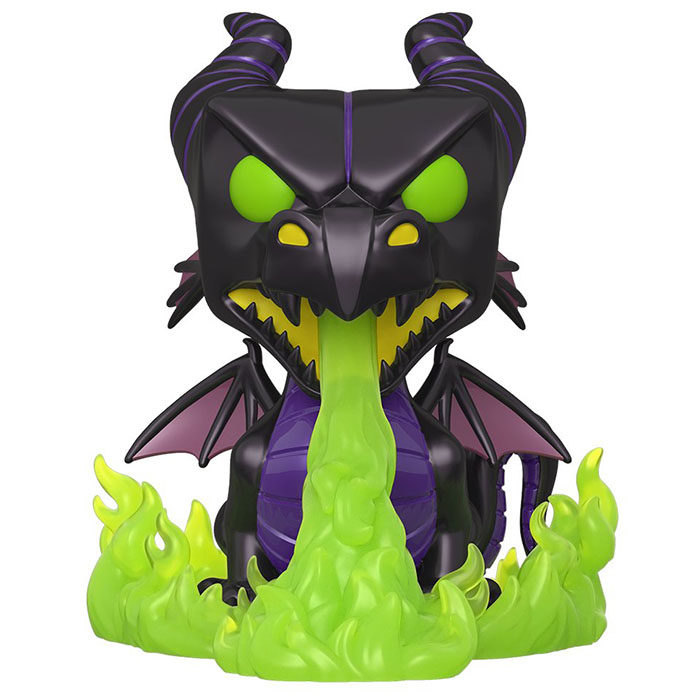 The most famous villain of all

Maleficent is the famous big bad from Disney’s Sleeping Beauty cartoon, adapted from the famous Brothers Grimm fairy tale. When the king and queen of the kingdom finally have their first baby, they invite almost the entire kingdom except the famous evil fairy Maleficent. She is very upset and comes anyway. She curses the young Aurora, predicting that she will prick her finger on her sixteenth birthday and die. The good fairies soften the spell so that Aurora will only be asleep for a hundred years and can only be awakened by the kiss of a charming prince. Despite the efforts of the fairies, the spell comes true but the prince, in love with Aurora, will do everything to wake him up. It is then that Maleficent will transform into a dragon to prevent him from passing. He will then use the enchanted sword given by the fairies and pierce Maleficent’s heart in order to finally wake up the princess. 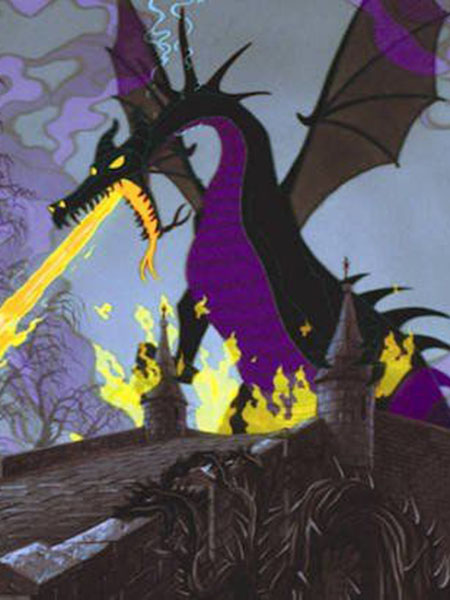 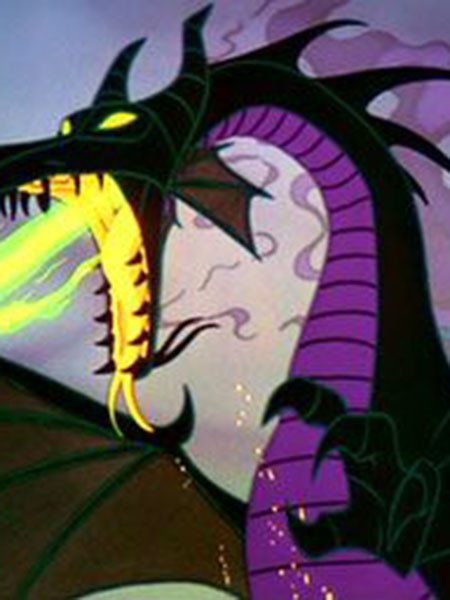 So Maleficent has been represented here in his dragon form as a supersized figure. It is a mainly black dragon with two big horns reminding of Maleficent’s as well as a purple chest and impressive green eyes. She is represented on her four legs with her two open wings and especially spitting this famous green magic fire surrounding her completely. 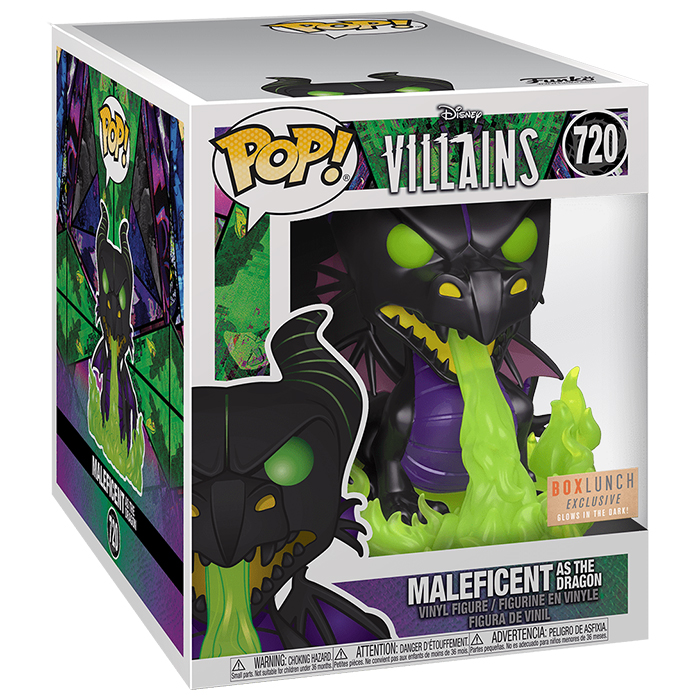