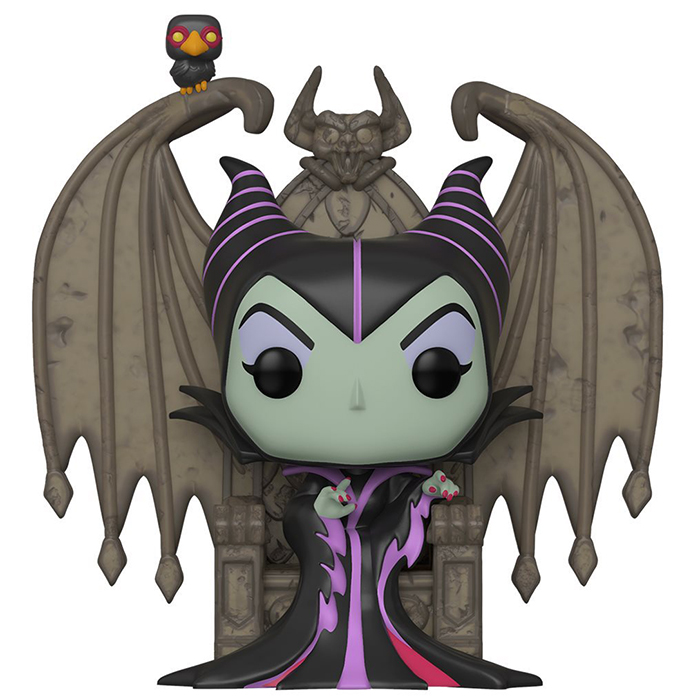 Maleficent is the famous evil fairy from the Disney Studios cartoon Sleeping Beauty based on the famous Grimm brothers’ tale. At the beginning of the story, she is very upset not to be invited to the baptism of Aurora, the daughter of the king and queen of the kingdom. She comes anyway when the three fairy godmothers are giving their blessing to the little girl. She then puts a curse on her saying that she will prick her finger on the tip of a cattail on her sixteenth birthday and die. One of the fairies softens the curse saying that she will not die but will be plunged into a deep sleep from which only the kiss of a charming prince will wake her up. But the king doesn’t want to take any risks and sends Aurora to live incognito with the three fairies in the forest. And for sixteen years, Maleficent will send his henchmen to try to find her. 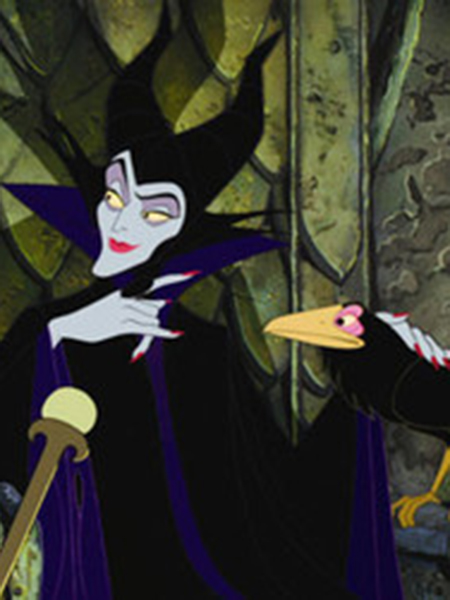 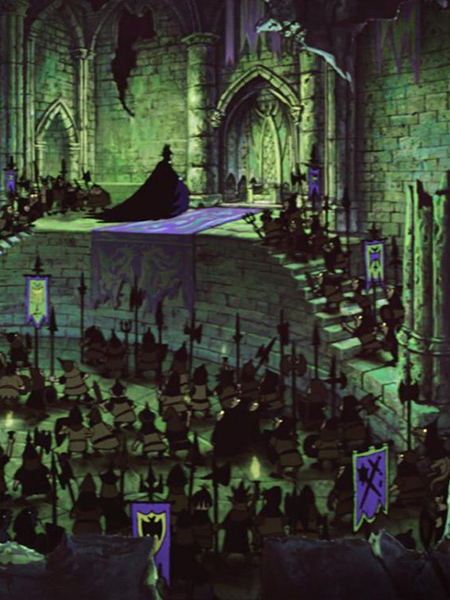 A Place of Choice

Maleficent is shown here on her throne in her dark tower as seen in the cartoon. We find her green face as well as her long black coat with wide sleeves and purple borders. On her head, we find her horns surrounded by a black headdress. Finally, she is sitting on a grey stone throne with two large dragon wings and a demon head on top. Her faithful raven is placed above her. 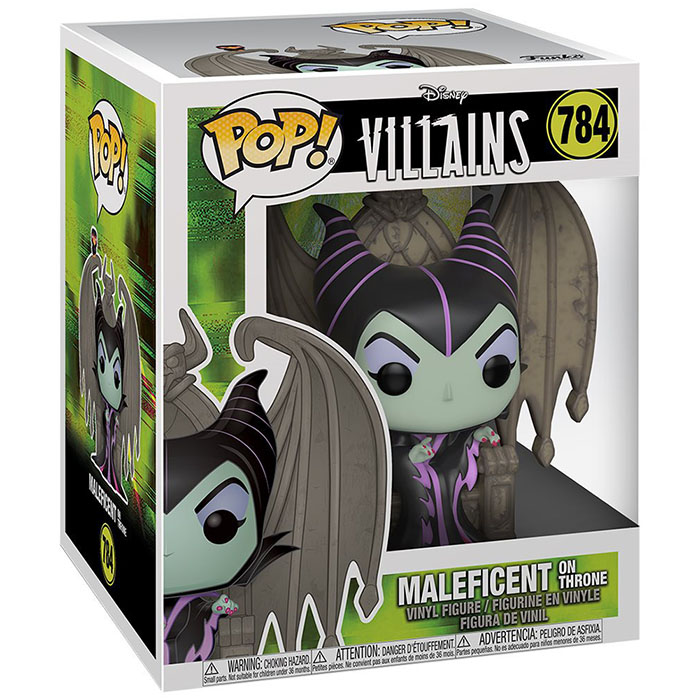