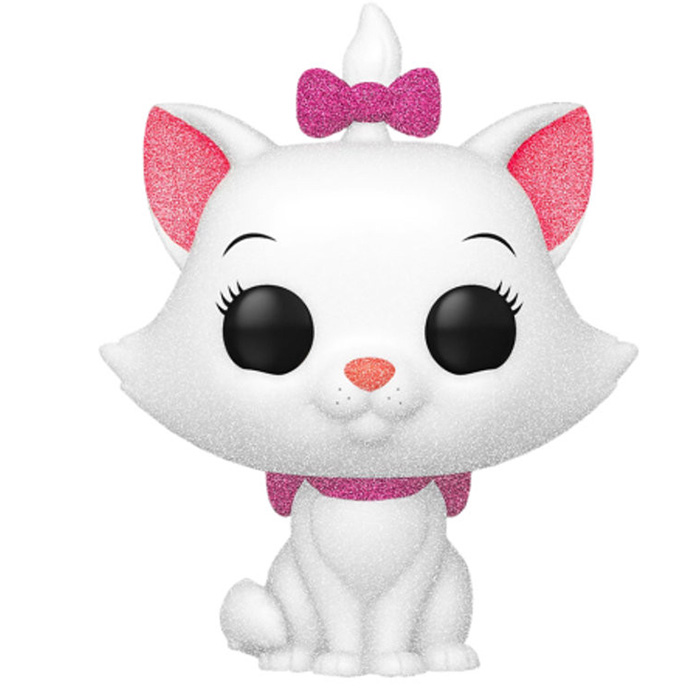 Marie is one of the three kittens in Disney’s famous cartoon The Aristocats (VO) set in Paris in the early 20th century. She, her brothers Toulouse and Berlioz and their mother Duchess live in a luxurious mansion with their mistress “Madame” who loves them more than anything, and her faithful butler Edgar. Marie is a precious little cat who already behaves like a real lady and aspires to be as elegant as her mother. She sings with her brothers and plays with them, even though she often considers them to be a bit boorish. All is well in the best of worlds until the day Madame makes her will and decides to leave everything to her cats and then to her butler. He is so angry that he decides to kidnap the cats and get rid of them far away in the countryside. But the cats are resourceful and they meet Thomas O’Malley the alley cat who helps them find their way back. 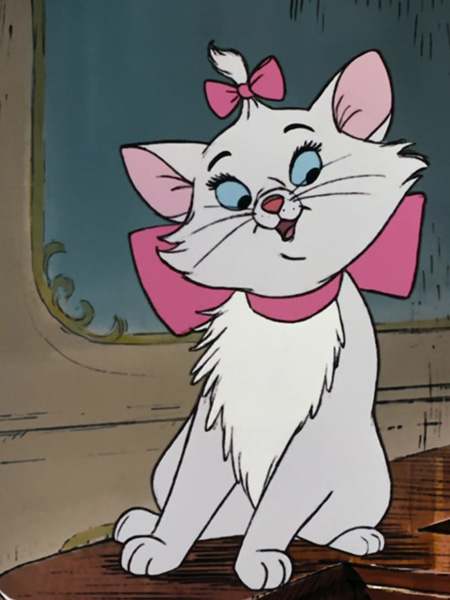 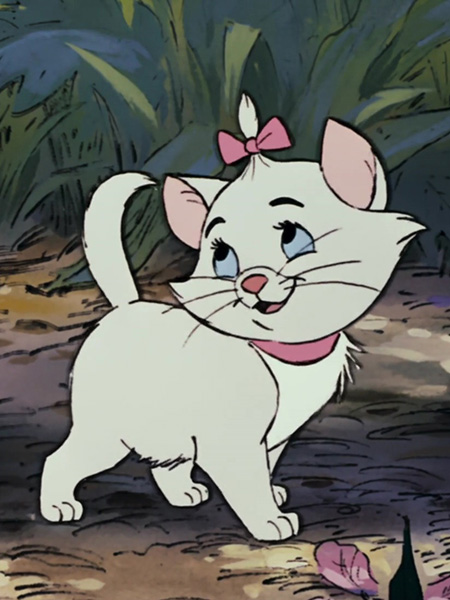 For this exclusive version of the character, Funko has depicted Mary in the Diamond version, which means covered in glitter. She’s white and sits quietly with her front paws between her back paws and her bushy tail pulled forward. The inside of her ears is pink and she has a little smile. Finally, she wears a big pink bow around her neck and a smaller one holding the puff of hair on top of her head. 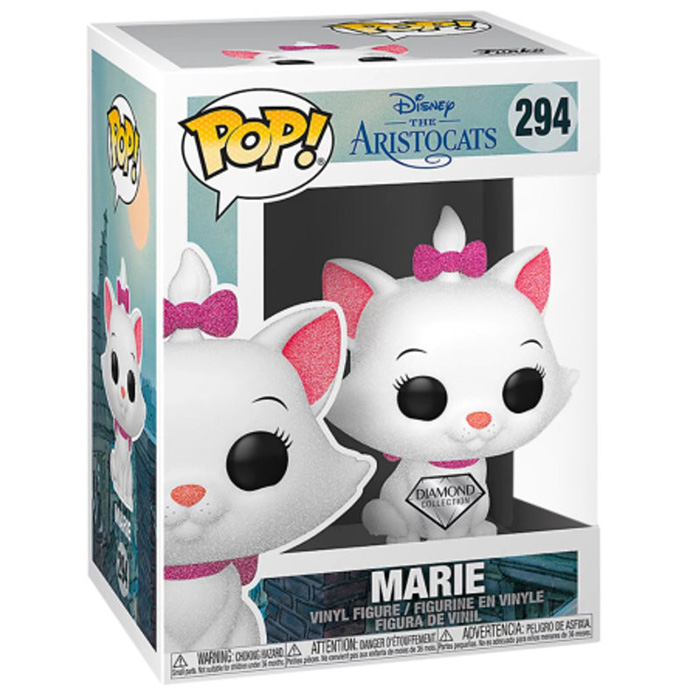