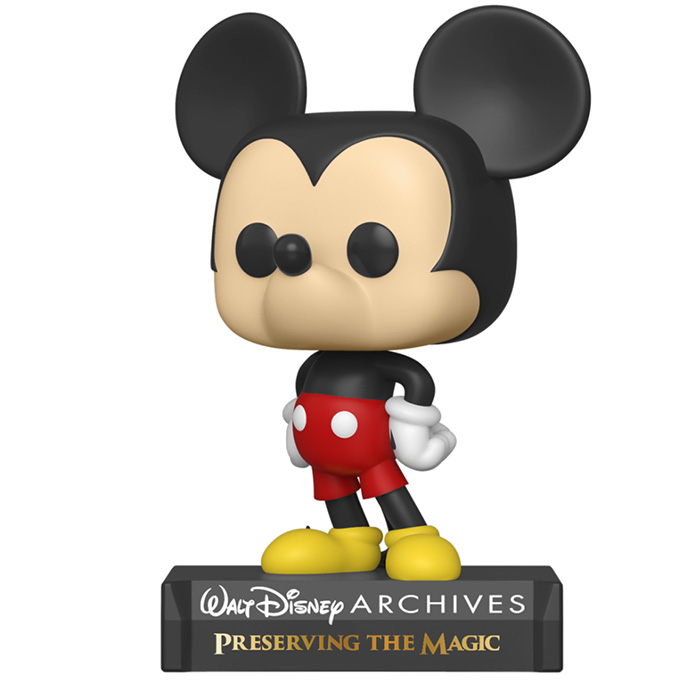 The most famous mouse

Mickey Mouse is an anthropomorphic mouse created by Disney Studios in the 1920s that made the studio famous. He was created after Disney lost the rights to Oswald the Rabbit. He was first seen in black and white in the cartoon Steamboat Willie, which caused a sensation because of the way the sound effects and music were perfectly in tune with the images we saw. Mickey would go on to star in numerous shorts and move on to feature films and color with Fantasia. Afterwards, Mickey and his friends continued to be stars thanks to numerous series or video games and Mickey continues to be the mascot of the Disney studios today. 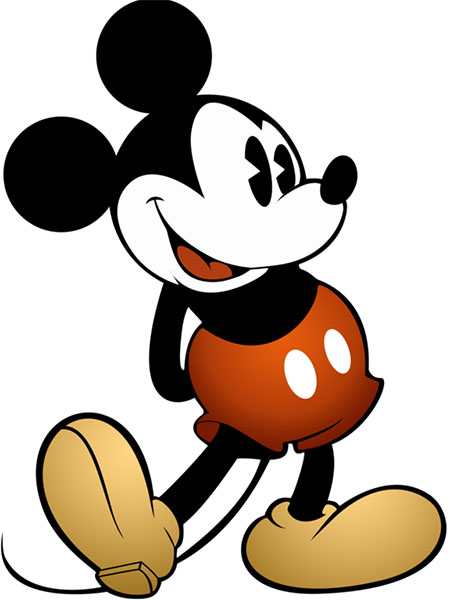 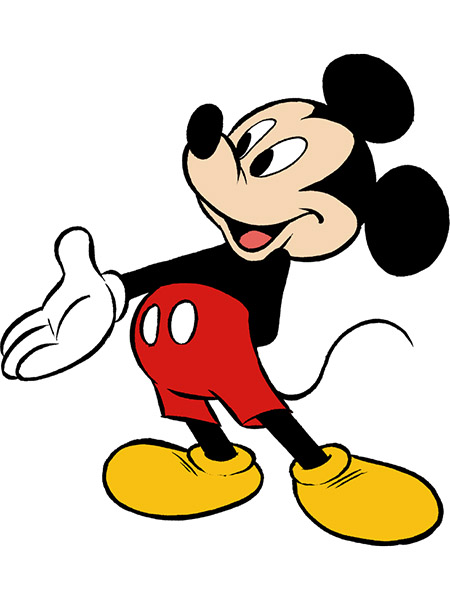 This figure was created on the occasion of the fiftieth anniversary of the Disney Studios Archives. It is part of a collection of five Mickey figures through the ages and all the figures are on a black base and follow each other as if each Mickey was drawing the next version. This one is the fifth and so stands with his hands on his hips while his predecessor draws him. His body is black and he is wearing his usual red shorts with white buttons and his big yellow shoes. On his head, we find his pointed mouse nose and his two big round ears. 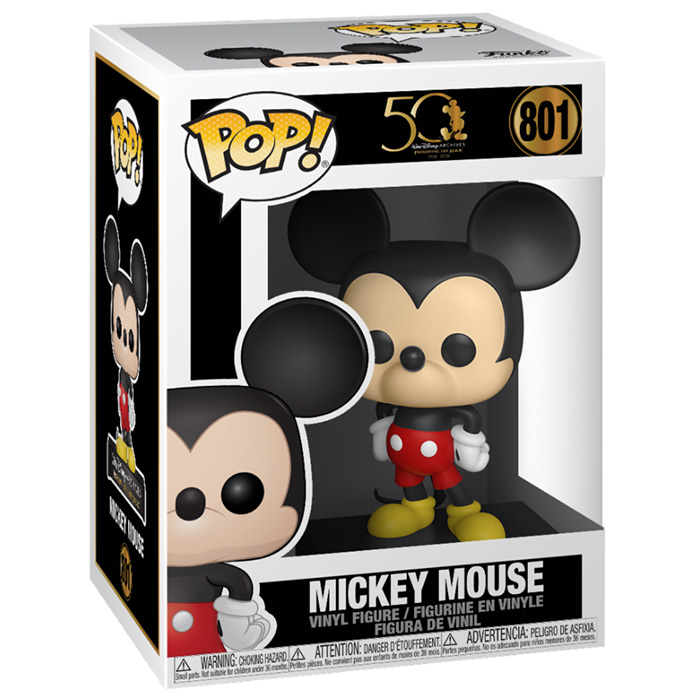