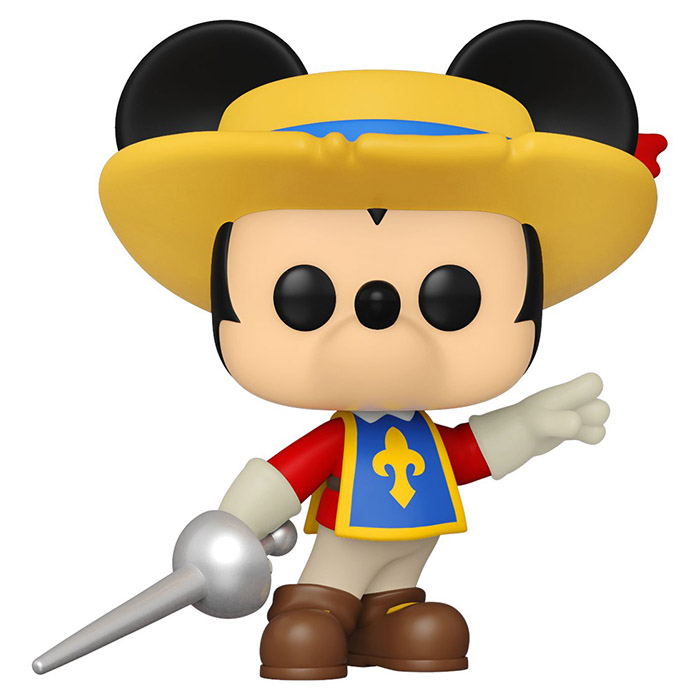 A different kind of musketeer

Mickey Mouse is one of the heroes of the Disney Studios cartoon The Three Musketeers, very loosely based on the novel by Alexandre Dumas. In this cartoon, Mickey, Donald and Goofy are housekeepers in the famous barracks of the musketeers Athos, Porthos and Aramis. They dream of becoming musketeers, but Donald is not very brave, Dingo is rather lazy and Mickey is much too small despite his courage. When the chief of the barracks, Pat Hibulaire, conspires to take the place of Queen Minnie, he assigns the three companions as bodyguards, thinking that it will then be easy to kill her. But the three companions are braver than they appear and Mickey proves to be a brilliant fighter. They manage to save the queen and foil the conspiracy. In the end, they become true musketeers. 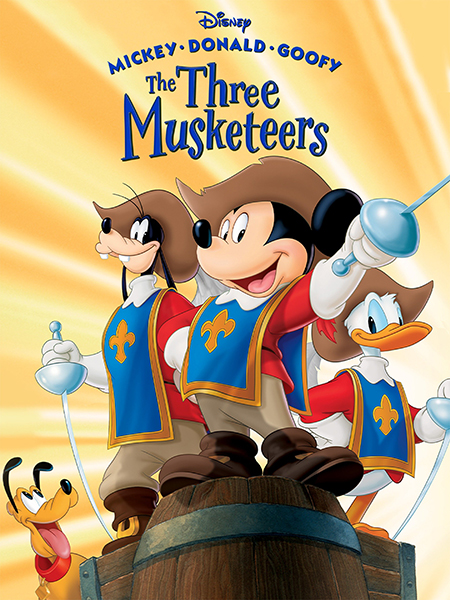 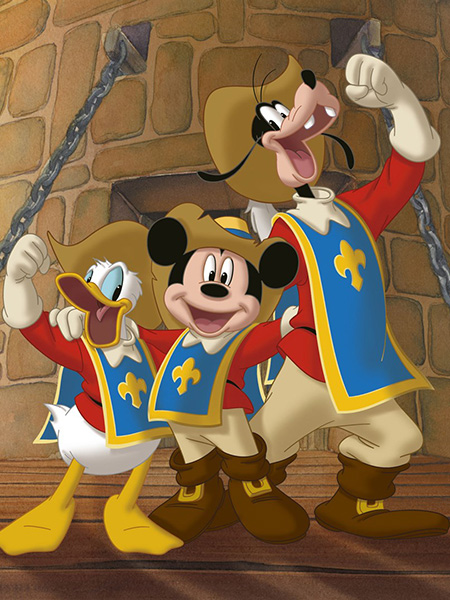 Mickey is represented here as a musketeer as he can be seen in this cartoon. He wears a red shirt, beige pants and brown boots. He also wears the tabard of the musketeers, yellow on blue bottom and of his gloved hand holds his sword of musketeer. On his head, he wears a big yellow hat with big round ears. 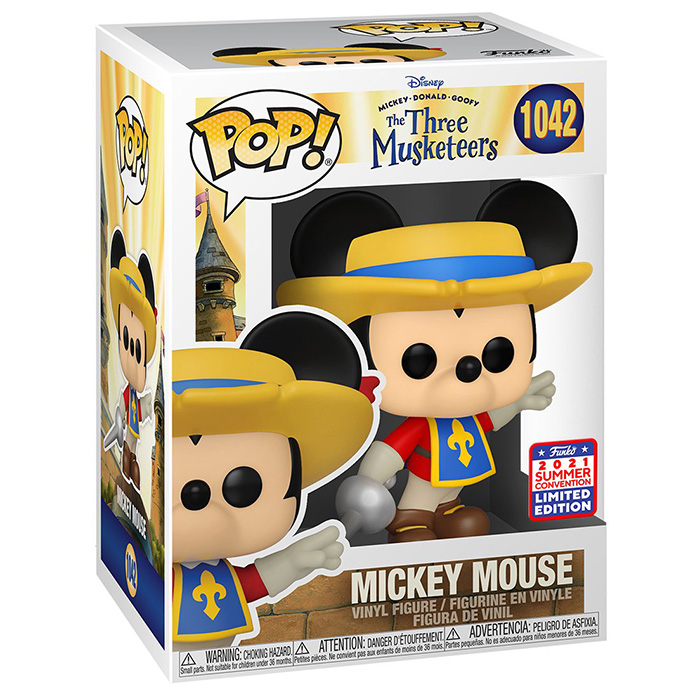