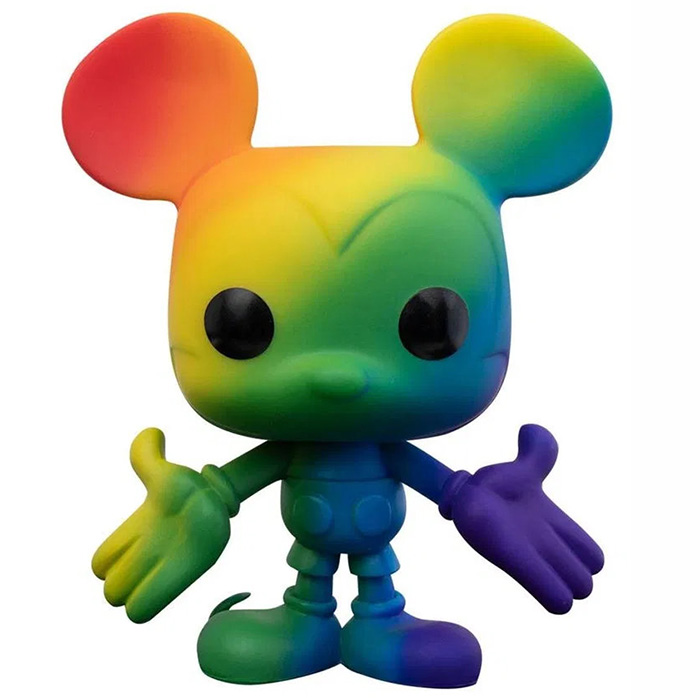 The most famous mouse

Mickey Mouse is the most famous character in the Disney universe, so much so that he has become its mascot. He is an anthropomorphic mouse who was first seen in the 1928 black-and-white musical short Steamboat Willie. The character’s cheerfulness and high-spiritedness, as well as his famous high-pitched voice, were immediately appealing. Mickey was soon featured in numerous short films until he was given a role in the feature film Fantasia. Close to Mickey, we find Minnie, his lover but also his friend Dingo and his dog Pluto. Since then, Mickey has become the hero of many short films, cartoon series and even video games, in addition to being the star of the Disneyland theme parks. 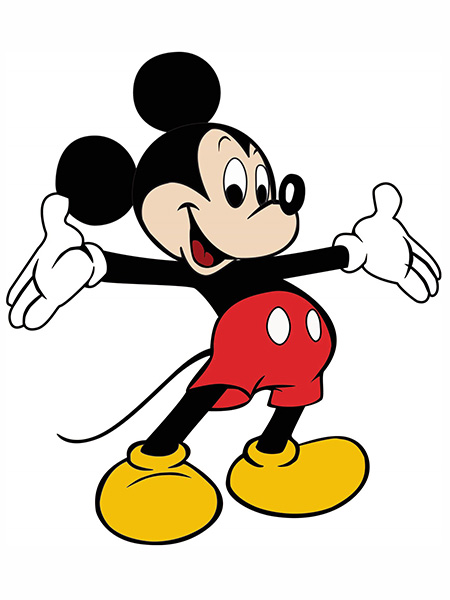 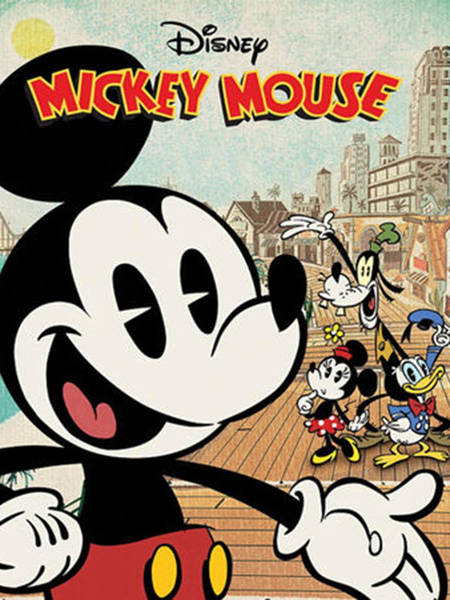 A cult character for a good cause

On the occasion of Pride Month, Mickey has been depicted here in the colors of the LGBTQA+ flag to benefit the charity “It Gets Better”. Mickey is shown wearing his most classic outfit, short overalls with two big buttons and big shoes. He is also wearing gloves showing his four-fingered hands. We also find of course his long tail and his big ears. The colors are represented in a diagonal gradient going from red to orange, yellow, green, blue and ending in purple. 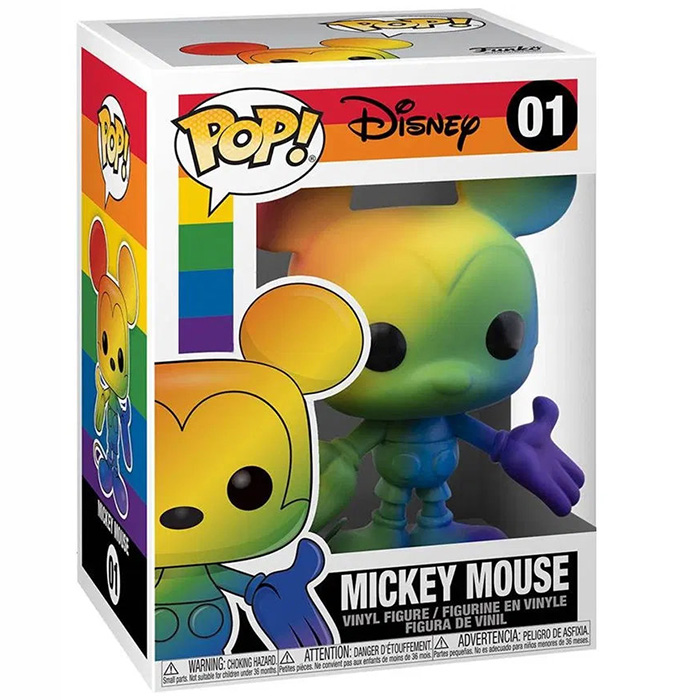