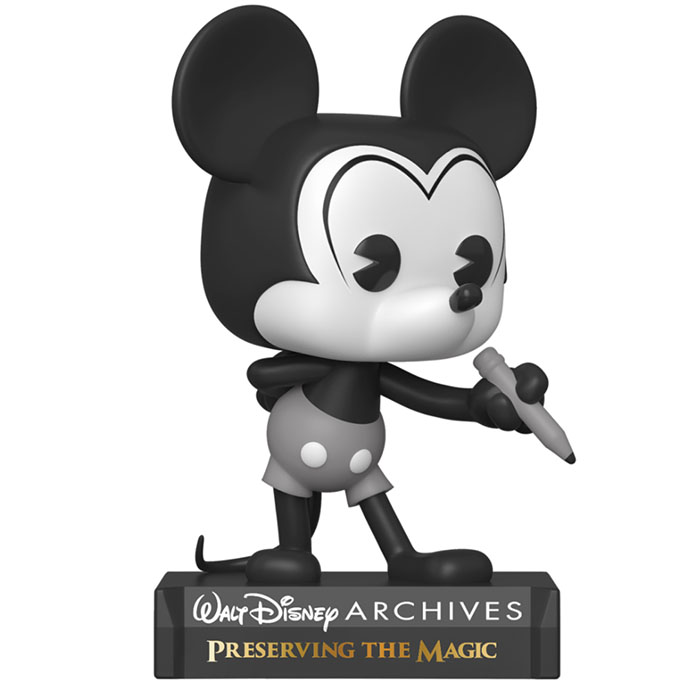 Mickey is the hero of the animated short film Plane Crazy released in 1928 and inspired by the exploits of Charles Lindbergh. Mickey decides to build his own plane with parts he finds around his house and takes Minnie, his fiancée, with him. But his tests are disturbed. The first time, he is ejected, then a cow interferes with his trajectory. Finally, when he finally takes off with Minnie on board, he tries to kiss her, but she is annoyed and jumps out of the plane, using her underwear as a parachute. Mickey is so upset that his plane ends up crashing again. 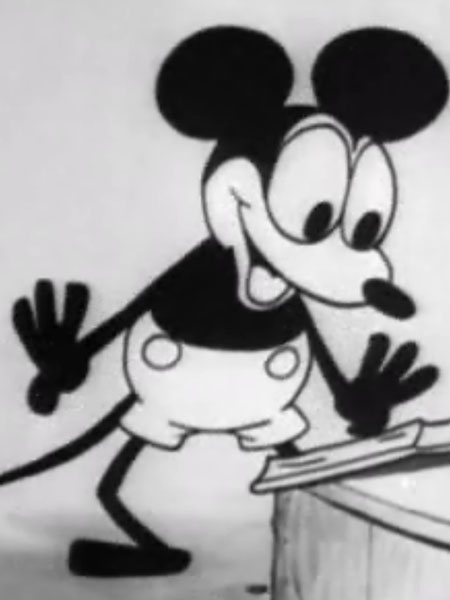 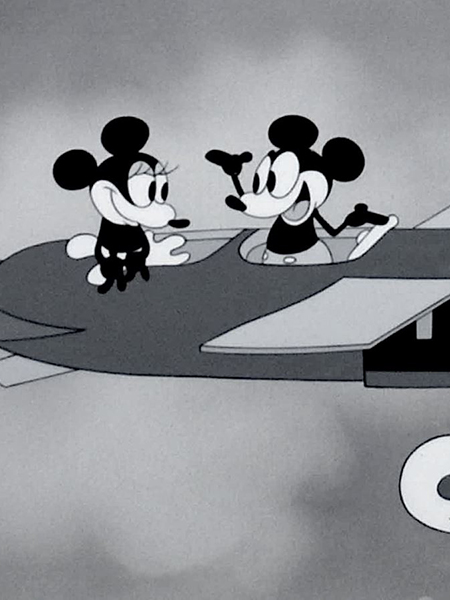 This figure is part of the fiftieth anniversary collection from the Walt Disney archives. It has the particularity that the four Mickey figures from different eras are all linked so that each version of Mickey gives the impression to draw the next one. Mickey is thus represented here in black and white with his simple little shorts with two buttons and a hand in the back while the other holds a pencil to draw the next version. On the head, we find his big black ears and an extra line above his eyes that he lost later. Then his eyes with an opening on the side are well in the typical fashion of the 20s. 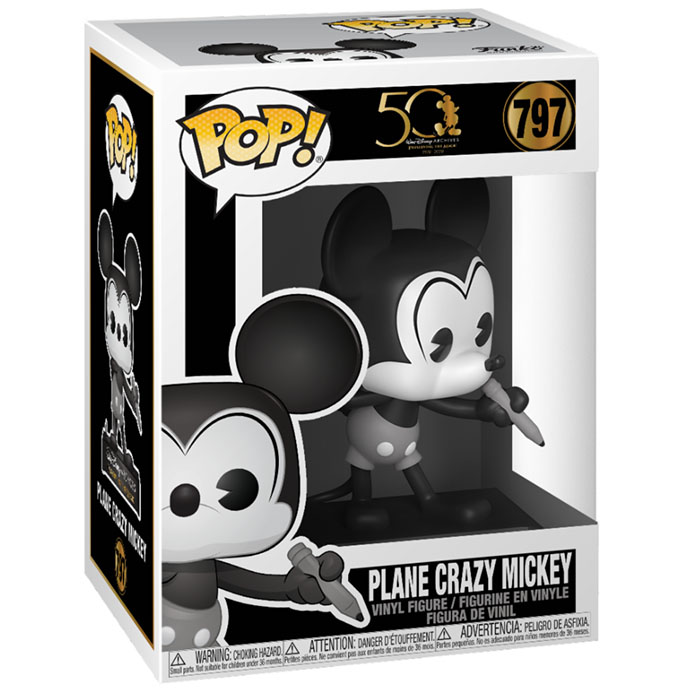