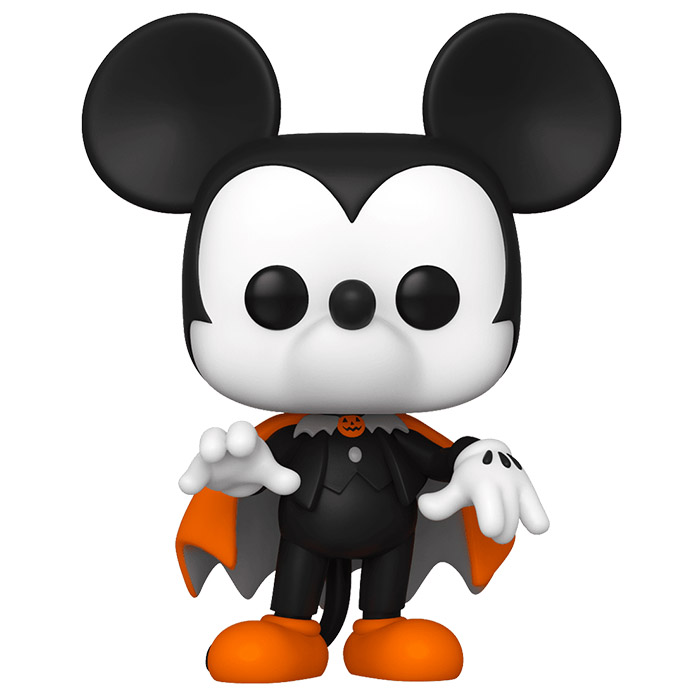 Mickey is one of the most famous characters in the Disney universe. He was created in 1935 by Walt Disney himself after the studios lost the rights to the character of Oswald the rabbit. Mickey is a talking anthropomorphic mouse, moving on two legs and doing everything like a human since he even has a dog. He first appeared in the short cartoon Steamboat Willie and, becoming very popular, he was featured in many short films and became the studios’ mascot. In 1940, he was even given his own feature film, Fantasia, where he played the role of a magician’s assistant trying to cast spells. Since then, Mickey has been featured in short films, animated series and video games, and he remains a central character in the Disney image. 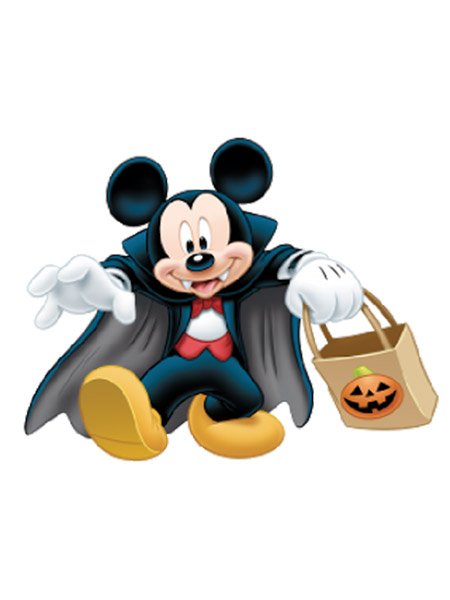 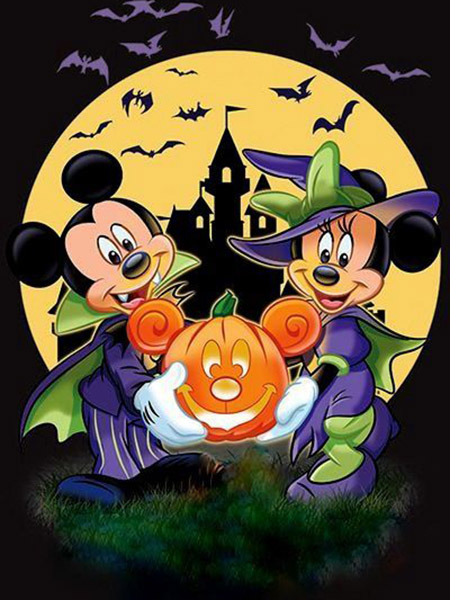 Mickey is shown here in a vampire outfit for the Funko Halloween collection. He is depicted entirely in black and white except for his big shoes and the outside of his cape which are orange. He is wearing a long black three-piece costume with a bow tie in the shape of a bat and a pumpkin in the center. His hands are stretched forward in a classic vampire attitude and we find as always his two big black ears. 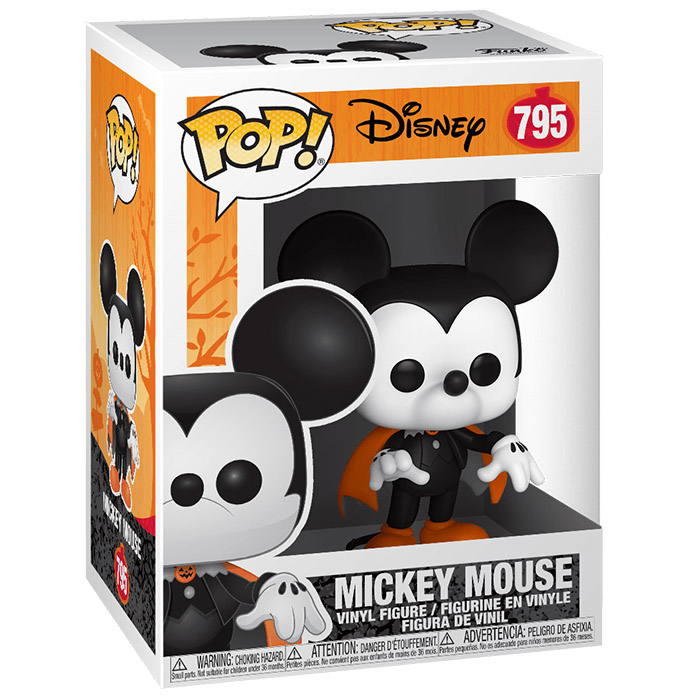