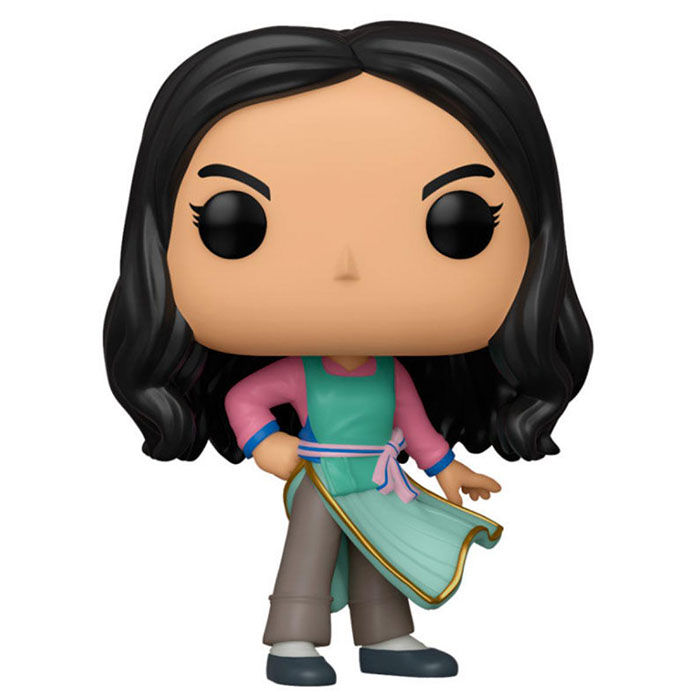 Mulan is the heroine of the Disney Studios film Mulan, based on the cartoon of the same name, itself based on a famous Chinese legend. The story takes place in medieval China. The Huns have succeeded in breaking through the Chinese wall and are about to invade the country in order to reach the imperial city. China asks one man from each family to join its army. Unfortunately, the father of young Mulan, who has no son, is a man who has already been wounded in war and for whom this war would mean certain death. Mulan decides to take her mother’s armor and horse and join the army, pretending to be his son. She will have to pass herself off as a man and undergo rigorous training to join the army and she will surprise everyone by showing herself to be a formidable warrior and particularly intelligent to the point of attracting the attention of the leader of the Hun army. 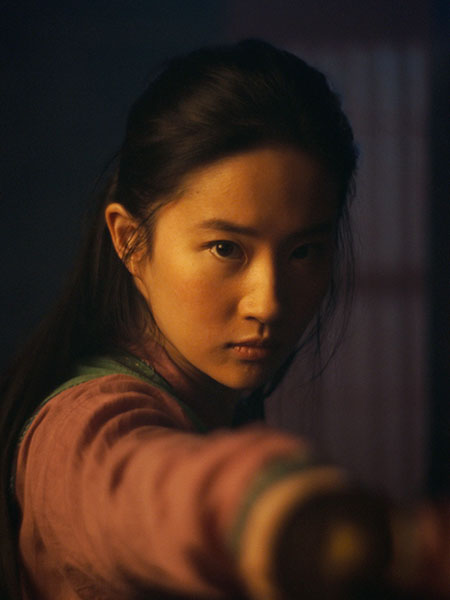 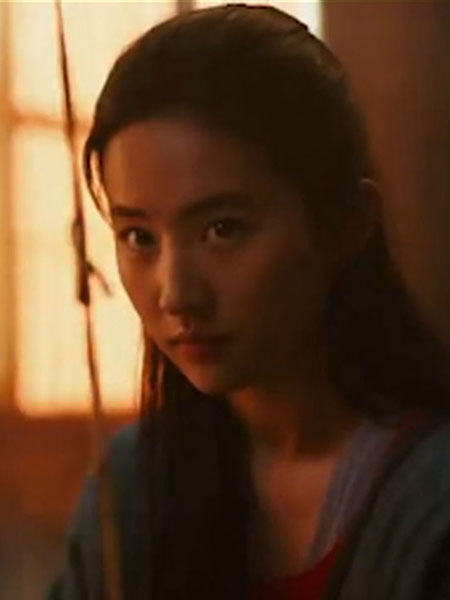 Mulan is shown here as she is seen at the beginning of the film when she works on the farm or goes to the village. She wears simple grey trousers with small black ballerina shoes. She wears a pink shirt with long sleeves and a long turquoise tunic with golden edges and open on the sides for a greater ease of movement. At the level of the head, she has long black hair which falls freely in her back. 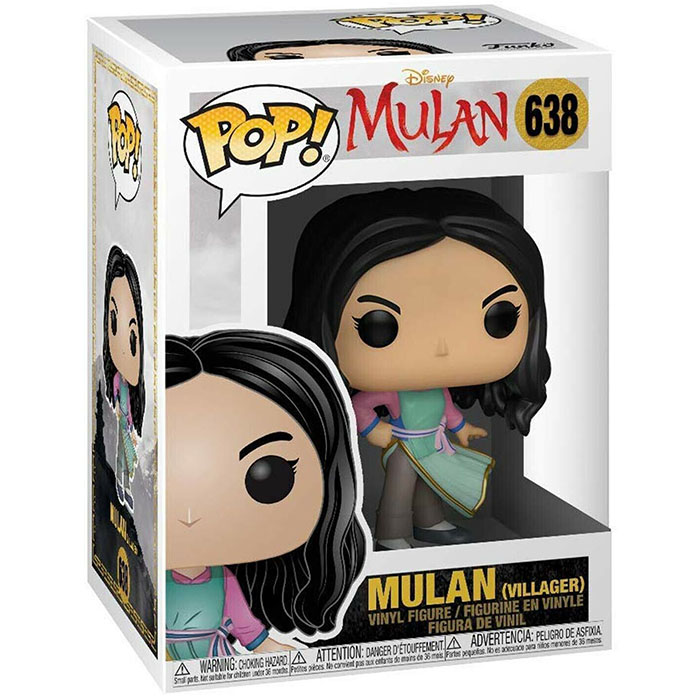