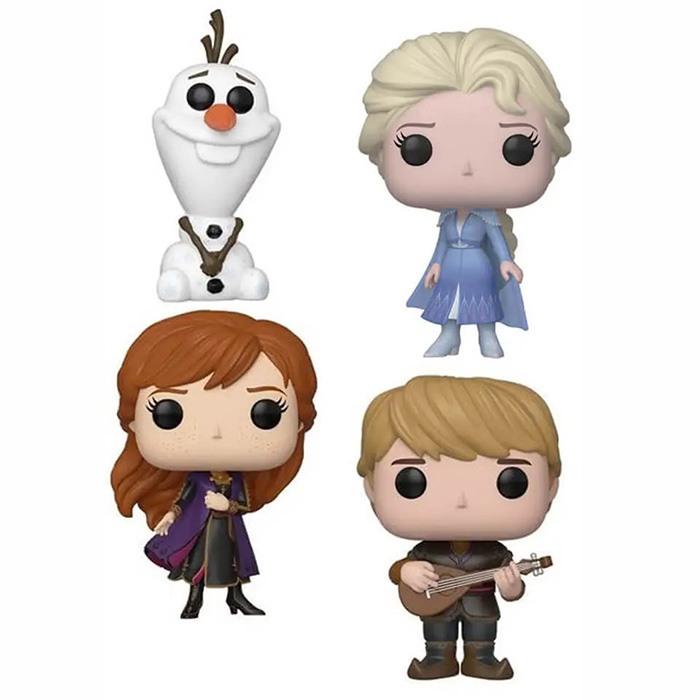 Back for more adventures

Olaf, Elsa, Anna and Kristoff are the heroes of the movie Frozen 2 following the first cartoon, one of Disney’s biggest hits of the 2010s. In this movie, everything is going well in Arendelle. Anna and Kristoff are very much in love and about to get engaged provided Kristoff finally finds the right moment to propose, Olaf and his personalized cloud are perfectly happy and Elsa is thriving in her role as queen. But she is also troubled by strange dreams about stories told by her mother and things that happened before she was born. One night, she accidentally awakens the spirits of the nearby forest, which has been asleep and lost in the fog for years. In order to save Arendelle and to understand the origin of her powers, Anna embarks on a quest accompanied by her sister, Kristoff and of course Olaf. 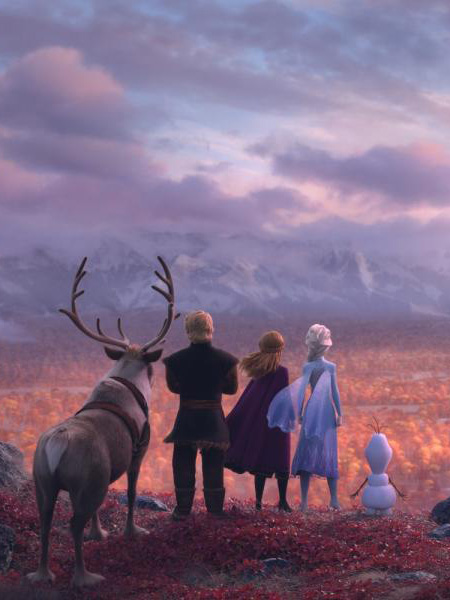 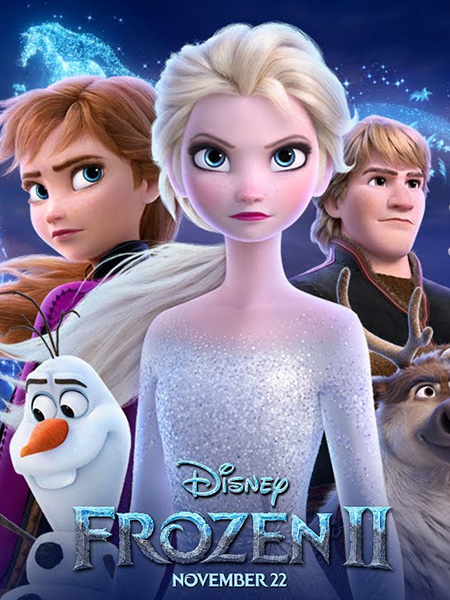 The entire team from the film is shown here in the clothes they wear when they go on a quest with Elsa. Olaf is shown seated, his body made of many snowballs, including a larger one for his head. His nose is a carrot and his arms and hair are made of tree branches. Elsa is wearing her long blue dress with a cape on her shoulders, all decorated with patterns reminiscent of ice. Her blond hair is pulled back in a loose braid. Anna wears her black and gold dress with her elegant purple coat and her long red hair is flying in the wind. Finally, Kristoff is still wearing his mountain man clothes and pointy shoes, although they are a bit more elegant than before and he is playing his guitar. 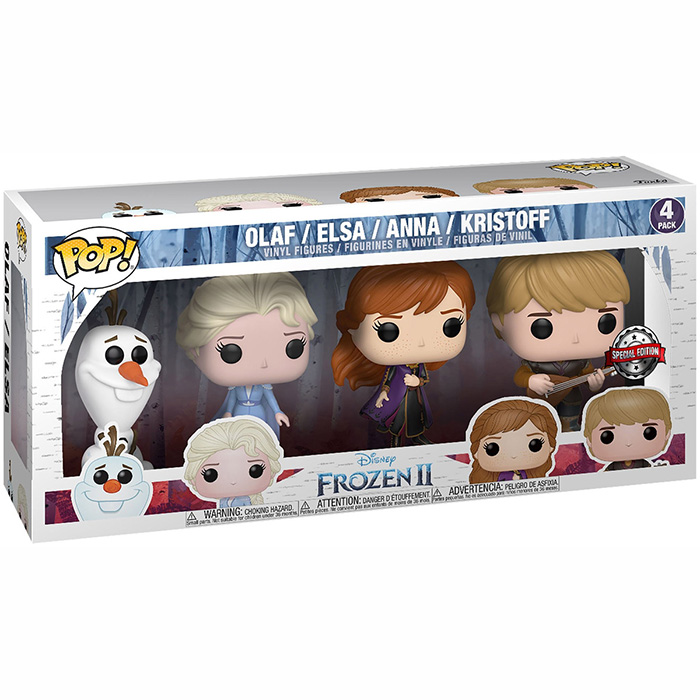