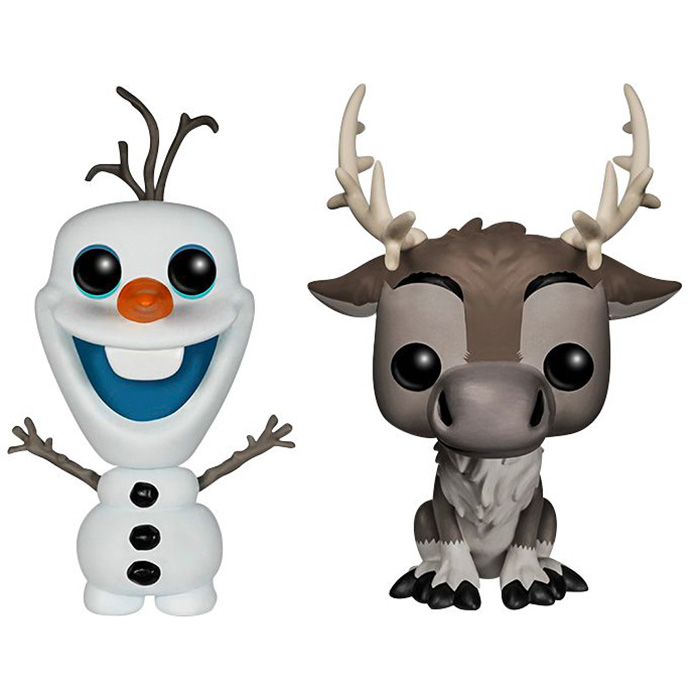 Olaf and Sven are the heroes of the short film Olaf’s Frozen Adventure set in the same universe as The Snow Queen shortly after the end of the first film. To celebrate the reopening of the castle gates and the return of Elsa as queen, the two sisters decide to throw a wonderful Christmas party for all the inhabitants of the kingdom. But once everyone has gone home to celebrate Christmas in their own way and the sisters find themselves alone, they realize that they have never really celebrated Christmas together and don’t have any particular tradition. Olaf decides to take Sven the reindeer to travel the kingdom in search of traditions to bring back to the two sisters. 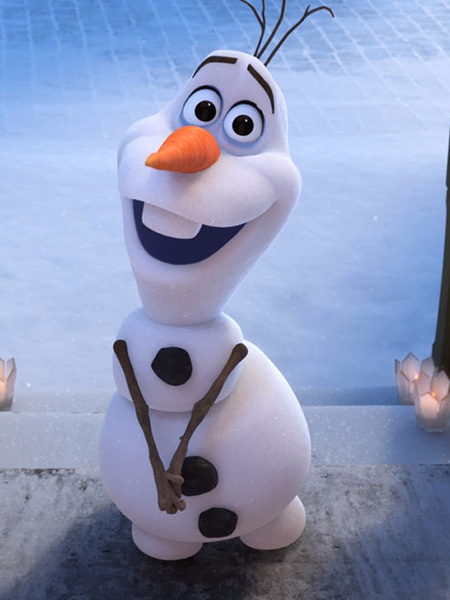 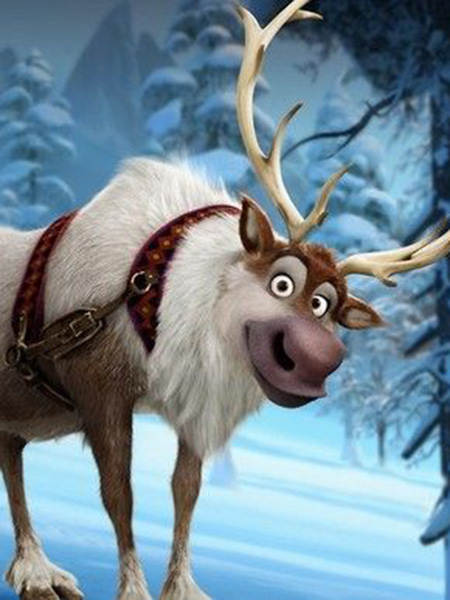 For this adorable two pack, Funko has brought together the two adorable companions of this short film. First of all, we find Olaf with his body made of two snowballs of different sizes and a bigger and oblong one for his head. His nose is made of a carrot and his arms and hair are made of tree branches. As always, he has a big smile on his face. Sven the reindeer is sitting on his backside with his front legs between his back legs. He has big expressive eyes amplified by his eyebrows and a very big nose which adds to the adorable side of the character. On the top of his head, he has two large antlers. 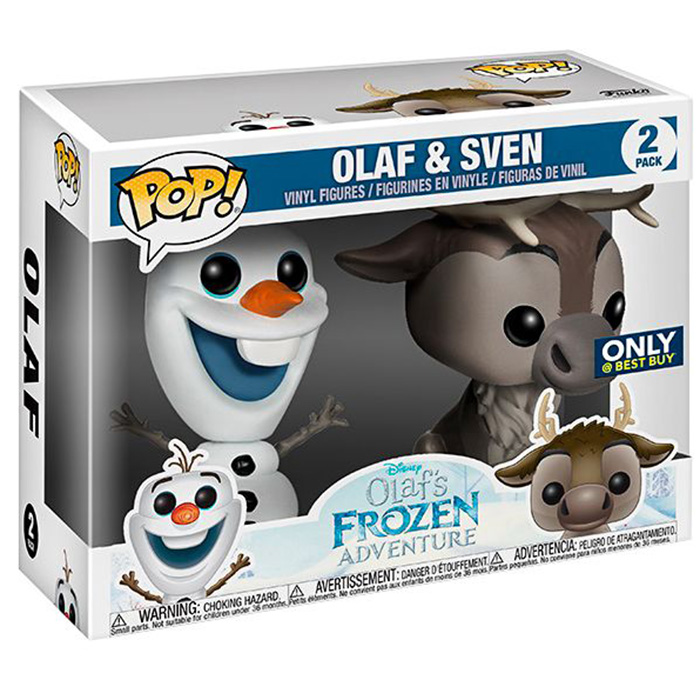