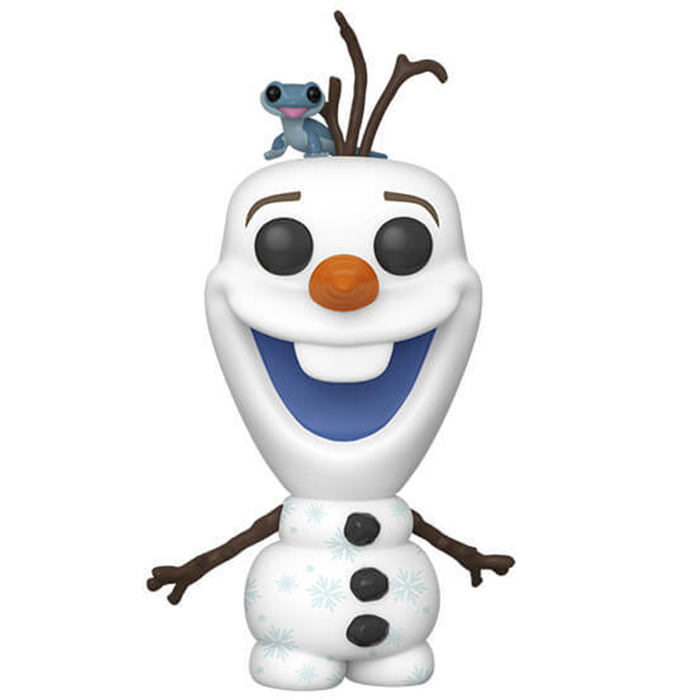 Olaf is one of the main characters in the cartoon Frozen 2, a sequel to the very popular first episode. He is a snowman magically created by Elsa when she lost control of her powers and fled to the mountain. In the second episode, all is well in Arendelle when Elsa accidentally awakens the spirits of the forest that have been mysteriously dormant since the battle between Elsa and Anna’s grandfather’s army and the peaceful people who lived there. The latter threaten the safety of Arendelle, so Elsa must go into the forest to try to understand what happened and appease the spirits. She is accompanied by her sister, Kristoff, Sven and of course Olaf. On the way, they meet the spirit of the wind and the spirit of fire, to which Bruni is very attracted, a kind of small salamander who particularly appreciates the contact of Elsa and Olaf, since the latter tends to catch fire very easily. On his side, Olaf is always very easily touched by any friendly creature. 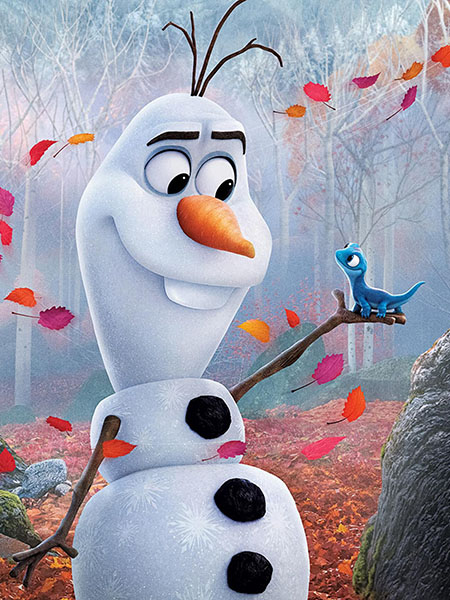 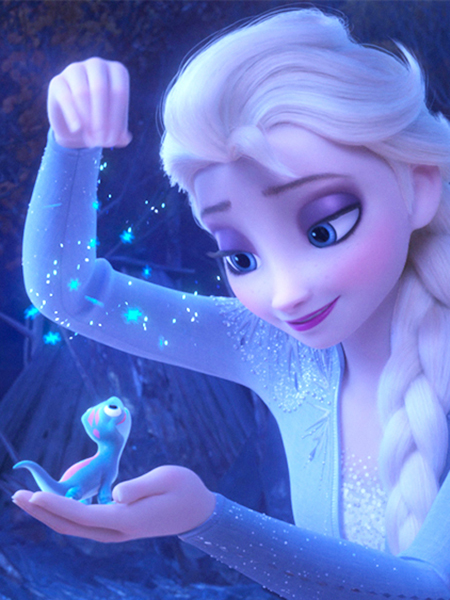 Olaf is shown here, as usual, with a very big smile and with Bruni on top of his head. His body is made of a big snowball, two smaller ones for the legs and a very big oblong one for the head. His arms and hair are made of tree branches and his nose is a big carrot. Her body is partly covered with small blue flakes. Finally, Bruni the little blue salamander is on Olaf’s head with one paw raised and her tongue out in a joyful attitude that seems to delight Olaf. 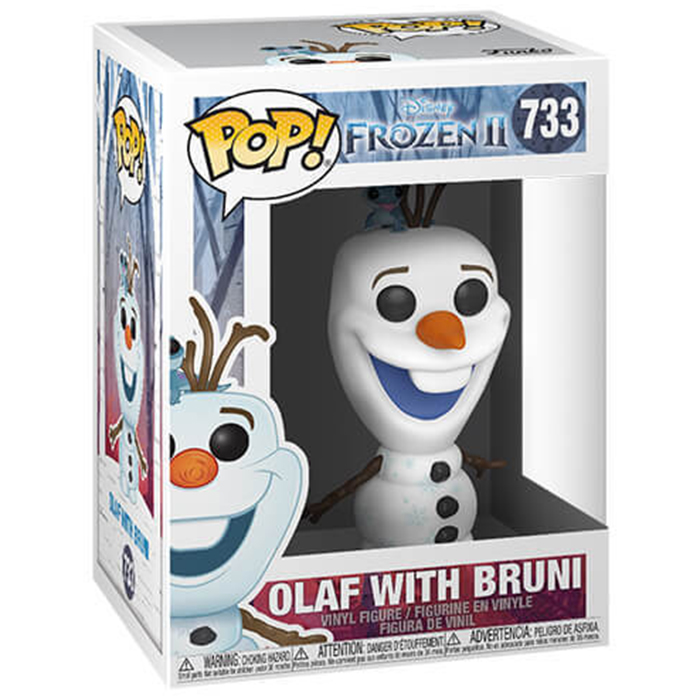