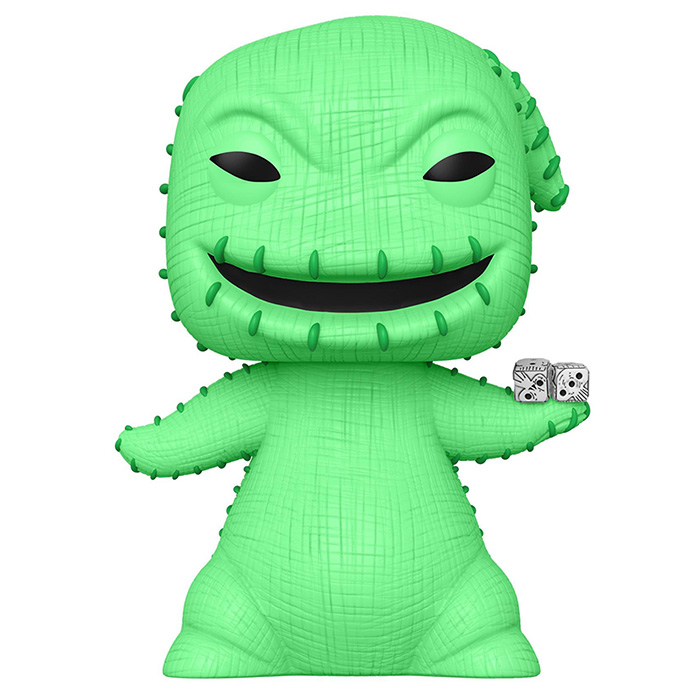 Oogie Boogie is one of the important characters in Mr. Jack’s Strange Christmas, the famous stop motion cartoon created by Tim Burton. In the town of Halloween, all the inhabitants are monsters, witches, vampires and other strange creatures. Ooogie Boogie is a kind of boogeyman, living in an underground lair. He acts a bit like a mobster with the three kids, Shock, Lock and Barrel under his command. When Jack, the town’s star, discovers Christmas and wants to throw the party instead of Halloween, Oogie Boogie orders his henchmen to kidnap Santa to learn more about him. 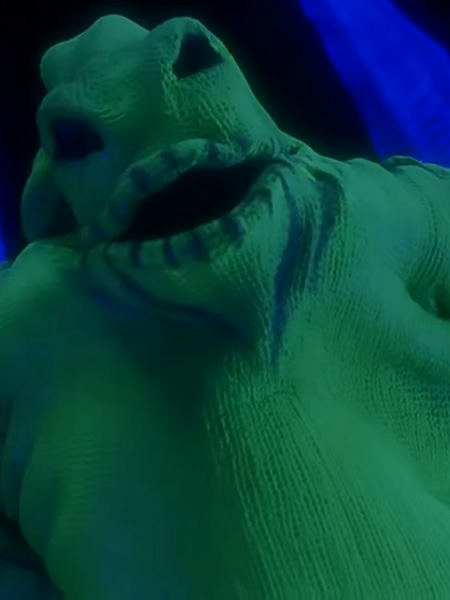 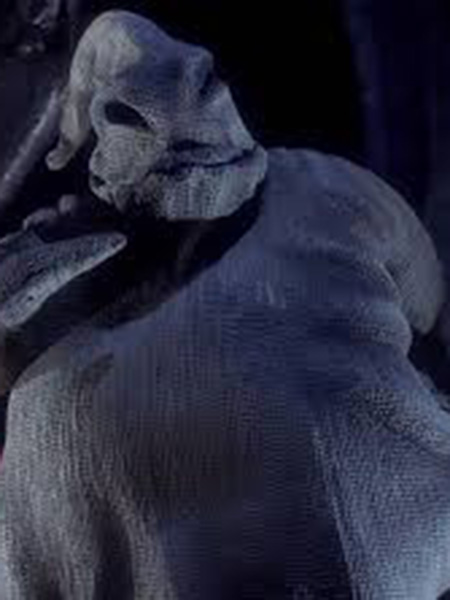 A Funny Bag of Cloth

Ooogie Boogie is shown here in a super sized 6 inch version and in glows in the dark as seen in one of his songs in the film. He is a character made of a kind of big canvas bag with a head and arms roughly drawn. The edges are roughly sewn with thick thread. Although he is normally beige in colour, he is shown here in the scene where he is lit in fluorescent green. He has a big smile and a threatening expression and holds two dice in one of his hands. 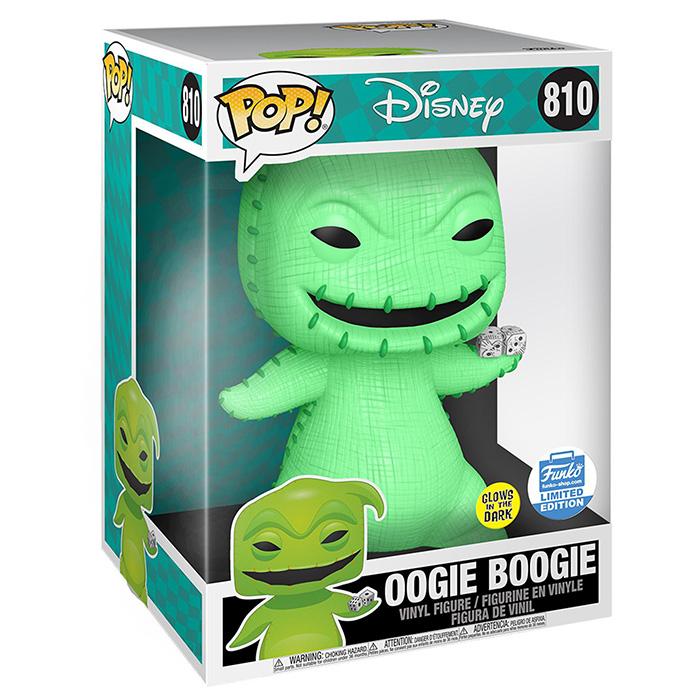