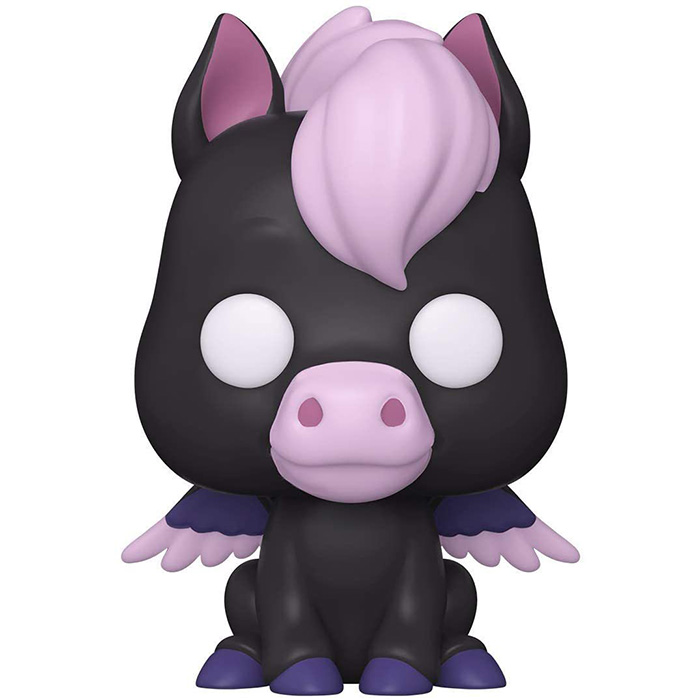 Peter Pegasus is one of the many characters in the Disney animated film Fantasia. Released in 1940, Fantasia is the third feature film from Disney Studios. While the two previous ones were inspired by a classical tale, Fantasia is a much more abstract work, Disney having wanted to put in image seven great pieces of classical music as he had already done in the Silly Symphonies. Peter Pegasus is one of the main characters in Beethoven’s Pastoral Symphony, which features a world inspired by Greek mythology, populated by centaurs and various creatures such as Peter, the young baby Pegasus. He is a very playful and enthusiastic little foal who is very important to learn to fly so that he can join his parents and play in the air with his brothers and sisters. 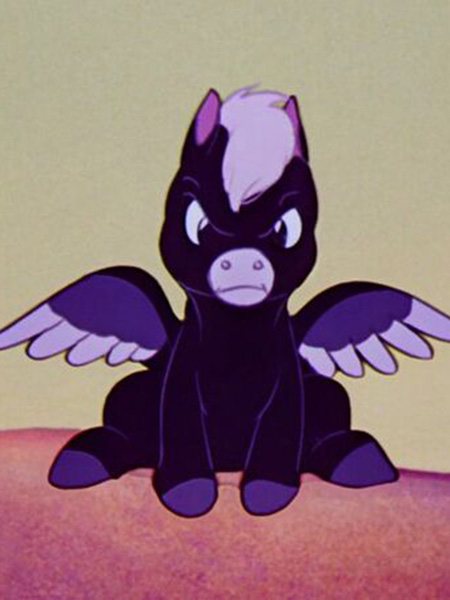 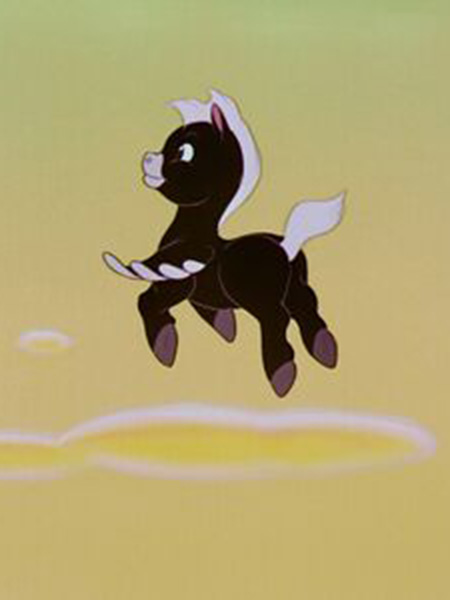 Peter Pegasus is a pegasus, that is to say a horse with bird wings. He is shown sitting on his hindquarters with his front legs between his back legs. His coat is entirely black but his hooves are purple and his muzzle is pink. The inside of his ears and his mane are pink. Finally, his wings, spread on his back, are purple with pink tips. 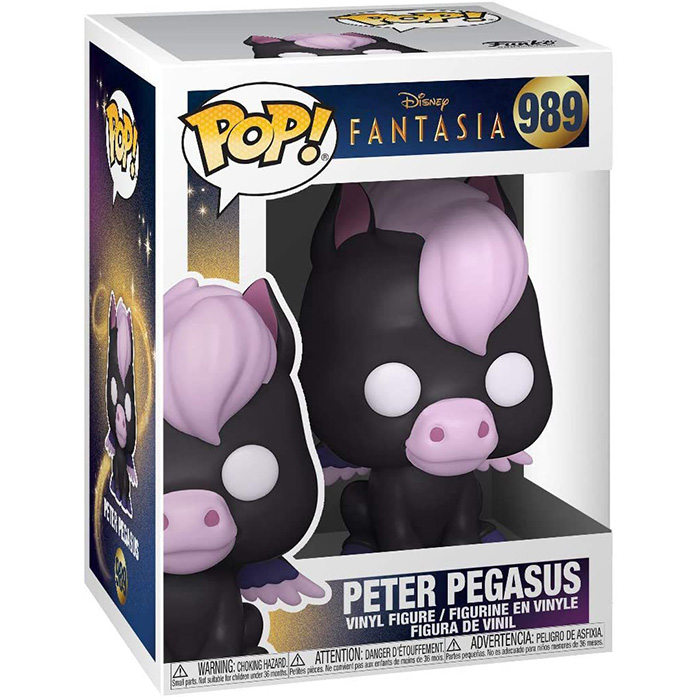