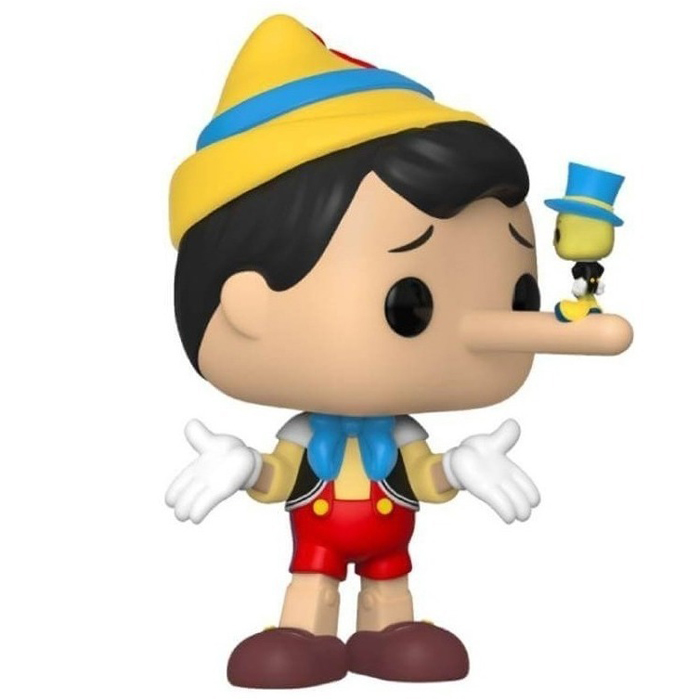 Pinocchio is the hero of the Disney cartoon of the same name based on the novel by Italian Carlo Collodi. At the beginning of the story, Gepetto, a poor Italian carpenter makes a puppet of a little boy. Since the boy has no children of his own, he wishes so hard to have one that the puppet comes to life, beginning to talk and move like a boy. But the young Pinocchio has a tendency to do a lot of foolish things and to get into impossible situations, such as ending up in the belly of a whale. On the other hand, his nose gets longer every time he lies. Fortunately, he is accompanied by Jiminy Cricket who acts as his conscience and he is also watched over by the blue fairy. In the end, the blue fairy fulfills Gepetto’s wish and makes Pinocchio a real little boy. 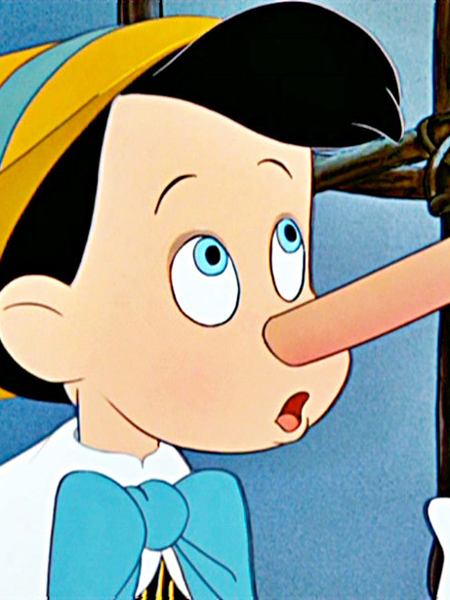 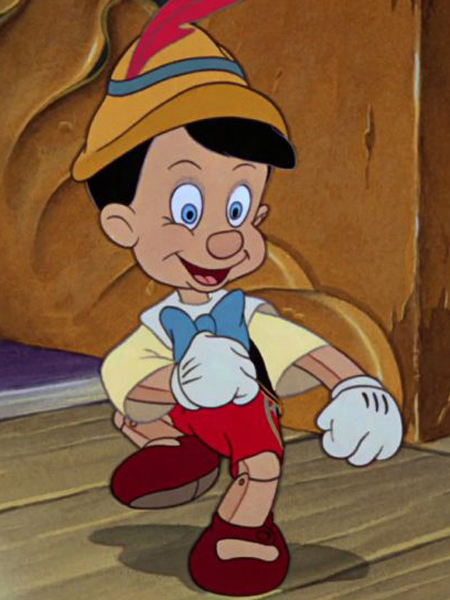 A boy and his conscience

Pinocchio is shown here with his nose having grown much longer and Jiminy Cricket resting on it. Pinocchio is dressed in red shorts with a yellow sweater with a big blue bow around his neck and a matching yellow pointed hat and small brown shoes. You can see from his legs that he is still a puppet. With his hands in this position, he has a slightly disconcerted expression. Jiminy Cricket looks a little angry and stands with his hands on his hips. He is wearing a stylish black jacket with tails and a blue top hat with a green band. 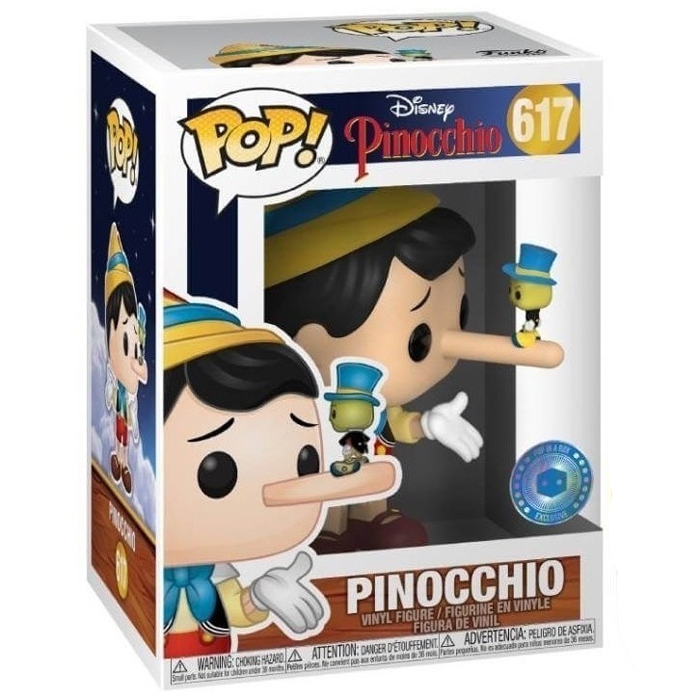