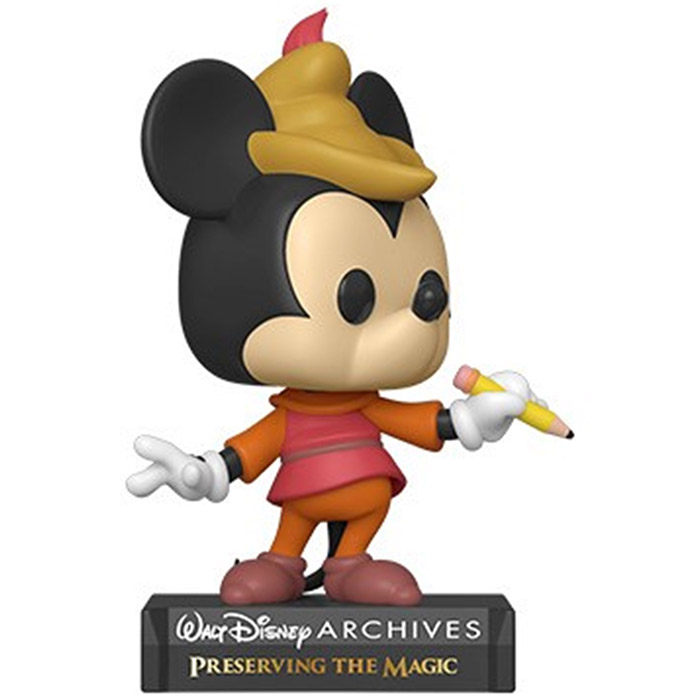 Mickey is the hero of the medium-length animated film Mickey and the Beanstalk, released in 1948 and mixing animation and live action as Disney had done with several films before that. It is inspired by the famous tale Jack and the Beanstalk. Mickey lives in a world where a magic harp keeps happiness and peace in the valley. But one night, it is stolen and this completely upsets the balance. Mickey and his farmer friends Dingo and Donald try to survive by sharing invisible slices of bread and a single bean. Mickey then goes to buy some magic beans and plants them at the full moon. At night, they grow so fast that they take the house into the clouds, leading the three friends to a huge castle in the clouds where a giant lives. 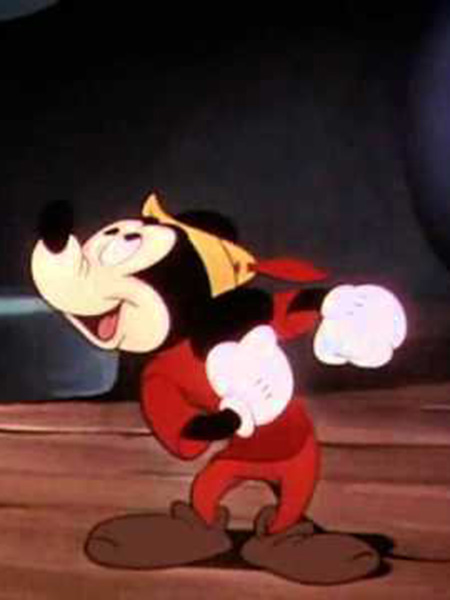 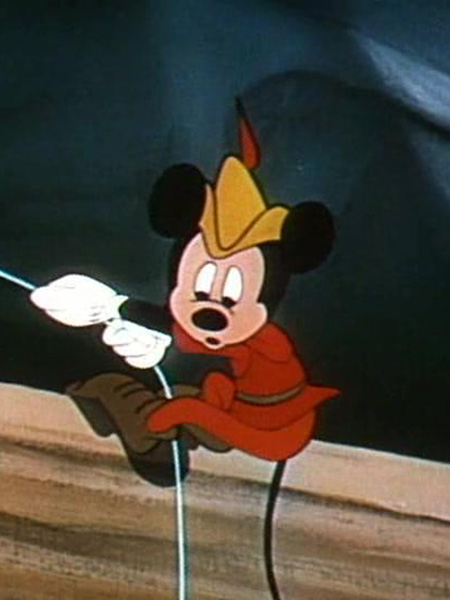 This figurine was created on the occasion of the fiftieth anniversary of the Disney Studios archives. It is a collection of five figures following each other as if each character was drawing the next and representing different eras of the famous character. He is thus represented with his costume vaguely inspired by the 18th century as he also wore it in the cartoon The Little Tailor. He wears orange trousers with a red and orange tunic with wide sleeves. He also wears white gloves and holds a pencil in his left hand to draw the next person on the list. On his head, he wears a small yellow hat with a feather on top. Finally, like the other figures in the collection, he is represented on a thick black base. 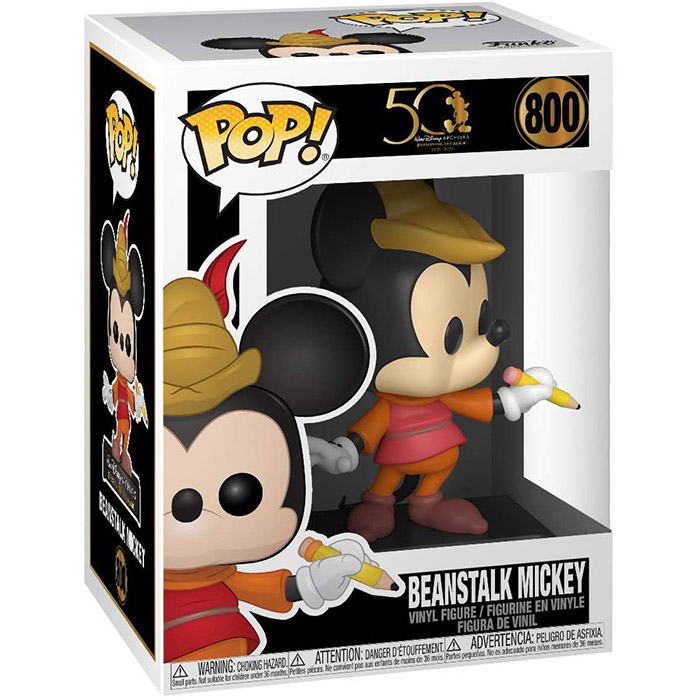