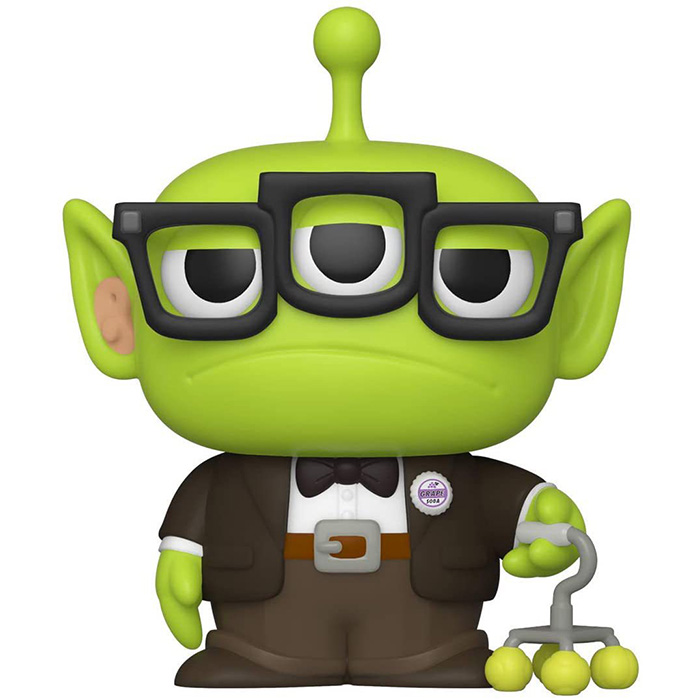 Carl is one of the main characters in the Disney cartoon Up. He is an old man who has become quite grumpy since the death of his wife who was the great love of his life. As developers pressure him to buy his house, he decides to realize his wildest dream. He turns his house into a kind of hot air balloon with hundreds of helium balloons that he hangs from the roof and heads for Angel Falls in South America, a place he and his wife had always dreamed of visiting. But just as he’s about to take off, a young boy scout comes knocking on his door and gets caught up in this incredible adventure. Carl is mixed for the occasion with one of the little aliens from the Toy Story cartoon that you meet in the arcade and that you can catch with the famous grappling hook. They consider Buzz Lightyear as a kind of god and, once liberated, start to follow him everywhere. 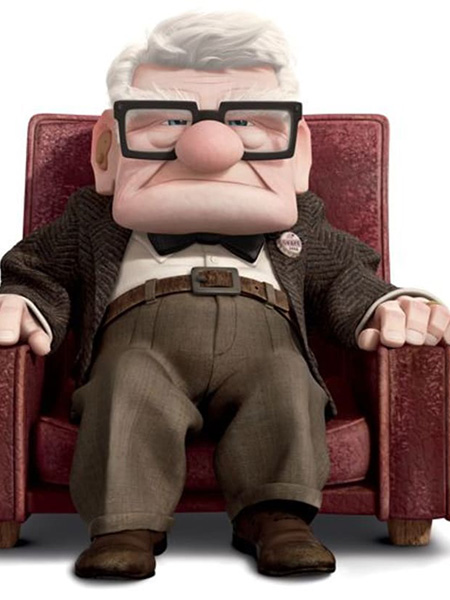 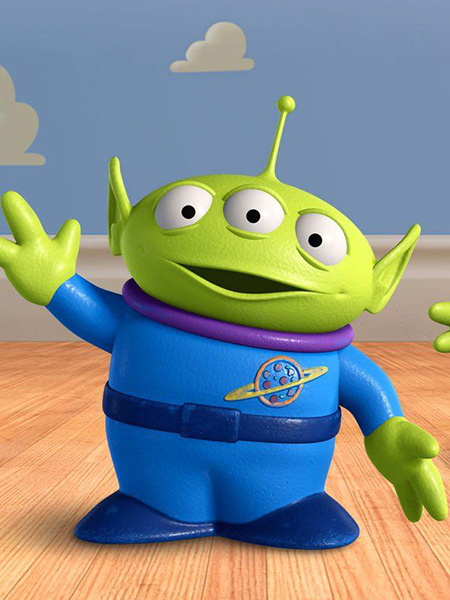 We find here a perfect mix between these two characters. He wears Carl’s slightly retro suit, brown with a bow tie and a belt worn very high at the waist. He also holds his famous cane with tennis balls at the end to avoid slipping. His body is green like the famous aliens and he has three eyes and a kind of antenna on the top of his head. We still find Carl’s glasses and his always displeased look. 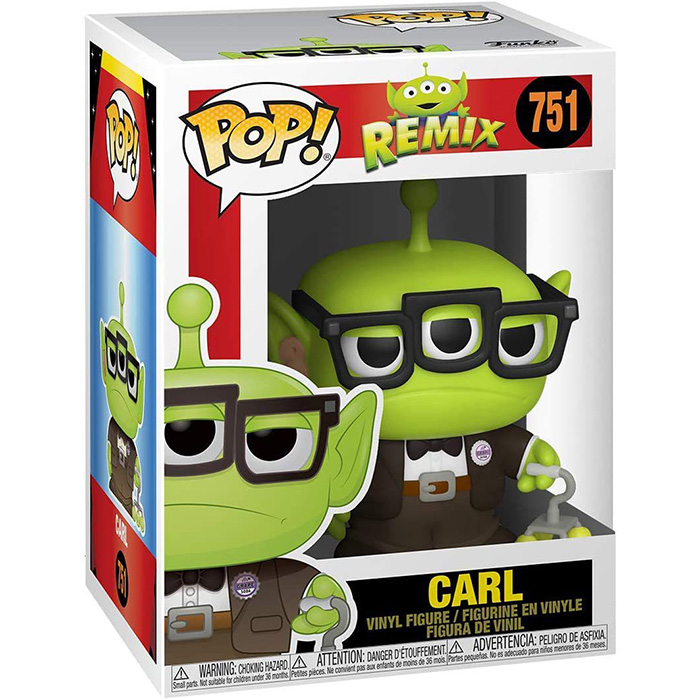