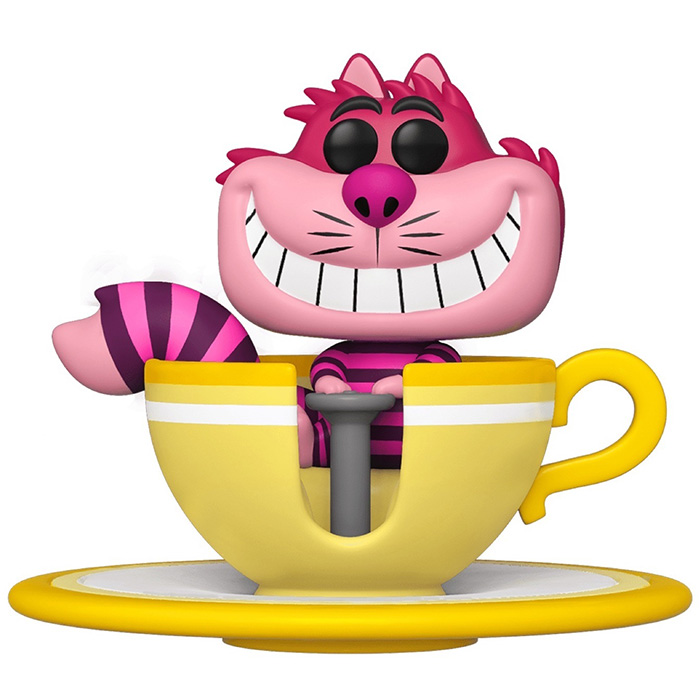 Everyone is crazy here

The Cheshire cat is an important character in Disney’s animated Alice in Wonderland, based on the famous novel by Lewis Carroll. It tells the story of Alice who follows a little white rabbit wearing a waistcoat and a watch as she gets bored during her lessons, and falls down his rabbit hole to find herself in an upside down world where everyone seems crazy. The cheshire cat is a cat that can disappear and reappear at will. Alice meets him in the forest when she tries to find her way back and he is not much help. This cartoon is the inspiration for the Disneyland Mad Tea Party attraction where you sit in a spinning tea cup and are placed on a spinning tray, which is placed on a larger spinning tray. 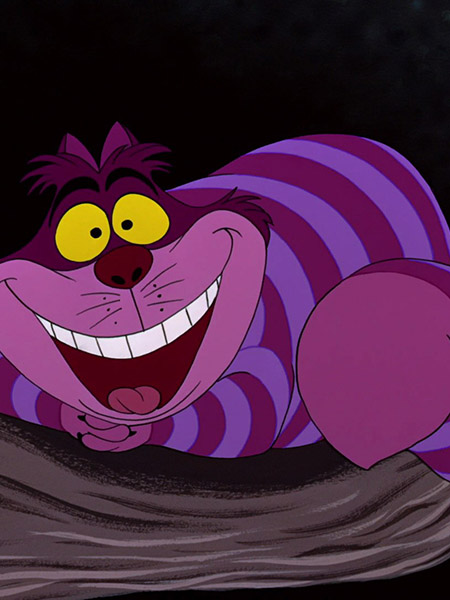 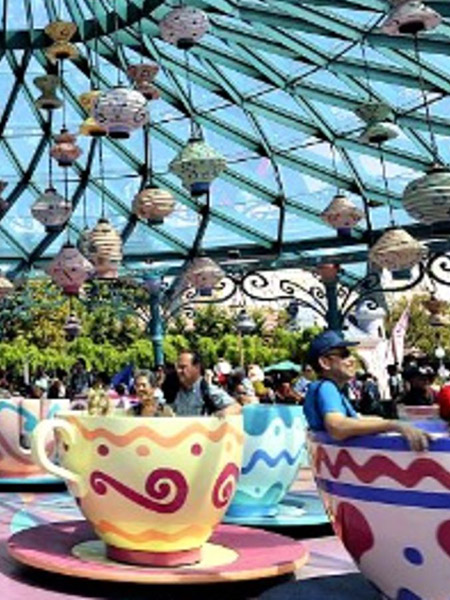 A cat in his world

The Cheshire cat is shown here in a cup from the famous Disney Studios attraction. This cup is yellow with lighter stripes at the top and resting on its saucer also in shades of yellow. The cup has a small opening which allows to see the wheel allowing to turn the cup and the cat sitting on the bench. The cat is in shades of pink with purple stripes on its body and its thick tail. As always, he has a very big smile widening his mouth and giving him that crazy look. 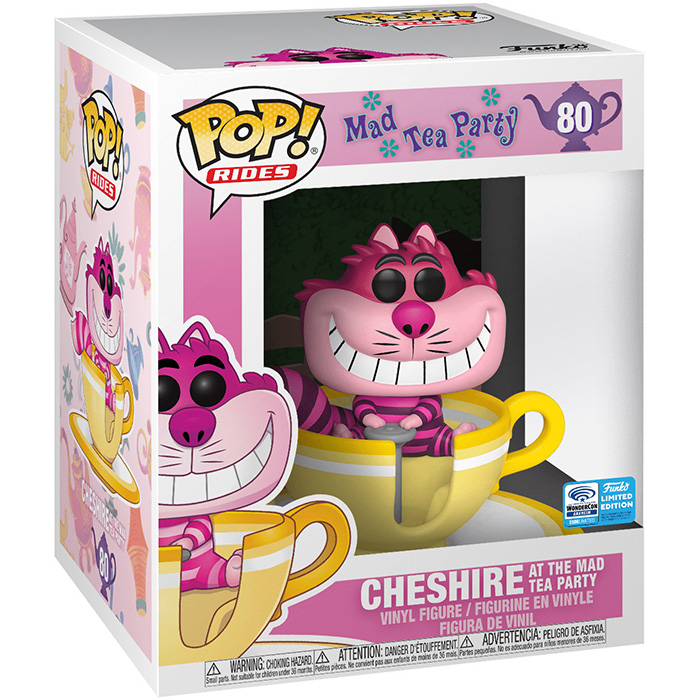