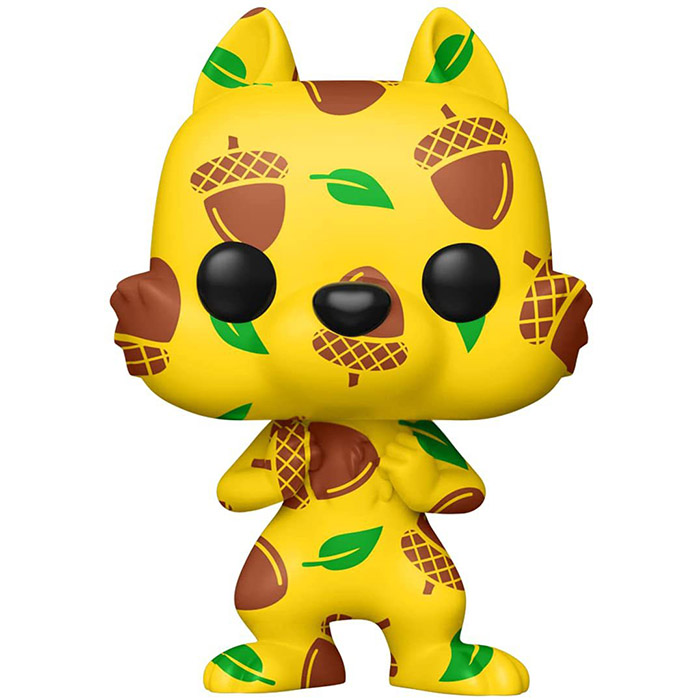 Chip is a chipmunk, a kind of small squirrel, the hero of several Disney short films and cartoon series. He is always accompanied by his friend Dale (Tac in French). They first appear as secondary characters in cartoons of Donald, Mickey and company. The first time, it is Pluto who crosses them in a cartoon where it is a soldier having to guard a tower in which the two friends store their nuts. Then, they become the noisy and always too active neighbours of Donald by living in the tree of his garden. They then had the right to their own cartoon series, Tic and Tac, the rangers of risk where they are more humanized. They play the role of rangers, wear clothes and live in human houses. Chip is the most serious of the duo, the most intelligent and the least impulsive. 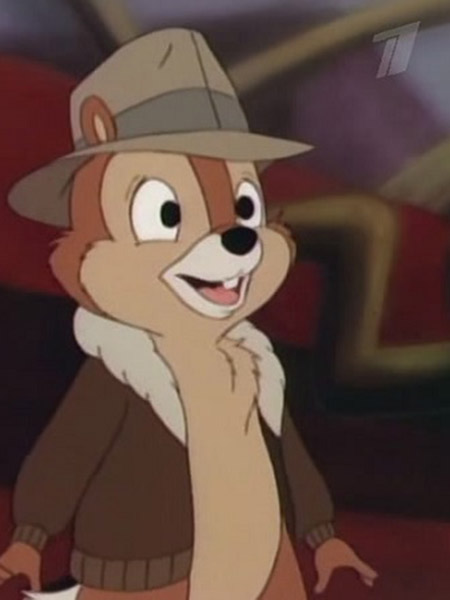 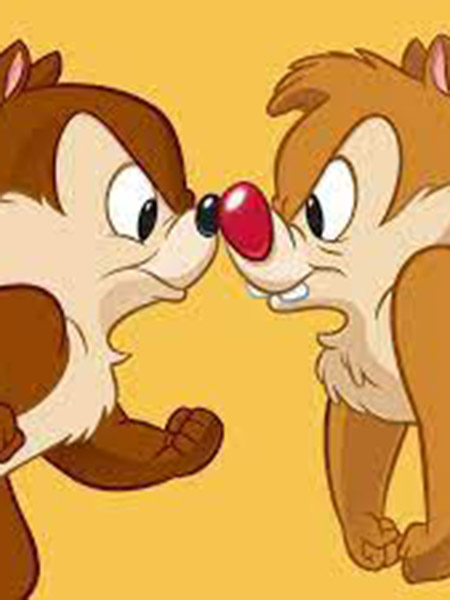 For this Art Series figure, Funko took the character’s shape with a setting inspired by his cartoon. The character is shown standing on his hind legs with his front legs holding the straps of his backpack. His little triangular ears and jowls are also well represented. The background of the figurine is yellow and covered with a pattern alternating hazelnuts and small green leaves to represent his love and obsession for hazelnuts. We also find his black eyes and his black muzzle. 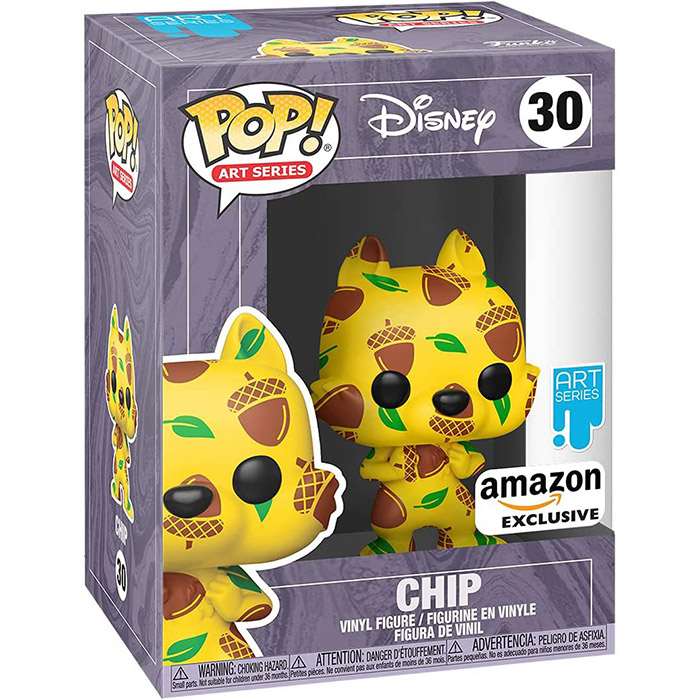